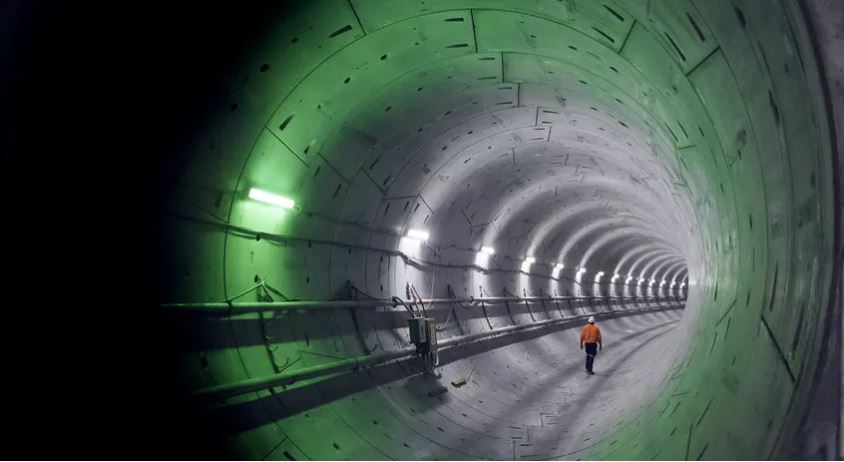 With 31 stations and 66km of new metro rail, Sydney Metro is Australia‘s biggest public transit project. Stage 2 of this massive undertaking will include a 30 kilometre extension of metro rail under Sydney Harbour and through new CBD stations.

Note from Storm: I was in the states of New South Wales and Western Australia for three weeks in the Fall of 2015, when I was keynoting three events in Sydney and Perth for the Planning Institute of Australia and the Green Building Council of Australia. 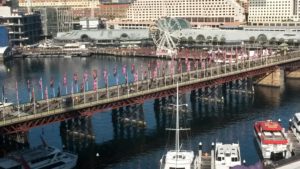 I loved Sydney, but noticed that the greatest irritants to being downtown were the long, frequent waits pedestrians had to endure at intersections. It struck be then that this lovely city could be made more livable and pedestrian-friendly via the simple expedient of increasing pedestrian crossing times, and decreasing crossing times for cars.

This approach would be in line with the policies of the world’s most visionary mayors, who are increasingly realizing that cars don’t just kill pedestrians: they kill cities. Making cities less car-centric is fast-becoming become a standard urban revitalization strategy.

That’s the cheap path to renewing the quality of life for Sydney pedestrians. Public transit is the cost-intensive, but essential, path to long-term sustainability. And they are pursuing that intelligent strategy in grand style.[End of note from Storm.]

On May 2, 2017, a consortium name METRON won the Underground Station Design and Technical Services (USDTS) contract as part of Stage 2 of the Sydney Metro project. Arcadis, a Netherlands-based global design and consultancy firm for natural and built assets and UK-based joint venture partner Mott MacDonald are METRON’s joint lead designers.

Greg Steele, Chief Executive of Arcadis Australia Pacific said: “Sydney Metro will be one of the most transformational projects in NSW since the Sydney Harbour Bridge and we are very excited to bring our combination of global experience and Australian depth of knowledge to the project. This win reinforces the strength of the Arcadis Australia Pacific business and continues our strong growth through winning nation-building projects.”

Stephen Giblett, Built Environment Sector Leader, Mott MacDonald Australia & New Zealand added, “We are very proud to be the joint lead designers on a key part of Australia’s largest public transport project and continue to apply our global metro expertise to Australian projects. The Sydney Metro will truly transform this great city and the underground station design services role METRON will perform is critical to this.”