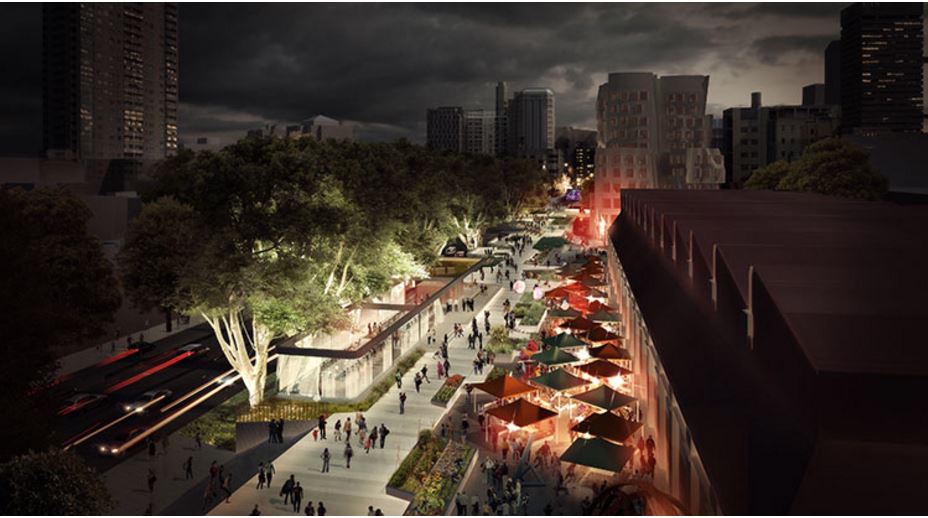 Sydney, Australia has joined the global trend towards revitalizing places by repurposing disused infrastructure, a la the famed High Line Park in Manhattan, NYC. In a similar (though smaller-scale) manner, they have transformed and abandoned rail line into an elevated park.

The 500m disused corridor, which dates back to the mid-1800s, has been converted into a long, thin recreational area with the help of traditional materials such as gravel, concrete, steel and timber.

The Goods Line, as it is called, is located in Ultimo, an inner-city suburb of Sydney, and is a New South Wales government initiative.

The Goods Line urban renewal project opens up a new pedestrian and cycle network from Railway Square and Ultimo to Darling Harbour. It also set new benchmarks for public domain, having won an Australian Award for Urban Design 2014.

The Goods Line North transforms a disused rail corridor running parallel with Harris Street and Darling Drive from the Ultimo Road rail underbridge to the end of Macarthur Street, Ultimo.

The Goods Line creates a new urban hub and connects more than 80,000 tertiary students, locals and visitors to the many major attractions of Sydney’s much-loved Darling Harbour. The corridor features a series of elevated spaces or platforms which can be used for a variety of public entertainment, recreation, study and other activities. It further connects arts, education and cultural institutions along Sydney’s Cultural Ribbon.

Sydney Harbour Foreshore Authority commissioned the unique design from ASPECT Studios and CHROFI, that captures and interprets the original heritage corridor, state significant rail underbridge and signal box. It is a great new public space for pop-up events, invigorating and bringing new activity into the precinct.

The Goods Line North is a stage of a larger project. The next stage will be to redesign The Goods Line South, which runs from Ultimo Road rail underbridge through to Railway Square. In total, the northern and southern sections will be approximately 500 metres long. 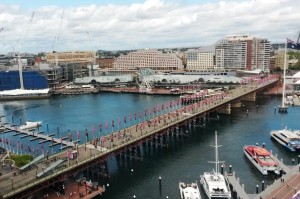 Note from Storm: I’m very happy to see that this wonderful project connects to Darling Harbour.

I stayed at the Sheraton Four Points Hotel (currently undergoing a major renovation) on Darling Harbour during both of my visits to Sydney in 2015, when I was keynoting events for the Planning Institute of Australia and the Green Building Council of Australia.

I found the location to be utterly charming. The gorgeous and historic Pyrmont Bridge has been repurposed as a pedestrian bridge. That visionary reuse was probably the most important single factor in Darling Harbour’s revitalization from a commercial port to a tourist destination.