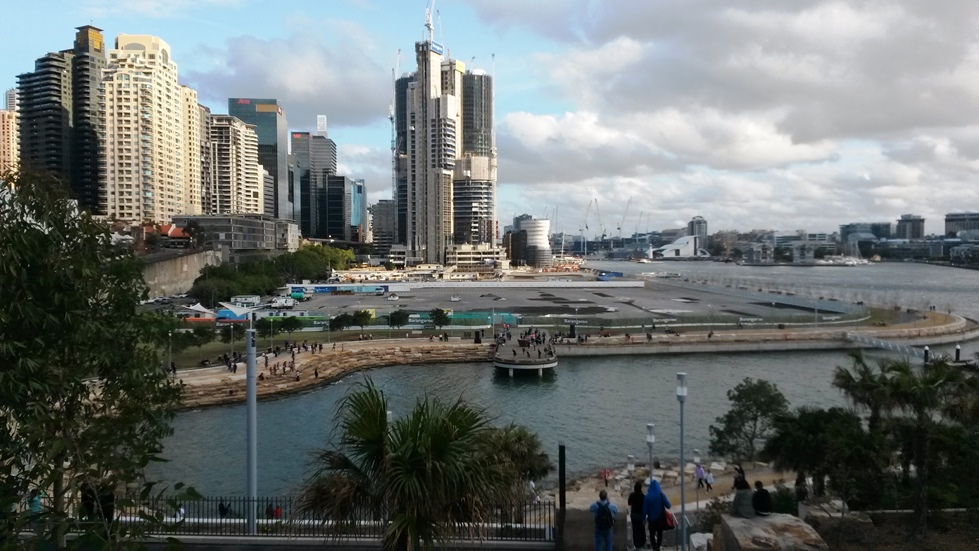 The managing director at LendLease for the massive waterfront redevelopment project know as Barangaroo South in Sydney, NSW, Australia, is Andrew Wilson. He describes the project as a “petri dish to test ideas that will help define the future of the build environment … and ensure we leave a positive legacy for the community”.

This is part of the property group’s ambitions to make the project the country’s first large-scale carbon neutral community. The project is also committed to the C40 Cities-Clinton Climate Initiative’s Climate Positive Development Program.

“If you didn’t have a large precinct looking for that carbon neutral/net positive water/sustainability tag, there’s little incentive to do it,” says Lee. “It’s not necessarily going to make a development more profitable, because there aren’t any financial incentives or rebates from government to do so [there are currently no national water efficiency measures for commercial buildings], and the cost of potable water is still relatively inexpensive. In order for net positive water to become the norm, we have to stop undervaluing water. If the price of potable water was more, and government provided incentives to be net positive water, it would start to drive the economics of doing this.”

This net positive approach, especially if replicated elsewhere in Sydney, should help restore water quality in their huge harbour.

See full article by Annie Kane in The Guardian.