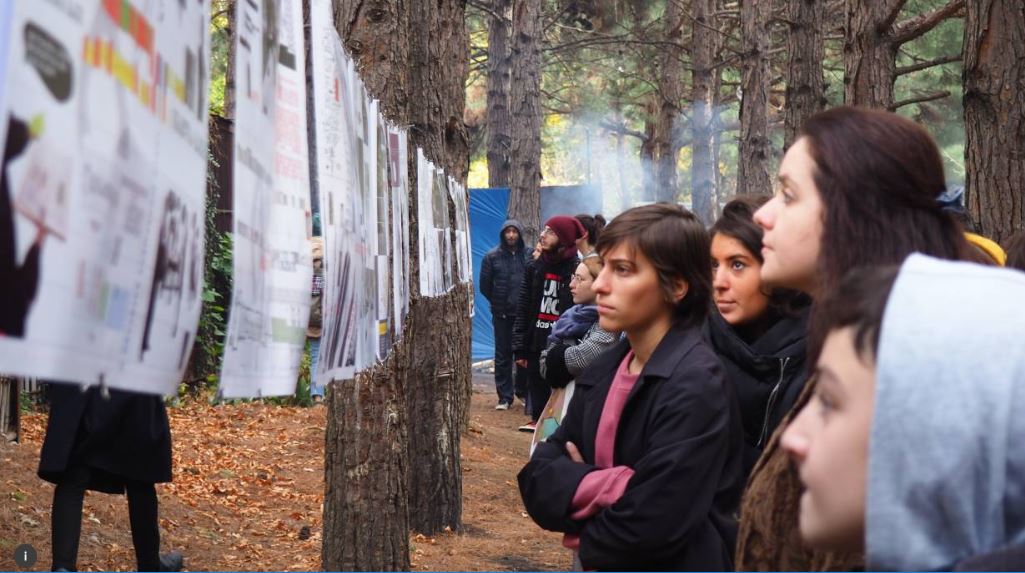 In the Georgian capital of Tbilisi, residents have redrawn the map and come up with innovative ways for locals to congregate in their ancient and fast-changing city.

A boxing ring was built on a bridge. Next to it, architects installed art to amuse commuters as they hurried over the river.

The grimy gaps between garages were turned into a “stadium” where locals could face off over dominoes. Inside the disused garages, bakeries, barbers and beauty salons plied their trade. 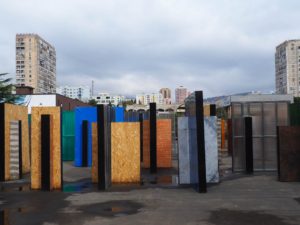 It is not how most cities do public spaces, but Tbilisi—which stands at the crossroads of Europe and Asia—has a long history shaped by diverse masters, all of whom left their architectural imprint on the Caucasus.

As the city shakes off decades of Soviet rule and reinvents itself again, developers have bent once-tight planning rules and a building boom is underway – one that is changing the face of the city and jeopardising the open areas where Georgians meet.

“Left behind … (in) the construction boom, public spaces are still important and constitute a resource, a big treasure to be preserved,” says Nano Zazanashvili, head of the urban policy and research division at Tbilsi’s Department of Urban Development, a city office. “The main challenge of the City Hall is to protect these areas.”

Flat dwellers in this northeastern sprawl live in the sort of anonymous, concrete blocks typical of any Soviet city. 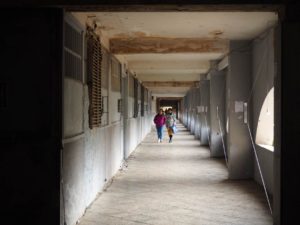 Beauty is not their selling point, so in the 1990s architects installed informal shops, a hotel and a boxing gym on the bridge, which connects two identikit micro-districts.

The bridge building was part of an outdoor exhibition created for the Tbilisi Architecture Biennial earlier this year.

The event – the first since Georgia regained independence in 1991 – brought together experts to study the city’s rapid transformation and to involve locals in the debate.

“It is the very beginning, not even a first step,” Tinatin Gurgenidze, co-founder of the Biennial, told the Thomson Reuters Foundation. “The local community needs to understand what is the necessity of working on these issues.”

Downtown, the cityscape makes for an eclectic backdrop. Deco mansions jostle with Soviet constructivism. Ancient sulphur baths and tiny churches squat at the feet of futuristic skyscrapers, while rickety wooden houses lean into the hills, their gaily painted balconies perched in thin air.

Much of this history is fading into oblivion, sagging walls propped up with outsize beams to stop whole ghost streets crashing to dust. Other parts of town are bulldozed and built over. 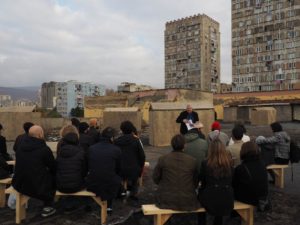 The city centre is a decade into a frenetic construction boom, but the drab Gldani suburb mostly cleaves to its 1970s integrity, an era when uniform blocks were built to accommodate workers relocated from older, central neighbourhoods.

This dormitory suburb became the area of the city with the highest density of population. As communism and central control began to crumble, residents stole the chance to tack on ad-hoc balconies, garages and makeshift gardens.

With Georgian independence came a headlong rush to architectural deregulation, free of any supervision or control, changing the look, feel and use of once sacred public spaces.

“People came up with their own solutions to the problems,” said Gurgenidze, who trained in Georgia as an architect. “The informal structures need to be taken into consideration when decision makers and architects plan the future of these areas.”

Take the garages – erected in front of flats to park cars in the 1990s, they were later transformed into basic fruit and veg shops, bakeries, barbers and beauty salons.

Rented for 40-100 lari ($15 to £38) a month, the self-declared shops generate extra income for the residents and many were legalised after the fact into formal commercial spaces. Now they face a possible next life.

The mayor of Tbilisi, former soccer star Kakha Kaladze, this year launched an initiative with local backing to replace the ‘garages’ with playgrounds or gardens. So far, the plan has had limited success.

But according to architect Nikoloz Lekveishvili, locals are regaining the tiny spaces in between to play dominoes, soak up the greenery and relax with neighbors. “People see this public space as an opportunity,” he said.

Lali Pertenavi, an artist who grew up in Gldani, temporarily turned Block 76 – a local residential building – into an exhibition space in October as part of the biennial. Residents opened their homes to artists, who in turn transformed them into social spaces recalling the best of Soviet-era collectivism.

While a masterplan for the whole city is under discussion at municipal level, public spaces for ordinary people are low in the pecking order of priorities.

“Public spaces and green areas are a hot topic in the local debate but people don’t have enough time to fight for it,” said Anano Tsintsabadze, a lawyer and activist managing the Initiative for a Pubic Space, an NGO that focuses on urban planning and supports residents fighting for public spaces.

In parts of the city, such as Saburtalo and Didi Digomi, the community is slowly mobilising against the privatisation of public spaces amid a drive to keep them free and accessible.

“The social tissue has grown more than the local government. People know what happens in Europe and are asking for more organised, clean urban spaces,” said architect Nikoloz Lekveishvili, co-founder of Timm Architecture, an international network stretching from Milan to Moscow, Istanbul to Tbilisi.

This article was reported by Simone d’Antonio and written by Lyndsay Griffiths. It originally appeared December 12, 2018 on the Thomson Reuters Foundation website. Reprinted here with permission.