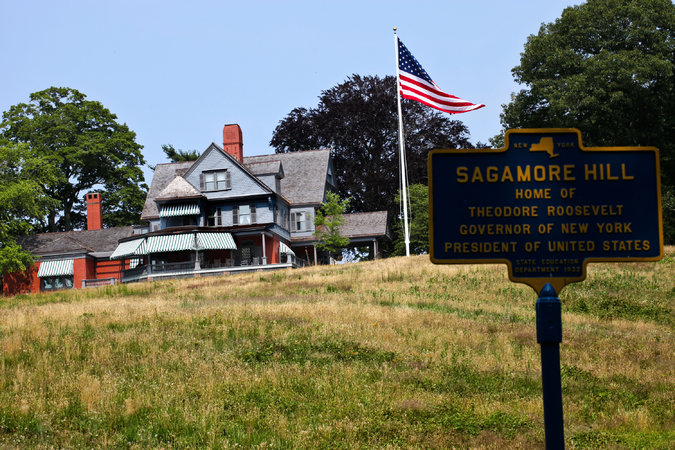 The big house has been a pretty lonely place for a while now. It has been three and a half years since the public has been able to walk through Sagamore Hill, Theodore Roosevelt’s sprawling family home near Oyster Bay on the North Shore of Long Island.

In December 2011 the doors closed, most of the artifacts were shipped out and crews of workers moved in for a $10 million restoration. Strollers on the grounds have been able to sit on its big front porch or press their noses to the windows, but the house itself has been locked up tight.

That changed on July 12, 2015, when the National Park Service, manager of the property, threw open the doors, celebrating the event with the kind of reopening ceremony that Teddy would relish.

As for visible changes, there is one big addition and one big subtraction, but that’s it. An extension of the kitchen at the rear of the house, tacked onto the maid’s porch in the 1950s, is gone. Inside, a light and air shaft removed around the same time has been reinstalled, improving the air flow and cutting down on condensation that was causing serious problems. Most of the restoration money went toward big-ticket but invisible work, much of it on the infrastructure. The boilers were replaced, the electrical wiring redone, the lighting modified and the security systems updated.

Oyster Bay and Sagamore Hill were the places Theodore Roosevelt held nearest and dearest. He died in the big house on the hill. You can see the bed where he told his wife, “I wonder if you will ever know how I love Sagamore Hill,” just hours before he breathed his last, on Jan 6, 1919.

He is long gone, but the house lives on, an enticing entryway to the past, and surely the most vividly personal of the presidential shrines.