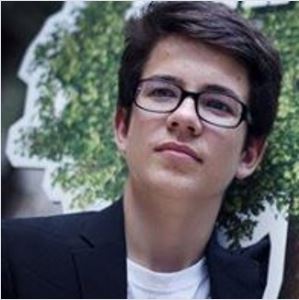 The last time most people heard of Felix Finkbeiner, it was 2011, he was 13 years old, and he was addressing the United Nations about climate change and social/environmental justice.

Four years earlier, Felix had created Plant-for-the-Planet a non-profit children’s initiative that aims to raise awareness amongst children and adults about the issues of climate change and global justice. And planting trees. By the time of that UN talk, they had already planted over one million trees. 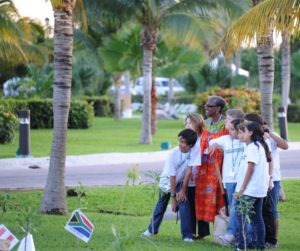 Plant-for-the-Planet group at UN Climate meeting in Cancun, Mexico in 2010. Photo by UNclimatechange via Wikipedia.

Together with the UN’s Billion Tree campaign, they have now planted over 14 billion trees in over 130 countries. In the process, they raised their goal to planting a trillion trees: that’s 150 trees for each human on the planet.

The idea for Plant-for-the-Planet was first developed in Germany in 2007 by a nine-year-old Felix. One of Felix’s teachers assigned the class to prepare a school report about the issue of climate change, and Felix was inspired to do something.

While conducting his research he came across the story of Wangari Maathai, the Nobel Peace Prize Laureate from Kenya who had worked to plant over 30 million trees across Africa as part of her Green Belt Movement. At the end of Felix’s class presentation he shared the idea that the children of the world could plant 1 million trees in every country on Earth.

On March 28, 2007 the first tree was planted in Felix’s school, thus marking the official launch of Plant-for-the-Planet.

Now, in 2017, Plant-for-the-Planet has an army of 55,000 “climate justice ambassadors,” who have trained in one-day workshops to become climate activists in their home communities. Most of them are between the ages nine and 12.

How effective are they? The United Nations has transferred stewardship of its Billion Tree campaign to them.