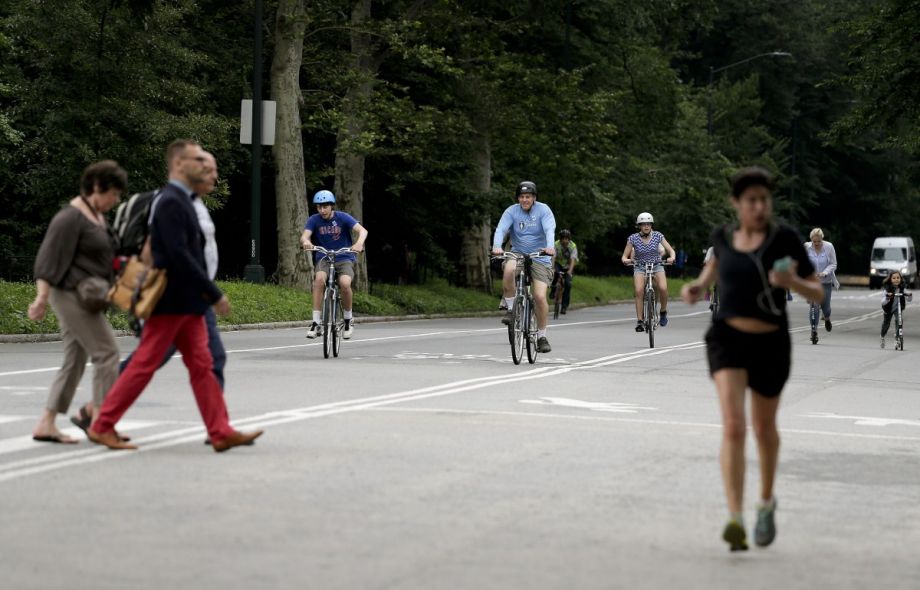 Note from Storm: The transitory benefits of closing streets to cars are great, such as giving people a safe, relaxed way to rediscover downtowns and neighborhoods. But the larger benefit might be that it helps people visualize just how nice their community would be, without cars. This can go a long way towards paving the way (politically) for the approval of plans (such as the ones recently adopted in Paris and Los Angeles), that focuses transportation planning on pedestrians, bicyclists, and public transit, making automobile travel ever less convenient.

From the article: This fall, the City of San Jose and the Silicon Valley Bike Coalition will close off six miles of streets from cars — leaving the road open for biking, walking, playing and skating.

The inaugural “Viva CalleSJ,” announced this week, will take place on October 11, 2015.

San Jose is joining a number of other cities that have already hosted open streets events, including Los Angeles, California,Guadalajara, Mexico, and Bogota, Colombia.

“These events promote and encourage people to replace daily car trips with bicycling, walking and public transportation, which is an integral part of our mission,” said Shiloh Ballard, executive director for the Silicon Valley Bicycle Coalition, in a press release.