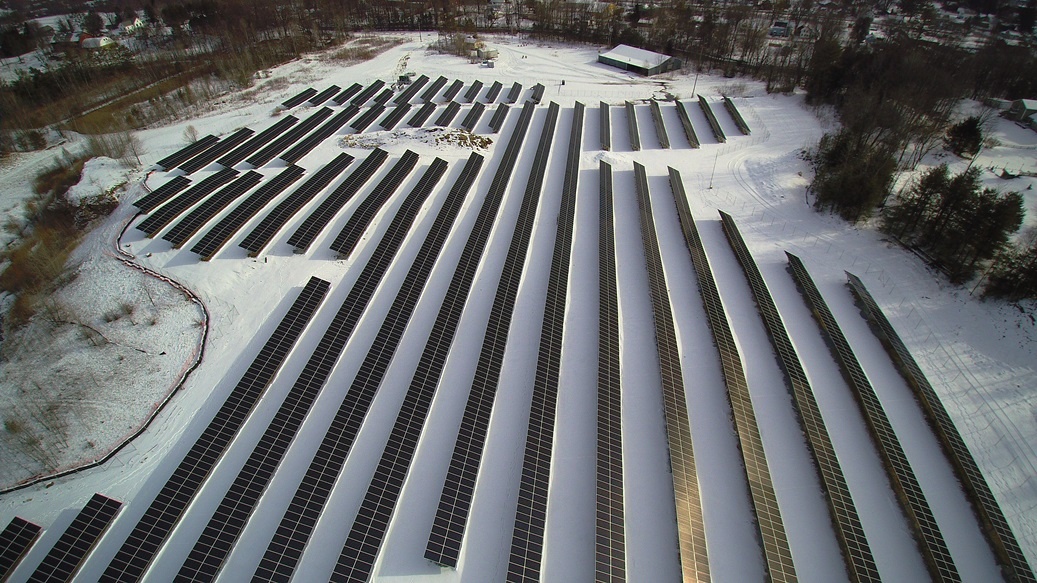 Readers of REVITALIZATION have seen a number of articles about brownfields and closed landfills in Vermont being repurposed as solar energy farms, mostly by Encore Energy. Now, thanks to intelligent policies, the little state has attracted additional such companies. If this keeps up, Vermont will soon run out of unproductive land. 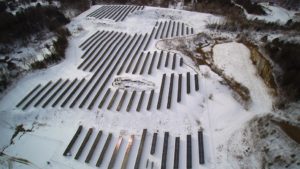 “Sited on a 49.6-acre parcel of land that once served as a gravel pit and hot-mix asphalt plant, this project exemplifies how old industrial land or ‘brownfields’ can be repurposed to bring clean energy onto the grid and create a win-win for all involved,” said Thomas Hand, MHG Solar. “Projects like this pave the way to a better, cleaner future for Vermont.”

Completed and commissioned in January, the 9,018 solar panel ground-mount array is projected to produce 3,291,000 kilowatt hours of electricity in its first year. The estimated carbon offset is equivalent to the CO2 emissions from 406 homes’ electricity use for one year and 296,750,995 smartphones charged.

“Solar projects like this one in Wallingford are critical for Vermont to reach its goal to receive 90% of its energy from renewable sources by 2050,” said Eric Partyka, Director of Business Development, Standard Solar. “The project, resulting from a great partnership between MHG Solar and Standard Solar, will reduce the need for fossil fuels and bring clean, quiet solar energy to the Vermont economy and its citizens.”

The power purchase agreement (PPA) is with VEPP,Inc., the Standard Offer Facilitator for existing and new Standard Offer Projects. In its role as a facilitator, the corporation acquires electric power from Vermont renewable resources and then distributes it to all 17 Vermont utilities on a pro rata basis. It manages a renewable power portfolio of nearly 100 MW.

Standard Solar, which has over 100 megawatts of solar generation installed, is owned by Énergir, an energy provider with more than $5.8 billion in assets.