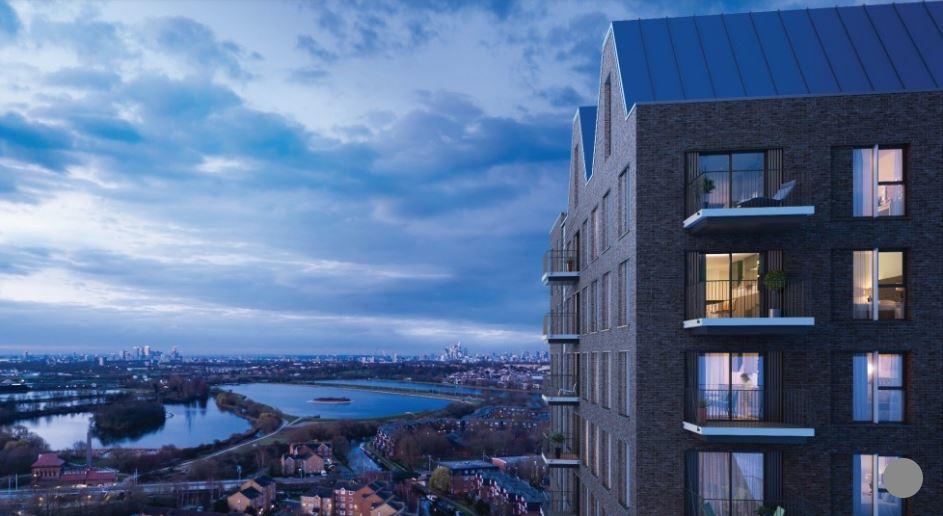 Best known as the home of Premier League football club Tottenham Hotspur, the Tottenham area of North London, England is also making a name for itself as a fashionable place to live.

Over £1 billion in public and private investment has transformed this formerly-deprived area into a haven for property buyers and renters seeking more affordable house prices than the London average.

The largest of London’s 30 Housing Zones earmarked by the government for accelerated growth, Tottenham’s huge potential is being fully tapped with plans to deliver 10,000 new homes and create 5,000 new jobs by 2025.

The new £850 million Tottenham Hotspur stadium will add more amenities to the local area, while Transport for London (TfL) has invested over £100 million building a new Underground, rail and bus station at Tottenham Hale, increasing the frequency of rail services and improving the local road network.

Tottenham Hale is also the site of new residential projects, most notably the Lock17 redevelopment of an island site just five minutes’ walk from the new transport terminal. Developed by Waterside Places, a joint venture between Muse Developments and the non-profit Canal & River Trust, Lock17 will feature 500 affordable homes and retail space in a picturesque waterside location just 11 minutes from Central London.

On the banks of the River Lea, overlooking Paddock Community Nature Park and Walthamstow Wetlands, Lock17 offers an idyllic setting that brings the great outdoors to the city. The surrounding Lea Valley Regional Park comprises over 10,000 acres of protected conservation area and wildlife sanctuaries, offering plenty of opportunities for walking and cycling, watersports, bird watching or just enjoying the fresh air.

The local area has everything required for contemporary city living, from cafes, bars and restaurants to independent retailers and global brands at Tottenham Hale Retail Park. The wider Tottenham area is fast becoming a creative hub in the north of the capital, where disused warehouses are being given a new lease on life by start-ups and art studios.

Living in Tottenham puts the city’s iconic sights, finance and cultural centers and world-class universities within easy reach from the new Tottenham Hale station. Kings Cross and Victoria rail stations are less than 20 minutes away by Tube, for travel across the UK and Europe, and it’s not much farther to Stansted Airport and Heathrow airports for international connections. The proposed Crossrail 2 high-speed service will make journeys even faster and more frequent in the years ahead.

The first phase of the Lock17 development currently underway is Rise, a 21-story residential tower of 141 apartments and suites on the banks of one of London’s major rivers. This traditional wharf-style building was designed by architects Allies and Morrison to pay tribute to the area’s industrial waterside heritage, particularly the old watermill that used to occupy the site.

Inside, the spacious studios and one and two-bedroom apartments follow a more contemporary design aesthetic with open-plan living spaces, white porcelain en-suites, integrated wardrobes and private balconies offering far-reaching panoramic views of the river, wetlands and city beyond. All residences will benefit from underfloor heating and video entry systems to ensure comfort and security.

Rise at Lock17 is estimated to be completed in the first half of 2020.

Image courtesy of Allies and Morrison.