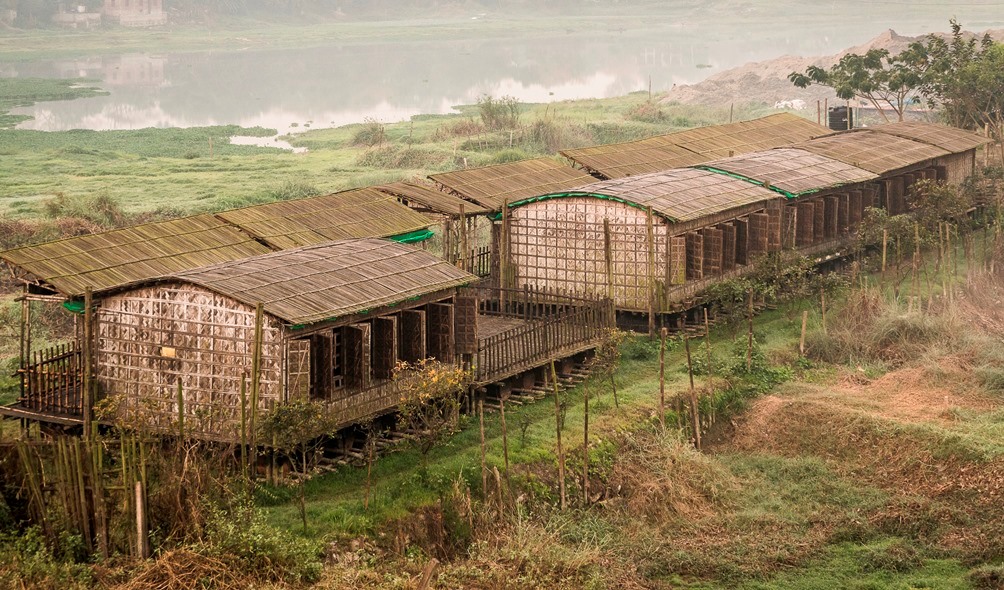 The Aga Khan Award for Architecture is part of the Aga Khan Development Network (AKDN). It currently operates 1,000 or so programs and institutions in 30 countries, many of which date back over 60 years (some over 100). 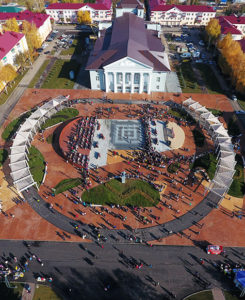 It employs approximately 80,000 people, the majority of whom are based in developing countries.

All surpluses generated by AKFED’s project companies are reinvested in further development activities, usually in fragile, remote or post-conflict regions.

This year, on August 29, 2019 in Kazan, Russia, the winners of the 2019 Aga Khan Award for Architecture were announced.

The winners, who will share US$ 1 million among them, are:

Revitalization of Muharraq, which highlights the World Heritage site’s pearling history, was first initiated as a series of restoration and reuse projects. The project evolved into a comprehensive program that aimed to re-balance the city’s demographic makeup by creating public spaces, providing community and cultural venues, and improving the overall environment.

Arcadia Education Project, in South Kanarchor, a modular structure – incorporating space for a preschool, a hostel, a nursery and a vocational training centre – that takes a novel approach to a riverine site that is often flooded for five months every year. Rather than disrupting the ecosystem to create a mound for building, the architect devised the solution of an amphibious structure that could sit on the ground or float on the water, depending on seasonal conditions.

Palestinian Museum, in Birzeit, which crowns a terraced hill overlooking the Mediterranean and is the recipient of the LEED Gold certification because of its sustainable construction. The zigzagging forms of the Museum’s architecture and hillside gardens are inspired by the surrounding agricultural terraces, stressing the link with the land and Palestinian heritage.

Public Spaces Development Programme, in the Republic of Tatarstan, a program that, to date, has improved 328 public spaces all over Tatarstan. The ambitious programme sought to counter the trend toward private ownership by refocusing priorities on quality public spaces for the people of Tatarstan. It has now become a model throughout the Russian Federation.

Alioune Diop University Teaching and Research Unit, in Bambey, where a scarcity of resources led to the use of bioclimatic strategies, including a large double roof canopy and latticework that avoids direct solar radiation but allows air to flow through it. By employing locally familiar construction techniques and following sustainability principles, the project succeeded in keeping costs and maintenance demands to a minimum, while still making a bold architectural statement.

Wasit Wetland Centre, in Sharjah, a design that transformed a wasteland into a wetland and functioned as a catalyst for biodiversity and environmental education. While its indigenous ecosystem has been restored, it has also proven to be a popular place for visitors to appreciate and learn about their natural environment. 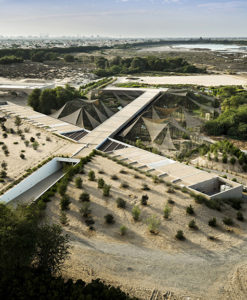 The Aga Khan Award for Architecture’s mandate is different from that of many other architecture prizes: it not only rewards architects, but also identifies municipalities, builders, clients, master artisans and engineers who have played important roles in the realization of a project.

Prizes have been given to projects across the world, from France to China. Architects and planners from New York to Dhaka have received one of 122 awards. During the nomination process, more than 9,000 building projects have been documented.

The Award was established by His Highness the Aga Khan in 1977 to identify and encourage building concepts that successfully addressed the needs and aspirations of communities in which Muslims have a significant presence.

The Award recognizes examples of architectural excellence in the fields of contemporary design, social housing, community improvement and development, historic preservation, reuse and area conservation, as well as landscape design and improvement of the environment.

Since the Award was launched 42 years ago, 122 projects have received the award and more than 9,000 building projects have been documented.