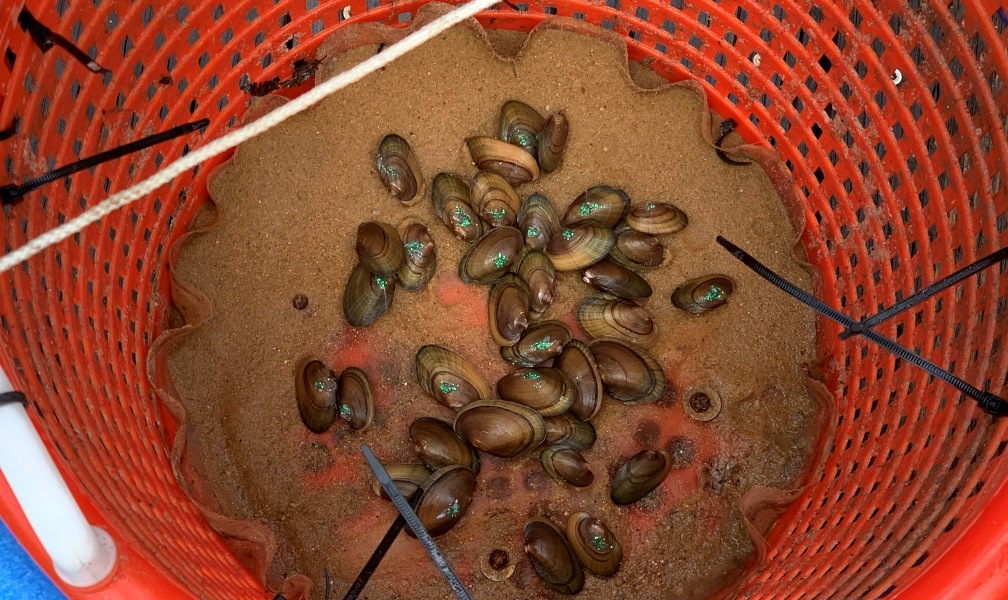 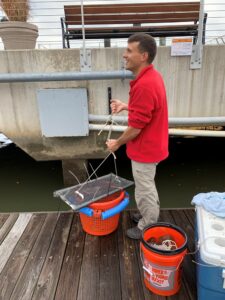 Working with Maryland Department of Natural Resources (DNR) and National Harbor, this project is part of Potomac Riverkeeper’s ongoing efforts to restore the Potomac River and Chesapeake Bay, into which the river flows.

The project helps decision makers better understand the impacts of climate change and how native mussels help build both physical and economic resilience.

Mussels are so valuable to maintaining water quality — they filter nutrients, toxins, and sediments.

The mussels population in the Potomac has suffered but because of their importance, the Potomac Riverkeeper Network launched the Million Mussel Project to return them to the river so they can do their part to improve water quality for humans river dwellers alike.

Freshwater mussels like Eastern Lampmussel, and Alewife floaters are among 16 species native to the Potomac River and its Maryland tributaries, and once existed in the millions, similar to the oyster populations in the Chesapeake Bay.

Like oysters, mussels are effective at removing nutrients and toxins, filtering out sediments and improving water quality.

Scientific opinion is unanimous that mussel recovery is an important part of improving the water quality in the Chesapeake Bay; both Maryland and Virginia’s departments of environment have expanded their commitment to the recovery of mussel populations.

PRKN has been monitoring at the National Harbor development in Oxon Hill, Maryland for water quality, bacteria, turbidity, pH and other factors since spring of 2019 as part of their community science bacteria monitoring program.

In 2019 they partnered with National Harbor, Oasis Marinas and Maryland Department of Environment (DNR) to launch the 50 Million Mussel Project with the installation of a mussel nursery adjacent to a floating lab housed on MV Sea Dog at National Harbor. 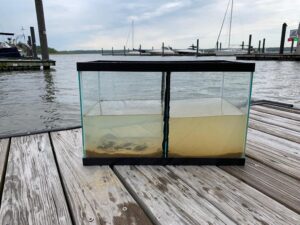 A dramatic demonstration of how a few mussels can clarify turbid water.

Early analyses indicate that this location has reached a suitable environmental state for sustaining a vibrant wild mussel population as well as a floating wetland ecosystem.

The primary threat to mussel survival is sediment from stormwater erosion upriver, which can smother the mussel beds, and causes turbid conditions that prevent sunlight penetration needed for underwater grasses that provide protection and food supply for host fish younglings.

Host fish are a critical part of the mussel life cycle. Climate change and increased urbanization contribute to extreme rain events that cause stormwater erosion of stream banks and the movement of surface pollutants into waterways.

Suspending oysters in baskets above the river bottom has proved to increase their survival in the bay environs, as the baskets can be pulled up, brushed off, and re-submerged into the water column, preventing sediment buildup from suffocating the oysters.

This same technique will be used for the mussels for the first few years. As conditions improve, mussels will begin to self-propagate on the river bottom.