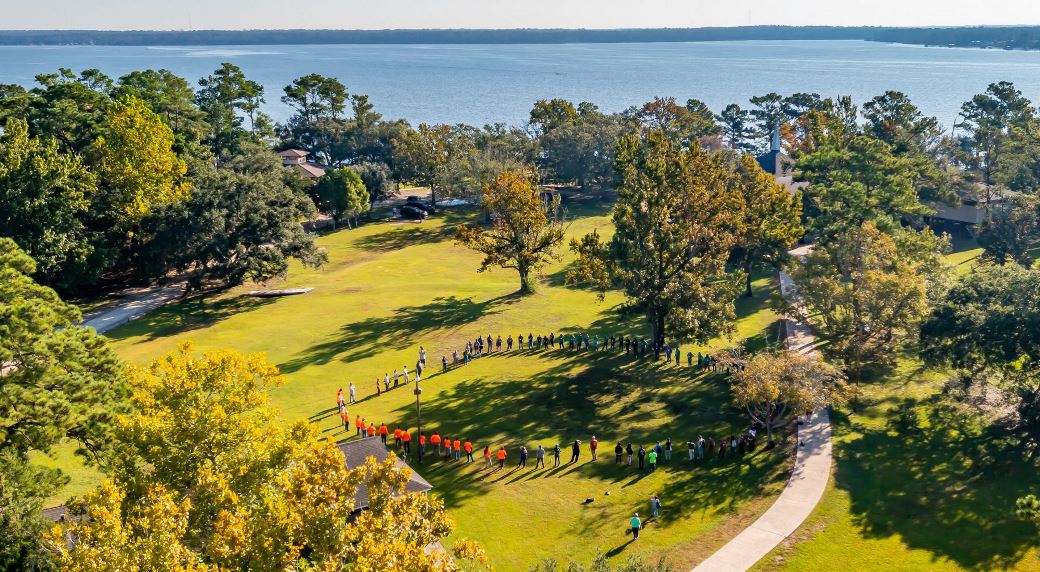 Nearly 100 GulfCorps crew members and leaders participated in a program-wide orientation September 19-23, 2022, at Beckwith Camp and Conference Center on the shore of Weeks Bay in Alabama.

This was the first in-person orientation for GulfCorps since the COVID-19 crisis began. 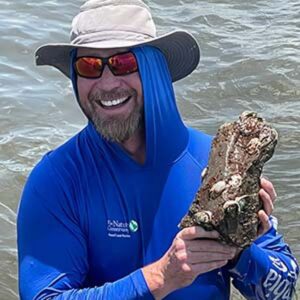 Commenting on the beginning of the 6th season of GulfCorps, Jeff DeQuattro, TNC’s GulfCorps Director, said, “While GulfCorps continued during the pandemic, it was great to experience the enthusiasm and capability of the new GulfCorps recruits at this year’s orientation. I am confident that our crews will continue the remarkable record of accomplishment achieved by previous GulfCorps members.”

Matt Gray, the Student Conservation Association’s (SCA) Senior VP of Program, added, “SCA sees the best outcomes for members, leaders, and the environment when partnerships are strong, and GulfCorps epitomizes that. SCA is proud to support this partnership by leading orientation for all corps members and fielding several crews in Alabama and South Texas. We can’t wait to see what these young people accomplish.”

GulfCorps is funded by a grant from the RESTORE Council (Resources and Ecosystems Sustainability, Tourist Opportunities, and Revived Economies of the Gulf Coast States), a federal and state funding partnership that administers grants with funds from the comprehensive settlement resulting from the Deepwater Horizon Oil Spill in 2010.

The RESTORE Council grants funds to the National Oceanographic and Atmospheric Administration (NOAA) which, in turn, contracts with The Nature Conservancy’s (TNC) Gulf of Mexico Program to manage the GulfCorps Program in partnership with the Student Conservation Association, The Corps Network and local conservation corps. 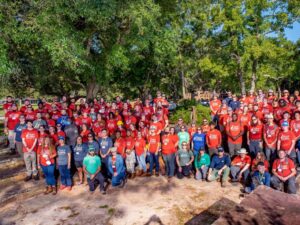 Mary Walker, Executive Director of the RESTORE Council, attended orientation and stated, “The RESTORE Council is proud to support the GulfCorps program. Receiving funding from the Council indicates the support of both state and federal Council members. With that support, the GulfCorps program has provided valuable experience for crew members as they implement meaningful habitat restoration, conservation, and monitoring activities across the Gulf.”

Since the program’ s start in 2018, GulfCorps has impacted over 20,000 acres of critical habitat across the Gulf Coast region.

“NOAA is proud of the GulfCorps program and the young adults learning to restore habitat in their coastal communities impacted by the Deepwater Horizon oil spill,” said Carrie Selberg Robinson, Director of the Office of Habitat Conservation in NOAA Fisheries.

Bob Bendick, TNC’s Gulf of Mexico Program Director, added, “We at TNC feel privileged to work with the GulfCorps members, their leaders, and our partner organizations. We are grateful for the funding from the RESTORE Council and NOAA. We believe that in this 6th season of GulfCorps the program will continue to accomplish its three primary objectives—accomplishing meaningful and measurable restoration of coastal natural systems, training young people for further employment in the natural resources and restoration sector and connecting Gulf communities through the GulfCorps members to the value and vulnerability of the coast close to the places where they live and work.”

GulfCorps strives to recruit members from communities along the coast, allowing crews to undertake restoration projects close to home.

The program emphasizes employing young people from communities most impacted by climate impacts and provides intensive conservation and workforce development training to prepare members for careers in the natural resources sector.

“GulfCorps is an exceptional example of how private-public partnerships can accomplish great things for communities and the environment,” said Mary Ellen Sprenkel, President and CEO of The Corps Network.

“The GulfCorps model, now being replicated in other regions, demonstrates the power of cross-sector collaboration to address challenges as big as climate change. I am grateful to all the partners for their commitment to the project work and the young people serving our coastal habitats. I am inspired by the young adults serving in GulfCorps programs who are helping build our environmental resilience while also building their own lives,” she concluded.

Since the beginning of GulfCorps, the program has provided opportunities for 329 members with an average job placement rate of 86% of the program graduates.

The workforce development component of GulfCorps is tailored to each individual and their specific career goals and designed to match members with jobs and careers that they want.

Featured photo of GulfCorps Training Group is by Derek Keller.

Learn more about GulfCorps on the GulfCorps Dashboard.