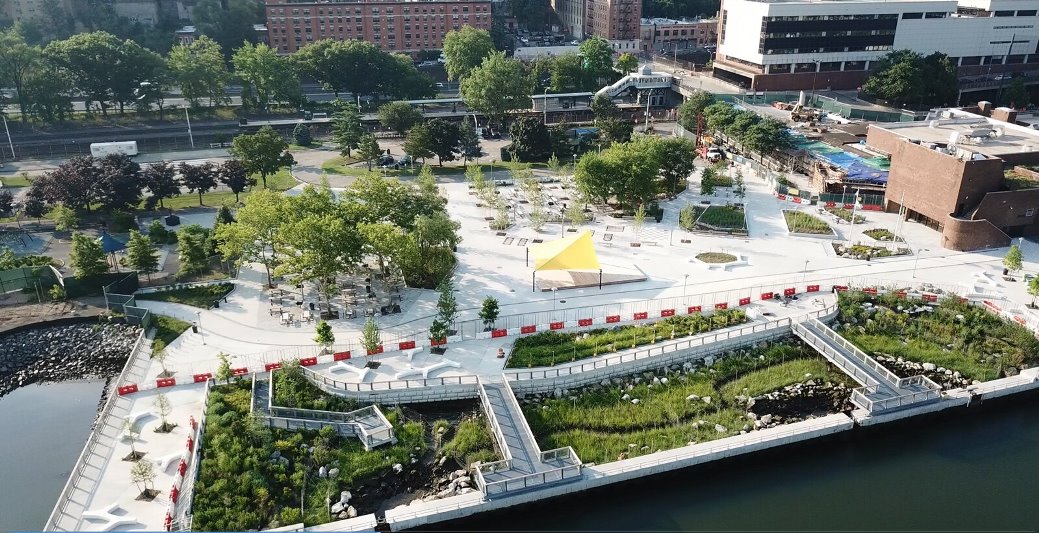 In New York City, Roberto Clemente State Park is a 25-acre waterfront park located along the Harlem River in the Bronx, attracting over 1 million visitors a year. The park offers a variety of recreational and cultural activities year-round for youth, adults, senior citizens and the physically challenged. The facilities include an Olympic-size pool complex, ball fields, basketball courts, picnic areas, playgrounds and a waterfront promenade. 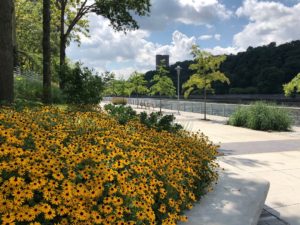 The work has been ongoing since 2011, and aims to make the park more resilient, inviting, and more conducive to youth programming.

“This is not just a park, it’s a symbol of the new Bronx. For many years progress happened but the Bronx was left behind. Not anymore,” New York Governor Andrew M. Cuomo said. “You see more and more people moving to the Bronx and today the Bronx is getting the best recreational natural facility that this state has renovated since we took office. It’s the largest single investment we’ve made in any park, and it has made this park the state-of-the-art facility that the new Bronx deserves. And it’s a powerful tribute to a phenomenal athlete and a beautiful ball player and humanitarian.” 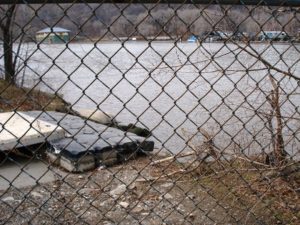 The waterfront before renovation.

“The new amenities and green infrastructure features help to reverse decades of neglect and ensure a brighter future for the Bronx. Our transformation of this park is not just about new trees, fields, and pathways – it’s a bold investment to enhance the quality of life for both residents and visitors. Additionally, funding to support youth employment will help young people develop skills for a successful future,” she added.

This spring, New York State Parks completed and opened three major components of the park’s transformation. The projects create a revitalized setting for the Bronx park’s 1.3 million visitors, expand opportunities for youth programs, and make the park and surrounding neighborhood more resilient against flooding from the Harlem River, including:

“Parks are an invaluable community resource and can play a key role in a child’s formative years, especially if they offer athletic facilities that some families would otherwise not have access to. An investment to revitalize the Roberto Clemente State Park is an investment in our children’s future and in continuing to honor the legacy of baseball legend Roberto Clemente. I thank the Governor for once again choosing to invest in our kids’ wellbeing,” said Representative José Serrano. “This extraordinary transformation and the much-needed resiliency improvements will ensure that Bronx residents can continue to enjoy Roberto Clemente State Park for years to come.”

The park improvements reflect Governor Cuomo’s commitment to revitalizing state parks. The Governor has spearheaded nearly $100 million in completed projects at the park – the largest investment in the state park system – including the recent $30 million renovation of the park pool and aquatic facility and construction of a $4.5 million destination playground. The Governor’s NY Parks 2020 program is a multi-year commitment to invest in park improvements. The 2019-20 State Budget allocates $110 million toward this initiative.

Governor Cuomo said that the state will provide $44 million to support New York State’s Summer Youth Employment Program, administered by the state’s Office of Temporary and Disability Assistance (OTDA). The program introduces young people from low-income families into the labor market so they can develop useful skills that will help them improve school performance and become responsible adults. State funding for the program is used to subsidize wages paid to eligible youth and to support education and training activities. In addition, funds are used for counseling and employment-related services, such as transportation to and from work and job training. This year’s state budget boosted program funding by more than $4 million, to account for an increase in the minimum wage and ensure the same number of youth can be employed. 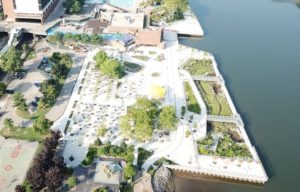 Participants work in entry-level jobs at places such as parks, nursing homes, summer camps, child care organizations, senior citizen centers and community recreation centers, among others. The program is open to young people between the ages of 14 and 20, from households with an income below 200 percent of the federal poverty level, or $41,560 for a family of three. Youth enrolled in the program receive at least New York’s minimum wage, which increased to $15 per hour in New York City this year; $12 per hour in Nassau, Suffolk and Westchester counties; and $11.10 per hour for the remainder of the state.

OTDA provides funding for the Summer Youth Employment Program to county social service departments across the state. Youth interested in participating in the program should contact their county department of social services.

Emily Thompson, General Counsel & Chief External Affairs Officer, Governor’s Office of Storm Recovery, said, “Through this incredible investment in Roberto Clemente State Park, we have taken action to ensure that this beloved public space remains available and accessible to the Morris Heights community in a post-Sandy world. One by one, projects like this are transforming New York into a better, stronger state. GOSR is proud to have championed resiliency upgrades that will better protect the park as it continues to welcome and inspire visitors from the Bronx and beyond.”

Last year, roughly 19,000 young people from low-income households were employed through the program. OTDA distributed more than $40 million to all 57 counties and New York City to help connect youth to jobs. The program has provided more than $273 million in funding since 2011 and has provided about 159,000 jobs for youth.

As part of a $19 million investment to improve opportunities for youth in the Bronx, Governor Cuomo has also announced $8 million in future improvements to support youth programming and facilities. Work will include renovating the existing and deteriorated gymnasium into a fieldhouse with a refurbished basketball court for newly created local basketball leagues, new fitness center outfitted with weights, strength and fitness equipment, improved and expanded multi-purpose classrooms for tutoring, chess and fitness, additional baseball/softball field improvements, and a new playground.

All images courtesy of the New York Governor’s office.