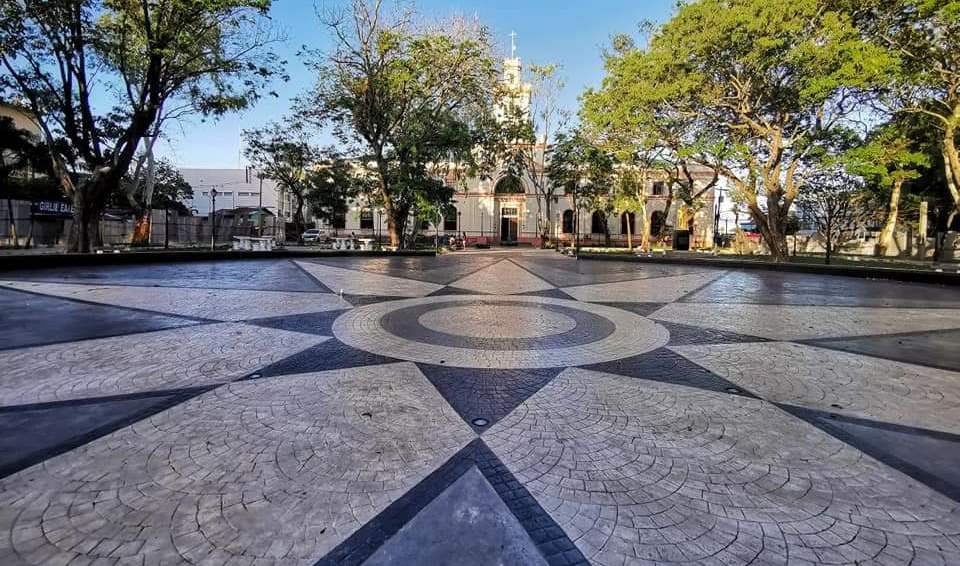 In the Philippines, Iloilo City is a highly urbanized city on the southeastern tip of Panay island, and is the capital of the province of Iloilo. 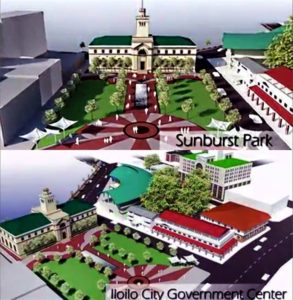 Maybe the city’s best-loved public space, Sunburst Park is a wide greenspace with a walkway, a chess playground, benches, and parking area.

According to Ilonggo senator Franklin Drilon, the city is undergoing a major revitalization, and that includes the restoration of Sunburst Park.

He claims that—as a result of all this regeneration—it’s only a matter of time before the city becomes one of the country’s prime tourist destinations and business centers. 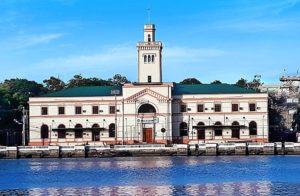 Iloilo Customs House and Muelle Loney (Loney Dock).  The Port of Iloilo was opened September 29, 1855 by Queen Isabella II of Spain. Photo by Americana22ount via Wikipedia.

On January 11, 2019, the renovated Sunburst Park—which is located in front of the historic, 100-year-old Iloilo Customs House—was turned over to the city government of Iloilo. Its restoration was part of Drilon’s Iloilo Heritage and Urban Renewal Project. The restoration of Sunburst Park, originally known as Plaza de Aduana, took several months.

“With this project, we hope to strike a balance between the economic success that we are experiencing now and our concern for the environment and our heritage,” said Drilon. 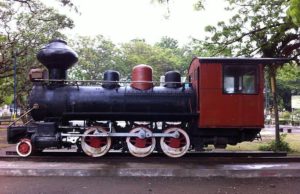 Restored locomotive of the Panay Railways on display in Iloilo City plaza. Photo by Iloilo Wanderer via Wikipedia.

Drilon suggested yesterday that the park be officially renamed to what it was once called: Plaza Aduana. Plaza Aduana was renamed Sunburst Park in honor of the U.S. 40th Infantry Division of the same nickname, which liberated Iloilo City from the Japanese Imperial Army during World War II.

The renovated Sunburst Park complements the Iloilo River Esplanade—Drilon’s favorite project, which won the Best Landscape Architecture Award in 2018—in terms of providing the public open spaces where people can leisurely walk, exercise and enjoy the beauty of the environment, thus promoting a healthy and an active lifestyle for Ilonggos.

“We will continue to create more public spaces so that we can further promote the city as a truly walkable and livable city, and a model for environment and heritage preservation,” Drilon said. 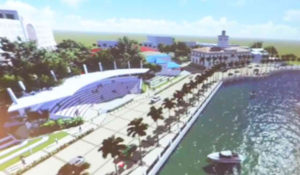 Rendering of the rebuilt Freedom Grandstand.

To facilitate the restoration of Sunburst Park, the old Freedom Grandstand was demolished and reconstructed along the nearby Muelle Loney Street facing the Iloilo River.

Other heritage buildings restored under the Iloilo Heritage and Urban Renewal Project were the old Iloilo Customs House (also called Aduana); the nearby Elizalde Building, and the Ker and Company Building. The newly-renovated Elizalde Building is scheduled to be opened to the public in February of 2019.

“We converted it into a museum of Iloilo’s economic history,” Drilon said. The museum would show how Iloilo was earlier known as the “Queen City of the South” because of its flourishing trade and commerce, and how the city has endeavored to bring the restore and revitalize the city to its former glory.

Photo of the renovated Sunburst Park by Robbie Robles.