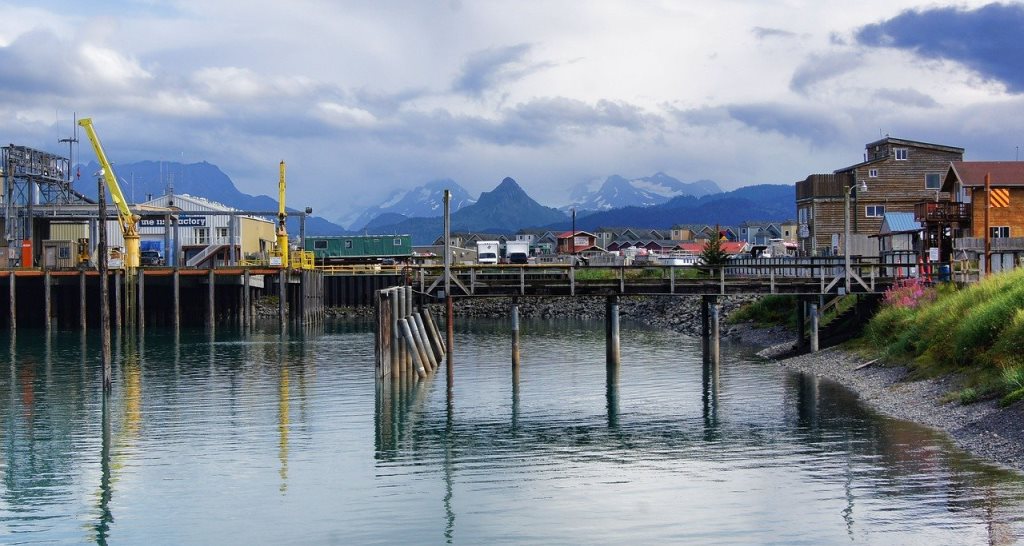 On June 30, 2020, the bipartisan Shovel-Ready Restoration Grants for Coastlines and Fisheries Act of 2020 was introduced by Reps. Debbie Mucarsel-Powell (D-FL) and Don Young (R-AK), which will provide $3 billion for shovel-ready resilience projects that help bring back jobs lost by COVID-19, boost the climate resilience of our coastlines and restore coastal ecosystems.

“This legislation is a win-win-win for our coasts,” said Karen Hyun, vice president for coastal conservation at the National Audubon Society. “Climate change is a threat multiplier that will exacerbate these underlying racial and social inequities. By prioritizing natural infrastructure investments in underserved communities, this program will help reduce climate risks in the areas that need it most.”

“These investments will not only create habitat for birds and other wildlife, they will also create jobs in fisheries- and tourism-dependent communities that have been devastated by the economic consequences of the COVID-19 pandemic, and will protect coastal communities from sea-level rise and stronger, more frequent storms,” she added.

In addition to the National Audubon Society, the Shovel-Ready Restoration Grants for Coastlines and Fisheries Act of 2020 has been endorsed by the National Wildlife Foundation, the Ocean Conservancy, Earthjustice, and the Environmental Defense Fund.

“As we work to mend the damage to our economy done by this pandemic, we must start with shovel-ready projects that strengthen our fishing industry and coastal economy in South Florida. This bill will invest in our fragile coastal ecosystems, help mitigate the effects of sea level rise, create thousands of good-paying jobs that span a wide range of skill levels and trades, support our fishermen, and strengthen our local economies,” said Mucarsel-Powell. “Congress must pass this legislation to strengthen our coastal resiliency and help countless Floridians who are out of work through no fault of their own.”

The coronavirus pandemic has caused millions of Americans, such as fishermen, to lose their jobs and has forced state and local leaders to make difficult budget cuts to important programs, including efforts to increase climate resilience of sensitive coastal habitats.

“Alaskans know how important the ocean is to our fishing industry and our broader economy,” said Young. Young’s support demonstrates the bipartisan appeal of the restoration economy, given that he has by far the worst environmental record of anyone in Congress.

“Removing marine debris, bolstering ecological infrastructure, and increasing coastal resiliency will be critical to protecting our coastal communities. I am proud to join Congresswoman Debbie Mucarsel-Powell on this crucial legislation to provide grants for conservation projects that are approved and ready to go. As Co-Chair of the House Oceans Caucus, I will continue working with my friends on both sides of the aisle to ensure that our oceans are strong for generations to come,” Young continued.

During the last economic downturn, the 2009 American Recovery and Reinvestment Act (ARRA) provided $167 million through NOAA for coastal resilience projects that created jobs. At the time, however, NOAA received more than $3 billion in proposals for eligible projects. The ARRA grants were highly successful, making significant strides in coastal and marine restoration and stimulating the economy. The program created 17 jobs for every million dollars spent and generated $15 dollars in net economic benefits for every dollar invested.

This legislation mirrors and expands the 2009 program by creating a $3 billion grant program within NOAA for shovel-ready projects that restore or improve coastal habitats, resiliency, and the economy. Priority projects would stimulate the economy and could begin within 90 days of the grant awarded. Priority projects also would provide compensation to fishermen for either their labor or use of their fishing vessel, have completed or nearly completed pre-requisite studies or permit approvals, and benefit marginalized communities.

Coastal birds are in steep decline due to climate change, development, overfishing, and pollution. Globally, seabird populations have decreased by 70 percent since 1950 and in North American alone, shorebird populations have decreased by 70 percent since 1973. Audubon’s climate report, Survival By Degrees, found that two-thirds of North American birds are threatened with extinction by climate change if warming continues at its current pace.

Investments in coastal restoration are critical to provide spaces for coastal birds to nest, forage, and raise their young, as well as to mitigate against the effects of climate change. Coastal ecosystems like wetlands and beaches provide natural flood protections for communities and reduce property damage and loss of life during extreme weather events, by absorbing floodwaters and breaking down the wind and waves of hurricanes and tropical storms.

Audubon also supports the bill’s focus on investments in vulnerable frontline communities, including low-income communities, communities of color, Tribal, and rural communities. Black, Indigenous, and other people of color are disproportionately impacted by extreme weather, due to racist housing policies, inadequate infrastructure, and a loss of subsistence fisheries and other culturally important coastal areas.

Coastal restoration contributes strongly to our economy. Nationwide, the coastal restoration economy generated almost $25 billion in economic output and, in 2014 alone, supported more than 221,000 high-paying jobs, with average incomes of $75,000 per job.

Photo of Homer, Alaska by Barbara Jackson from Pixabay.