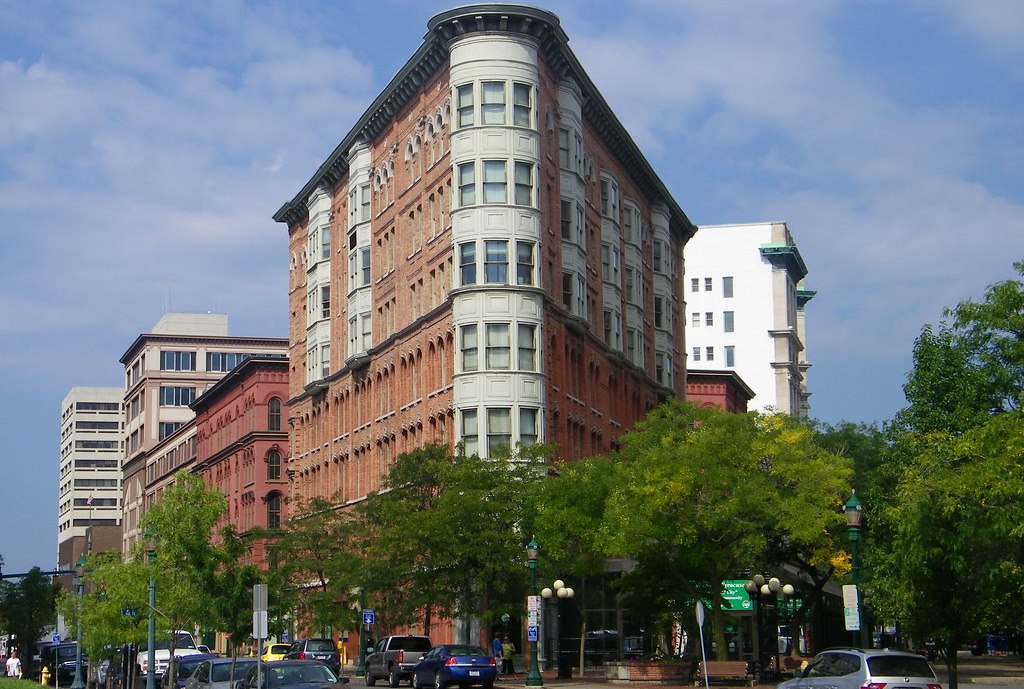 The City of Syracuse, New York has issued a request for proposal (RFP), seeking a buyer to redevelop and revitalize an iconic, 150-year-old property.

Syracuse Mayor Ben Walsh announced the City of Syracuse issued the RFP for the acquisition and redevelopment of City Hall Commons, a Hanover Square landmark at the corner of Warren Street and East Genesee Street.

The triangular, “flatiron” style building is owned by the City and currently serves as office space for multiple city government departments.

“The City’s needs have changed since it first took ownership of City Hall Commons in 1991. Today, we think there is a higher and better use for this great building. The property is more than 150 years old. Without investment, the upkeep and maintenance needs will continue to rise,” said Mayor Walsh.

“Given the City’s needs and the interest in downtown, the time is right to return this property to a private owner,” he added.

The City’s RFP specifies that its goal is to return the building to the tax rolls and increase the City’s tax base.

The City is seeking buyers with a proven ability to provide creative and inclusive land use and create permanent job opportunities for Syracuse residents.

The City Hall Commons building was originally constructed in 1869 as a four-story building. It was expanded to seven stories in 1894.

The original building includes a large annex of glass and steel added in 1986, known as the City Hall Commons Atrium, which opens to a public plaza.

The 49,879-square-foot building currently is home to the Department of Neighborhood and Business Development, including the Division of Code Enforcement and the Central Permit Office, Planning, Zoning Administration, Syracuse Fire Department Bureau of Fire Prevention, Syracuse Police Department Community Policing and Office of Professional Standards, and the Citizens Review Board, as well as community organizations FOCUS Greater Syracuse and Tomorrow’s Neighborhoods Today (TNT).

Submissions for both RFPs are requested by October 26, 2021.

Photo courtesy of City of Syracuse.