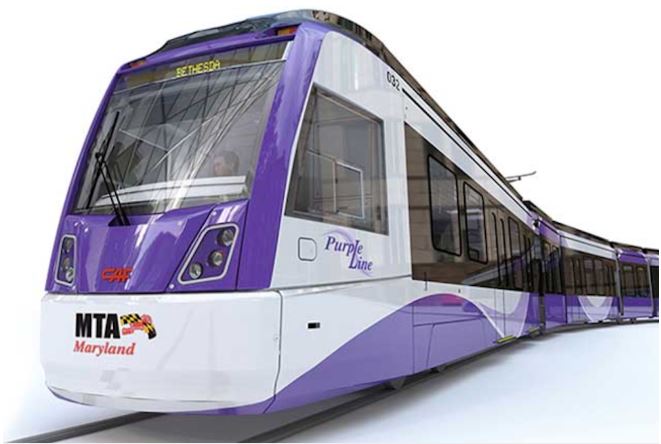 Over the years, we’ve talked about the revitalizing power of well-designed, strategically-located urban rail many times here in REVITALIZATION. Bus advocates point out how rail is far more expensive and far less flexible (in terms of adapting to a changing local growth patterns). With BRT, buses can even avoid their big downside: getting stuck in traffic, just like cars.

These anti-rail arguments are valid. but they ignore a powerful advantage that only rail offers: confidence in a revitalized future for properties along the rail corridor. That confidence derives from the above-mentioned “downside”: the high cost. Unlike bus service, rail service can’t be taken away from an area with a simple change of routes. Unlike bus service, well-planned, properly-implemented urban rail has a solid track record of regenerating the neighborhoods it comes to.

Rail is permanent; thus the confidence in its lasting effects on an area. And, as readers of the Resilient Prosperity Guide know, increasing the level of confidence in a better local future is the single most important goal of any revitalization initiative.

It’s actually been convincingly argued in recent years that urban redevelopment is the primary purpose of many rail projects, and that providing transportation is secondary. In fact, if the local government is credible and trusted, the mere announcement of a new rail station—or streetcar route—is enough to send real estate prices skyrocketing.

In the Maryland suburbs bordering the Washington, DC beltway, the new Purple Line addition to the Washington Metropolitan Area subway system (“Metro”) is providing a perfect example of these dynamics. As with any transformative, real-estate-intensive project like this, there’s significant pain involved for those who have homes or businesses on land being taken for the rail construction. Some say Metro and Maryland officials aren’t doing as good a job as they should in ameliorating the suffering of those affected.

But the Purple Line’s revitalizing effects are undeniable.

Here are a few excerpts from a Bisnow article about the Purple Line: 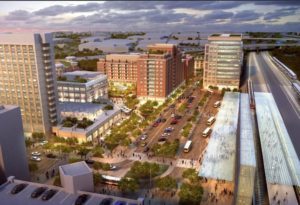 When co-working giant WeWork was deciding on the location for its first college campus space, a 16-mile light-rail project under construction in the Maryland suburbs proved to be a deciding factor.

“The first conversation we had with them was that they wanted closer proximity to Metro, so, frankly, explaining to them the Purple Line is coming and the stop is a block from the WeWork site, having that connectivity one stop from the College Park Metro station was very helpful in sealing the deal with WeWork,” said Ken Ulman, the University of Maryland‘s chief economic development strategy officer.

Since the Purple Line broke ground in late August of 2017, the office market in the suburban Maryland corridor from New Carrollton to Bethesda has surged. It’s similar to the impact the Silver Line had along the Dulles Toll Road in Virginia.

Major mixed-use redevelopments at the eastern and western ends of the Purple Line are also experiencing major activity. For instance, Urban Atlantic broke ground in October of 2017 on its planned 2.7 million SF development at New Carrollton, the easternmost Purple Line stop.

Featured image is a rendering of a Purple Line train, courtesy of Purple Line Transit Partners.