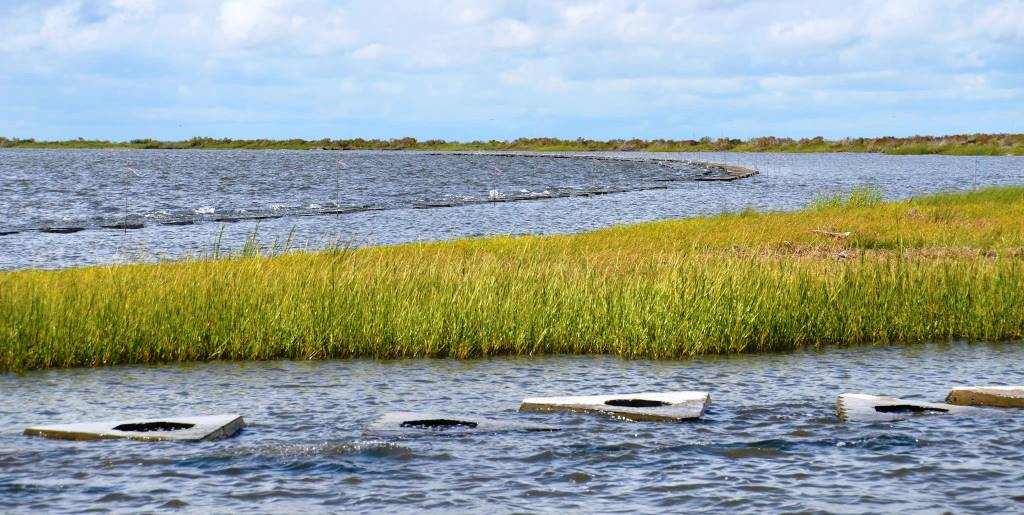 In a classic “silver lining” story, seven major coastal restoration projects in Louisiana totaling more than half a billion dollars have been completed and paid for with settlement money resulting from the 2010 Deepwater Horizon oil spill. Projects working their way toward construction this year or in years to come will use another $4.4 billion in settlement dollars.

While some of the restoration work obviously addresses damage done by the BP spill, much of it focuses on regenerating coastal land that the oil industry has been destroying for decades. So, while it would be ludicrous to claim that the overall impact of the spill will be net-positive, the ecological renewal most definitely goes beyond solely undoing the effects of the Deepwater Horizon disaster.

Coastal Protection and Restoration Authority Deputy Executive Director Greg Grandy reported to the CPRA Board that projects completed to date are a harbinger of much more to come. “Even though this is just a start, what we’ve done so far without any Louisiana taxpayers’ dollars is impressive, and there is much more to come,” said Grandy.

“But let’s never forget why we’re getting this funding and why we need it. The loss of life suffered on that rig, and the oil that flowed into the Gulf for months was devastating to our people, our environment, our economy, our fisheries and wildlife. There is much to remedy, and we are working hard to do just that,” he added. 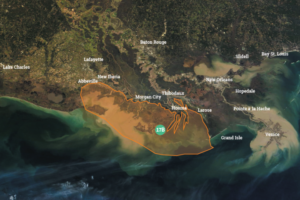 Grandy explained the funding streams the state has received and will continue to receive through 2032 as a result of monetary settlements related to the oil spill. The total amounts include $930 million in civil penalties assessed, $1.27 billion in criminal penalties, and more than $5 billion through the Natural Resource Damage Act (NRDA).

The National Fish and Wildlife Foundation (NFWF) is in charge of funding projects using the criminal penalties that were assessed. Already completed is the second increment of the Caminada Headland restoration, and going to bid soon is the Terrebonne Basin Barrier Island and Beach Nourishment project that includes Trinity and Timbalier Islands as well as the West Belle Pass Headland. NFWF funding is paying for engineering and design of the Mid-Barataria and Mid-Breton Sediment Diversions, as well as the project to increase the flow of Atchafalaya Basin water and sediment into the Terrebonne basin.

“You may note I haven’t mentioned some of the projects we had on our wish list before the settlement,” said Grandy. “Most of those projects are still viable; we just moved them to other funding streams. The oil spill funding has allowed us to leverage those dollars to implement the most effective projects for the coast. I’m talking about E&D for projects like the River Reintroduction Into Maurepas Swamp, Bayou Chene Hydrologic Structure, and the Mississippi River Sediment Delivery System East.”

CPRA Chairman Chip Kline added that other traditional funding streams are still available and being used for coastal projects. “Over the next 15 years we expect to receive more than $3 billion in offshore revenue shared through the Gulf of Mexico Energy Security Act—GOMESA. We continue to fund projects with state mineral funds dedicated to our efforts, and we have our valued federal CWPPRA partnerships,” said Kline.

“Not only are we seeking to increase the amounts available through those sources, we are pursuing new revenue streams and cash flow methods that help us get projects on the ground sooner. We’re also using innovative alternative methods to improve delivery like Outcome Based Performance Contracting and CMAR—Construction Manager At-Risk,” he continued.

Kline also noted that his team is working with the Louisiana Trustee Implementation Group (LA TIG) to develop restoration plans with a manageable timeline of projects implemented on a regularly-scheduled basis.

“And let’s not forget what was reported earlier in this meeting: the $60 million the TIG is providing for remediation of recreational opportunities lost during the oil spill,” said Kline. “That’s in addition to the money outlined here.”

Grandy said CPRA also aims for a synergy among projects within its system-wide approach, creating projects that help sustain each other. He pointed to the Maurepas Diversion and the West Shore Lake Pontchartrain projects as an example.

Featured photo of the Terrebonne Ridge and Marsh Restoration courtesy of NOAA.