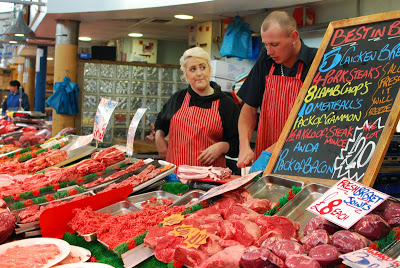 Note from Storm:The article linked to below criticizes the practice of depending on new retail to drive urban revitalization. The author’s examples are from the UK, but there’s nothing uniquely British about this bad practice.

For over a decade, my books, talks, and workshops have shown U.S. and international audiences how this approach is backwards. A downtown with few residents is best revitalized by attracting new residents: retail will naturally follow. Artificially stimulating retail where there aren’t enough customers will only result in a new round of empty storefronts, further demoralizing the community. A resident can survive a lot longer without nearby retail than a shopkeeper can survive without nearby customers. Residents have “revitalization patience“. Retailers don’t.

From the article: Planners across the UK have swallowed the myth of “retail-led regeneration”, imagining that shiny new shopping centres will revive their towns. In the process the traditional markets are often left behind, physically distanced from the new developments and reduced to either a throwback to a bygone age or a curiosity, providing a retail diversion for people with plenty of disposable income and time on their hands.

Places that used to be social levellers, providing something for everyone and where well-off and hard-up would rub shoulders and exchange banter, are now becoming socially polarised. At the same time an economic segregation is dividing successful from unsuccessful towns, as high-end retailers concentrate their brands in prime locations and struggling locations become dominated by pound shops and charity shops: a lifeline to the hard-pressed, but a signifier of failure to investors and planners.

In my book, How to Save Our Town Centres, I argue that we won’t get town centres right until we start thinking about what creates good places, not just about how retail can work better. To think about placemaking demands an understanding of how places can work for everyone, not just those with money to spend. I discuss how we can create places to be, not just places to buy.