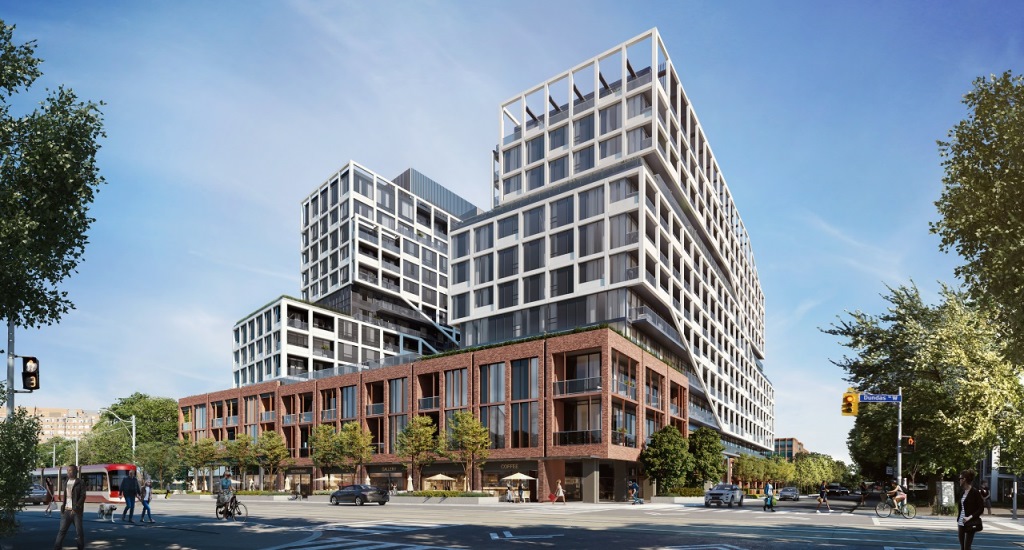 “The ULI Global Award for Excellence is a reflection of Alexandra Park as a successful revitalization partnership between TCHC, Tridel and many other partners, all drawing on community input to improve homes, amenities and services for Toronto Community Housing tenants, and adding housing options in Toronto,” said Jag Sharma, President and CEO of Toronto Community Housing. 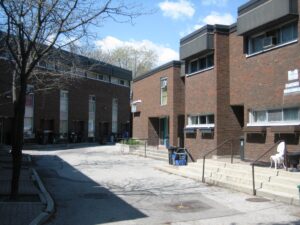 2009 photo of Alexandra Park housing is by SimonP via Wikipedia.

Central to the revitalization were 10 guiding principles that were created by the residents and TCHC to direct development decisions. The first and most important principle was zero displacement, which guaranteed each resident the right to remain in the community throughout the redevelopment. This planning approach was approved in 2011 by the City of Toronto with full endorsement from the community and local stakeholders.

Of the nine Global Awards for Excellence winners, Alexandra Park was the only Canadian community to earn this honor. TCHC and developer partner Tridel were recognized along with Toronto design firms Urban Strategies Inc., LGA Architectural Partners, Teeple Architects and Janet Rosenberg & Studio for their design and programming strategy and execution for this downtown redevelopment.

“We are honoured by this global recognition and proud to have had the opportunity to work closely with the Alexandra Park community in guiding its regeneration from broad city-building visions to human scaled placemaking,” said Michel Trocmé, a partner at Urban Strategies and member of the ULI Placemaking Product Council.

The Alexandra Park community also won one of the ULI Americas Awards for Excellence earlier this summer, before advancing to being one of 45 international submissions for the Global Awards.

“As home builders, it’s imperative that the communities we create integrate seamlessly, not only with the existing architectural fabric of the neighbourhood, but also with the people who live there. Alexandra Park is a perfect example of how strategic and collaborative community building can be applied to revitalize a previously under-utilized space intro a thriving neighbourhood with mixed-land uses and enhanced community characteristics. We’re proud of the international recognition this community has received for its design excellence, and the remarkable impact our strong partnership with TCHC and Alexandra Park residents has made, creating a long-lasting, sustainable community. We look forward to the continued growth and revitalization of the Alexandra Park neighbourhood,”— Jim Ritchie, Chief Operating Officer at the Tridel Group of Companies.

The Alexandra Park revitalization was designed as a cohesive mixed-income community, where construction quality and design are indistinguishable between market and affordable housing, and where tenant input was sought and incorporated into all the features in the community, from the publicly owned child care space, to a resident operated community centre with a new community kitchen, to shared green spaces. 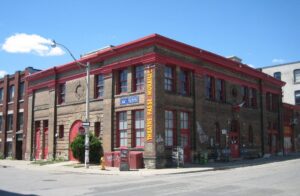 The Theatre Passe Muraille theatre company is based in Alexandra Park. 2007 photo is by SimonP via Wikipedia.

In particular, the Alexandra Park Revitalization Working Group, a dedicated group of Alexandra Park and Atkinson Co-op residents, provided guidance and leadership from the start of the project and have been instrumental in the success of the revitalization.

The ULI Americas and ULI Global Awards for Excellence highlight urban projects which reflect overall excellence, including achievements in marketplace acceptance, design, planning, technology, amenities, economic impact, management, community engagement, innovation, sustainability, and equitable development. Winners of the Global Awards for Excellence exhibited community enhancement, uniqueness, innovation and replicability at a global scale, allowing developers around the world to learn and adopt aspects to future communities around the world. The jury highlighted the successful emphasis on socially equitable design which is one of the hallmarks of the Alexandra Park urban redesign.

“One of the transformative aspects of the new Alexandra Park neighbourhood is how the residential streets and houses now have legibility and clarity. It might sound simple, but previously the houses didn’t have distinguishable fronts and backs. Now doors, stoops and benches help to define the streetscape and to enhance a sense of community. The materials and colours offer simultaneous variety and visual connectivity. Inside, the units also have tremendous flexibility to house multi-generational families, and to fluidly embrace the shoulder seasons so that residents can maximize outdoor use. We’re proud of the collaboration and commitment invested to realize this revitalization,” explained Dean Goodman, partner and co-founder at LGA Architectural Partners.

Following the success of phase one, TCHC and Tridel are currently working through the second phase of the 18-acre masterplanned redevelopment. Phase two will encompass 349 replacement social housing units, 257 refurbished rent-geared to-income units and more than 1,350 new market condominium suites, retail along Dundas Street reinforcing a connection to Kensington Market, as well as a new 1.53 acre community park and community centre.

Featured image is courtesy of Tridel.