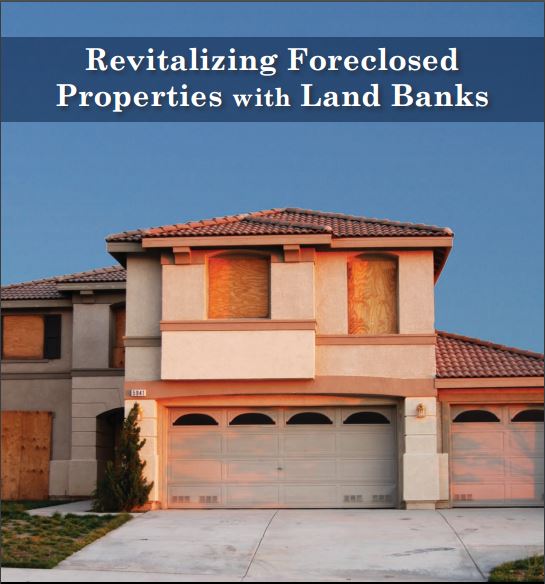 This 2009 HUD report revealed the trend towards using land banks to revitalize derelict properties and neighborhoods. The report was timely, coming out shortly after the massive Wall Street and banking scams that triggered the 2008 financial crisis.

REVITALIZATION readers familiar with the use of land banks in this manner are invited use the Comments section below to share their insights on the current state the trend. ********************************* Foreclosures are at the forefront of issues affecting today’s housing market. The volume of foreclosures has become a significant problem, not only to local economies, but also to the aesthetics of neighborhoods and property values therein. At the same time, middle- to low income families continue to be priced out of the housing market while suitable housing units remain vacant. In 2008, the mortgage foreclosure crisis gripping the nation added over 1.2 million foreclosed homes, increasing the inventory of vacant housing units.1 According to the U.S. Census Bureau, there were over 14 million vacant units (year-round housing units intended for occupancy at any time of the year) in the nation during the first quarter of 2009, up from 12.6 million units in 2006.2 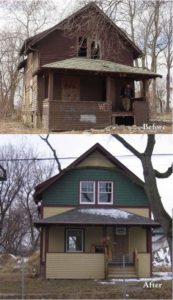 Land banks are an effective tool for stabilizing communities burdened by a large number of vacant, abandoned, or foreclosed properties. They allow local governments to overcome barriers that inhibit the redevelopment of these properties. For example, the disposition of tax-delinquent properties can be challenging when delinquent taxes exceed the property’s market value, or when there is no clear title to the property. A land bank, such as the Fulton County/Atlanta Land Bank — having the power to waive back taxes and clear titles — can facilitate transfer of ownership in a tax-delinquent property for redevelopment purposes.

Some land banks, such as the GCLBA, operate “side-lot” programs wherein ownership of vacant lots is transferred to adjacent property owners for a nominal fee. Programs like these ensure that abandoned properties are back on the tax rolls, resulting in increased revenue and reduced maintenance cost burdens for local governments. The GCLBA also allows neighborhood residents to use vacant lots in its inventory to create community gardens. Such projects beautify neighborhoods and help stabilize property values in declining areas.

The affordable housing stock also benefits from land banks. In the event that vacant lots cannot be developed due to a lot’s irregular shape or small size, land banks can assemble adjoining parcels to create a larger, more marketable property. In so doing, these larger parcels can be sold to CDCs and other nonprofit developers, at below market rates, to support the creation of affordable housing.

In addition, land banks can hold property for future affordable housing development, thus enabling local governments to curb the negative effects of gentrification. Additionally, developers are able to save on holding costs by acquiring property directly from a land bank. Local governments can further expand affordable housing opportunities by using land banks to purchase mortgage-foreclosed homes and make them available to low-income households at affordable rates.