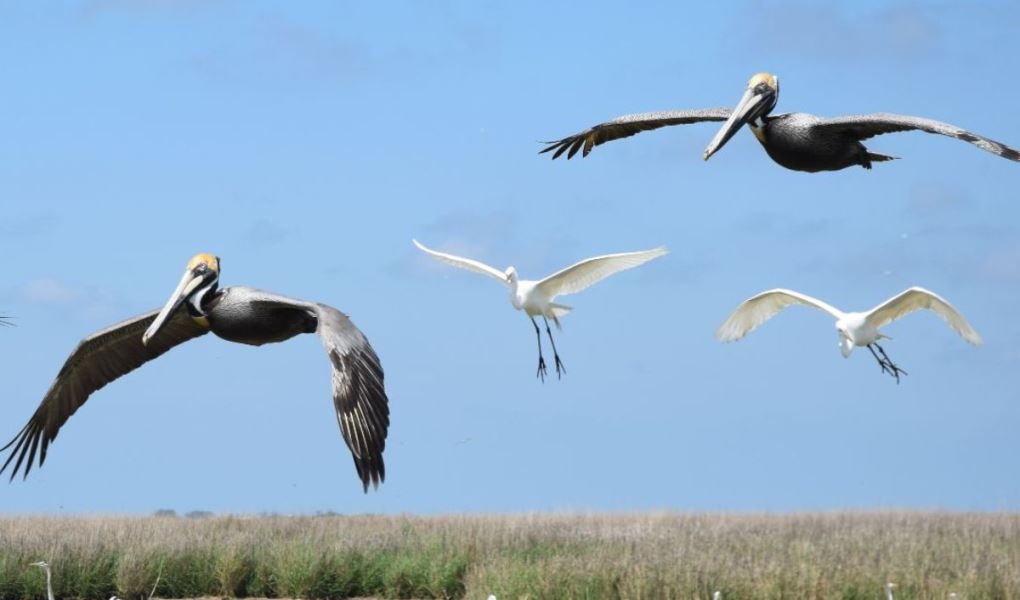 On October 6, 2021, the Louisiana Coastal Protection and Restoration Authority (CPRA) announced the completion of the Rabbit Island project in Cameron Parish, the latest bird habitat restoration by the CPRA, the Louisiana Department of Wildlife and Fisheries (LDWF), and the Louisiana Trustee Implementation Group (LA TIG).

The island, located in the southwest portion of Calcasieu Lake, is Southwest Louisiana’s only Brown Pelican colony. 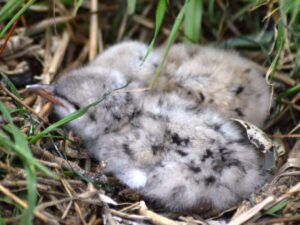 The total project cost of $16.4 million was funded with settlement money from the Deepwater Horizon oil spill, approved by LA TIG.

“We’re thrilled to see our state bird come home to a new and improved habitat,” CPRA Chairman Chip Kline said. “The restoration of this vital habitat is another example of CPRA’s work to increase resilience for all residents of coastal Louisiana – including nesting birds and other wildlife who call Rabbit Island home.”

In 2020 and 2021, LDWF banded 322 Brown Pelicans on Rabbit Island with white leg bands, and many of those birds have returned and are nesting on the restored island today.

“The partnership among CPRA, Wildlife and Fisheries, and our federal partners has resulted in outstanding achievements,” LDWF Secretary Jack Montoucet said. “The combination of our expertise in wildlife habitats, CPRA’s restoration capability, and LA TIG funding allow for projects like these to successfully restore much of what we’ve lost on Louisiana’s coast.”

Brown Pelicans nesting on Rabbit Island have faced serious threats in recent years, losing approximately 50 percent of all nests to over-washing tides and storm surge between 2016 and 2018. In total, Louisiana has observed a loss of 54 percent of all Brown Pelican colonies across coastal Louisiana.

Included in the 12 species observed nesting on Rabbit Island, 10 are listed as “species of greatest conservation need” in Louisiana’s Wildlife Action Plan, and all were species that were most impacted by the 2010 Deepwater Horizon oil spill. 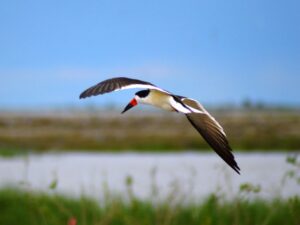 “As we restore thousands of acres of land and marsh that we’ve lost over the years, we must remember it’s more than land we’re rebuilding,” CPRA Executive Director Bren Haase said. “In building these projects, we restore the habitats of birds, fish and shellfish, and other wildlife that are an essential part of what makes our state one-of-a-kind.”

“Southwest Louisiana and Cameron Parish were among the hardest hit by last year’s hurricane season,” Bourriaque said. “This project initially began through a CIAP partnership between the Cameron and Calcasieu Parish Police Juries and we’re grateful for the collaboration that made it happen. The Rabbit Island project is a timely and meaningful investment into one of our most vulnerable coastal areas.”

“Projects like these not only restore our coastal land, they restore Louisiana’s diverse wildlife habitat,” Abraham added. “With the restoration of Southwest Louisiana’s only brown pelican colony, today marks a big victory for our state bird.”

Companies and organizations with Louisiana ties were key to the project and the creation of 130 jobs. Weeks Marine, a dredging company with offices in Covington, won the competitively bid contract for restoration of Rabbit Island.

All photos courtesy of CPRA.

Learn more about the restoration of Rabbit Island.