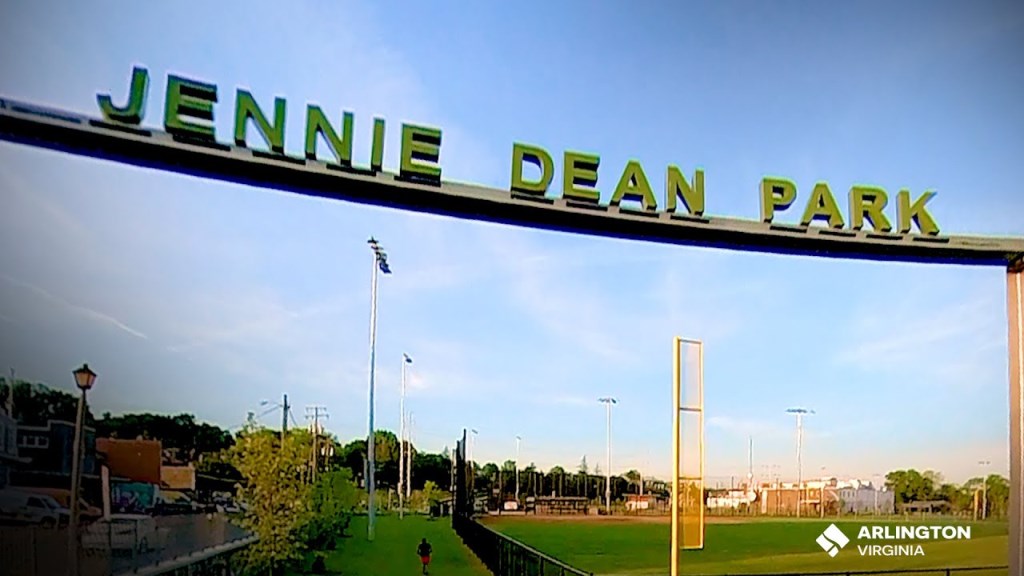 Long-time readers of REVITALIZATION know that we’re based in Arlington County, Virginia (there is no city of Arlington). Arlington is most famous for being the home of the Pentagon and Arlington National Cemetery.

More recently, it’s been in the news as the new home of Amazon‘s HQ2. Most recently, it was in the news when giant companies like Boeing and Raytheon announced that they were moving their headquarters here.

Few folks outside of Arlington know much about its history, though. It was originally a sprawl area of the District of Columbia known as the New District, known primarily for hosting a number of seedy commercial activities (200 years ago).

But it also has a rich history of post-Civil War African American neighborhoods, some of which survive to this day, such as Green Valley. One freeman community that didn’t survive was razed to create Arlington National Cemetery. 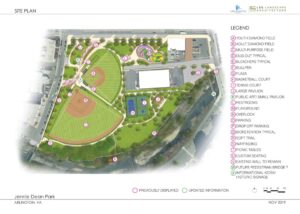 Now, Arlington has inaugurated a new park that commemorates local African American history. It’s partially based of renovating a deteriorated baseball field traditionally used by the Black neighborhood, and partly on a former light industrial area.

On May 21, 2022, Arlington County Parks and Recreation celebrated the reopening of newly renovated, 12-acre Jennie Dean Park, an integral part of the Green Valley community for more than 75 years.

Building upon its history and the community’s love of sports and arts, the park has been transformed into an exciting place designed to celebrate the area’s past and cultural heritage, while increasing access to recreation and nature. 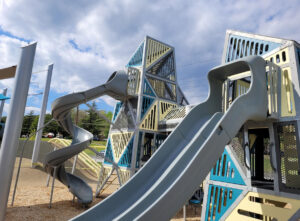 “Jennie Dean Park holds such special meaning for so many people,” said Arlington County Board Chair Katie Cristol. “When the County was segregated, this was the park for Black Arlingtonians. And it reflected their love of community, sports, and arts. These new renovations build upon that history and have honored and enhanced it.”

Jennie Dean Park has been expanded by 2.25 acres, which allowed for a larger and more modern playground. The picnic shelter was renovated so it’s fully accessible along the creek known as Four Mile Run, and the restrooms were updated to be all-gender.

The diamond fields and athletic courts were relocated to increase playability, with more-efficient LED lights. There is also a new history walk with a timeline of significant dates and events that happened at Jennie Dean Park.

As part of the new park, artist Mark Reigelman developed a site-specific public art, Wheelhouse, inspired by the mill that stood in this location in the early 1700s and the park’s rich recreational history.

The History of Jennie Dean Park 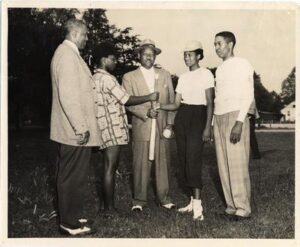 During the planning process, Arlington worked closely with the Green Valley Civic Association and its history working group to incorporate several features to honor and celebrate the park’s past.

Starting in the 1930s, the park became a major hub for Black baseball clubs in the region, where game days were lively, social epicenters for the community. Over the next few decades, more teams were formed, both semi-pro and recreational, run by members of the Green Valley community.

Along the fence of the diamond fields are several pennants of the historic semi-pro and recreational teams from Green Valley – team names included Green Valley Quicksteps, Green Machine, Ghetto Blacks, and Over the Hill Gang – designed by local graphic artist Ted Irvine in collaboration with the Green Valley Civic Association.

The two fields have been named after Ernest E. Johnson and Robert Winkler to recognize their deep contributions to the Green Valley Community.

Johnson became the director of Arlington County’s “Negro Recreation Section,” a separate division of the County’s segregated Department of Recreation in 1950. Under Mr. Johnson’s leadership, the “Negro Recreation Section” expanded to include a variety of sports, dance, theater, musical and community events for all the Black American communities in Arlington. He was a vital figure in the County’s African American community and ultimately oversaw the desegregation of Arlington recreation in the early 1960s. He went on to serve the County for two more decades.

Robert Winkler was raised in Green Valley and worked for Arlington’s Department of Parks and Recreation for more than 40 years. Mr. Winkler coached sports for Green Valley youth, as well as the Drew women’s softball team, and was a community activist who protected and preserved local fields for community sports.

Wheelhouse explores the industrial history of the Jennie Dean Park site through the lens of baseball. Inspired by the mill that stood in the location in the early 1700s, and the park’s recreational history, the installation’s 24 slices extending up from the ground reminds of a dugout, as well as the spokes of a churning wheel.

“Wheelhouse” is a common term in baseball to describe the area where a batter likes a pitch in the strike zone.

The Park Master Plan illustrated the major elements of the park and their general location and provided guidelines for the look and feel of the park.

The County worked closely with the community throughout the process to refine some of the details and finalize the design of the park.

On November 16, 2019, the County Board approved the construction contract for the project.

All iamges are courtesy of Arlington County.