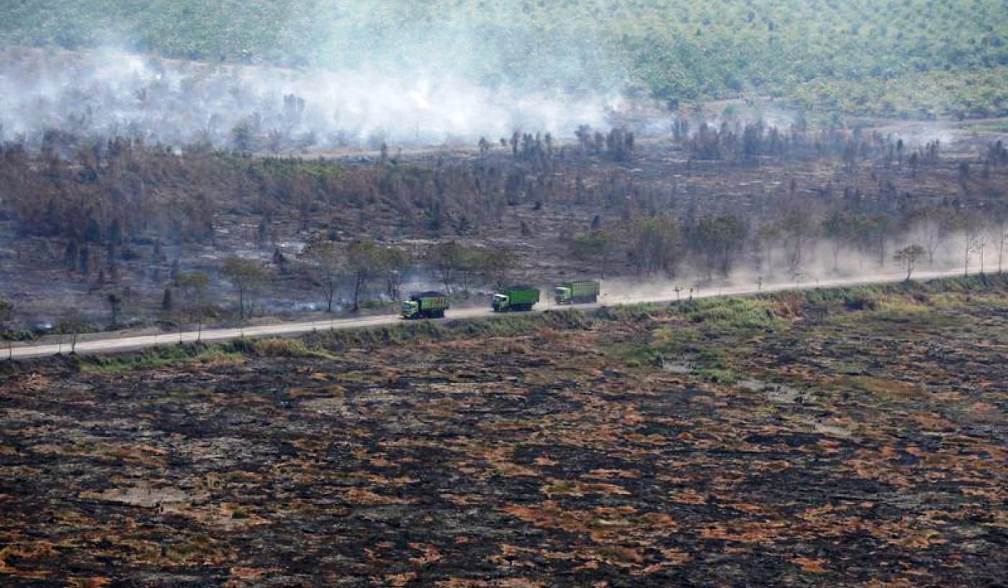 Many parts of the world may not have enough suitable land for restorative efforts to make up for the environmental damage caused by planned development like clearing forests for new roads or more plantations, researchers warned on April 29, 2020.

In East Kalimantan, Indonesia, for example, planting new vegetation to compensate for biodiversity losses from proposed mining and palm oil projects would require twice the amount of land available, they found in a study published in the journal Nature Communications.

The paper is based on a principle of biodiversity offsetting—recognized by the International Union for Conservation of Nature (IUCN) and dating back to the 1970s—under which developers revegetate or protect areas of wildlife habitat and ecosystems to balance the harm done by their projects.

Such offsetting policies are a legal requirement for some projects in about 40 countries, while more than 60 other states have voluntary policies or are developing them, according to an IUCN database.

Laura Sonter, the new study’s lead author, said the aim was to fully replace the plant and animal biodiversity lost to economic development – but that may not always be possible. “We were particularly surprised to find that, in some places, there would not be enough land to simultaneously approve planned development projects and achieve no net loss of biodiversity,” said Sonter, from the University of Queensland.

In the southeast African nation of Mozambique, making up for new roads and mining operations that would hurt rare vegetation would mean conserving much more land than currently available, Sonter told the Thomson Reuters Foundation.

She and a team of international researchers also looked at Brazil and Australia, finding that even if the four countries’ biodiversity offsetting policies were “perfectly implemented”, they did not apply to all sectors, so losses would still occur.

Scientists have said protecting ecosystems like wetlands and forests is crucial because they store planet-heating carbon dioxide from the atmosphere and help address climate change.

Decision-makers are also increasingly concerned, putting “biodiversity loss” as one of the top five risks the world faces, according to a 2020 report from the World Economic Forum.

A landmark global science report said last year that a million animal and plant species were at risk of extinction, including medicinal plants and insects that pollinate crops.

And as COVID-19 spreads around the world, top scientists behind that report have warned of worsening future pandemics triggered by human activities including deforestation, farming, mining and infrastructure development.

The latest study’s findings suggest it may be tough to reconcile development—seen as integral to achieving economic growth—with goals to conserve nature, said Martine Maron, a University of Queensland professor.

If countries run out of suitable land, it is more likely offsetting policies would be relaxed than development halted, and “biodiversity losses will soar”, she warned in a statement.

As countries around the world emerge from lockdowns imposed to slow the spread of the novel coronavirus, environmental experts have said protecting nature should not take a back seat.

“Overcoming the social and economic challenges associated with the COVID-19 crisis may create new threats for biodiversity, and it’s important that governments and industries avoid further impacts where possible,” Sonter said.

Featured photo (by REUTERS/Willy Kurniawan) shows trucks driving through an area burned to create a palm oil plantation near Banjarmasin in South Kalimantan province, Indonesia in 2019.

This article by Thin Lei Win (edited by Megan Rowling) originally appeared on the website of the Thomson Reuters Foundation, the charitable arm of Thomson Reuters. Reprinted here (with minor edits) by permission.