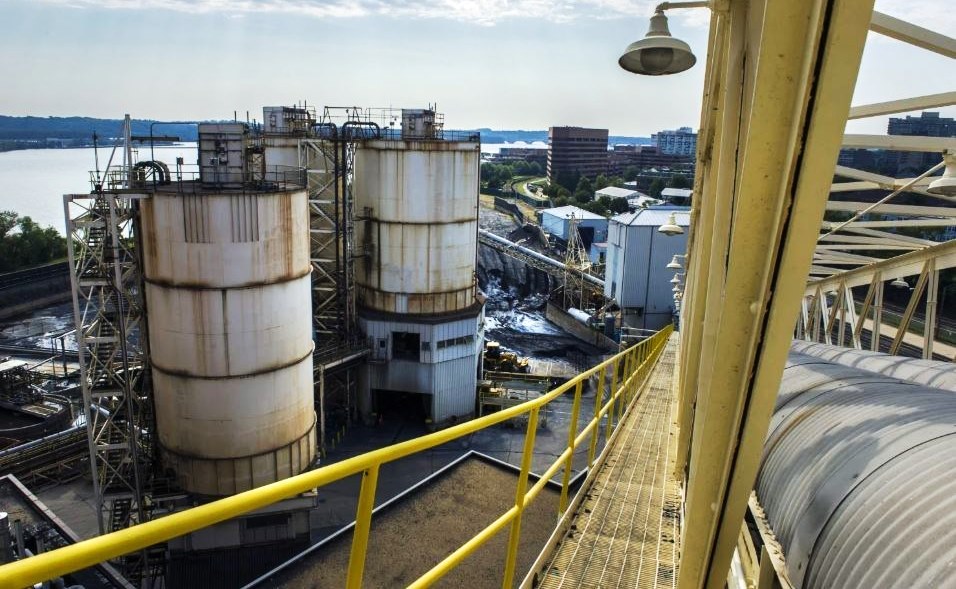 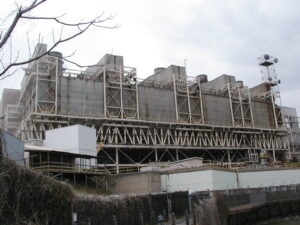 In one of the prettiest historic cities in America, the removal of this toxic monstrosity on prime riverfront property has been a long-held dream of many. Photo by Storm Cunningham.

This is a project that I (Storm Cunningham) have been looking forward to for many years.

During my 6-year stint as Director of Strategic Initiatives at the Construction Specifications Institute (CSI)—when I was writing my first book, The Restoration Economy—our offices were in Canal Center on the Potomac River, right next to this old coal-fired plant.

Besides fouling the air with toxic coal emissions, the plant killed millions of river creatures during its life, which started in 1932. I walked the river trail daily in those days, and was constantly confronted with the boiled bodies of fish and other aquatic life that had passed through the plant’s cooling system. 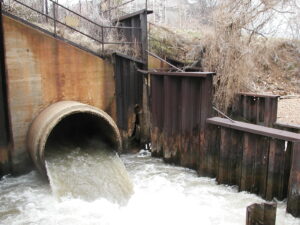 Add in the regular disruption of traffic on the George Washington Memorial Parkway by coal trains from West Virginia, and you can see that this was a facility that few—other than its employees and investors—would miss.

This hideous facility has been blighting Old Town Alexandria’s waterfront for far too long.

Finally, the site is going to be repurposed, renewed and reconnected (the reliable 3Re Strategy for revitalization) to the community. 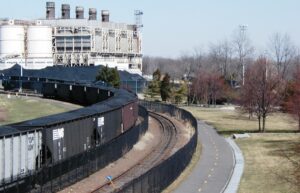 A coal train feeds the beast with the remnants of what used to be a beautiful West Virginia mountain. Photo by Storm Cunningham.

In an agreement negotiated with Potomac Electric Power Company (Pepco), Hilco Redevelopment Partners has acquired the Potomac River Generating Station site, including the fee simple interest and leasehold interest which was previously under a long-term ground lease. Pepco will retain a property interest on a portion of the site where it will continue to own and operate an electrical substation.

Located in the Old Town North neighborhood of Alexandria, along the Mt. Vernon Trail and Potomac River, PRGS was decommissioned in 2012 and remains one of the largest industrial sites in the City of Alexandria. In 2017, the Alexandria City Council approved the Old Town North Small Area Plan, which includes the PRGS site and further expressed the City’s commitment to creating sustainable and livable communities.

HRP expects to work closely with the City of Alexandria, community members, and other stakeholders in the coming months to collectively reimagine the former industrial site into a thoughtful mixed-use development that benefits the community and becomes a source of pride for the City.

Melissa Schrock, Senior Vice President, Mixed Use Development at Hilco Redevelopment Partners, said “We are thrilled to have the chance to re-envision this former industrial site in a manner that is consistent with the Old Town North Small Area Plan and provides for new uses such as housing, commercial office, dining and retail, and public open space along the Potomac River and we look forward to working with local officials and stakeholders on the vision.” 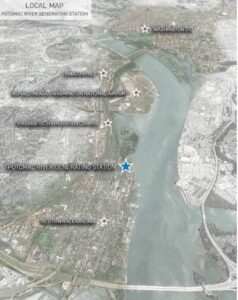 Hilco Global Founder and Chief Executive Officer Jeffrey Hecktman said, “Every opportunity to transform sites like these into new spaces that better serve the community is exciting for our firm. Given its location in historic Old Town Alexandria and within sight of the Washington Monument and our nation’s Capital, this one is special. We’re excited to begin the redevelopment process and work as a partner and good neighbor to the citizens of Alexandria.”

HRD creates value by remediating and redeveloping obsolete real estate and transforming it into logistics facilities, fulfillment centers, and mixed-use developments located near major transportation hubs, ports, and strategic infrastructure assets to revitalize the local economy. Their projects tend to be located in markets with strong labor pools near major population centers for both large scale industrial redevelopment and mixed-use projects.

Unless otherwise credited, all images are courtesy of Hilco.