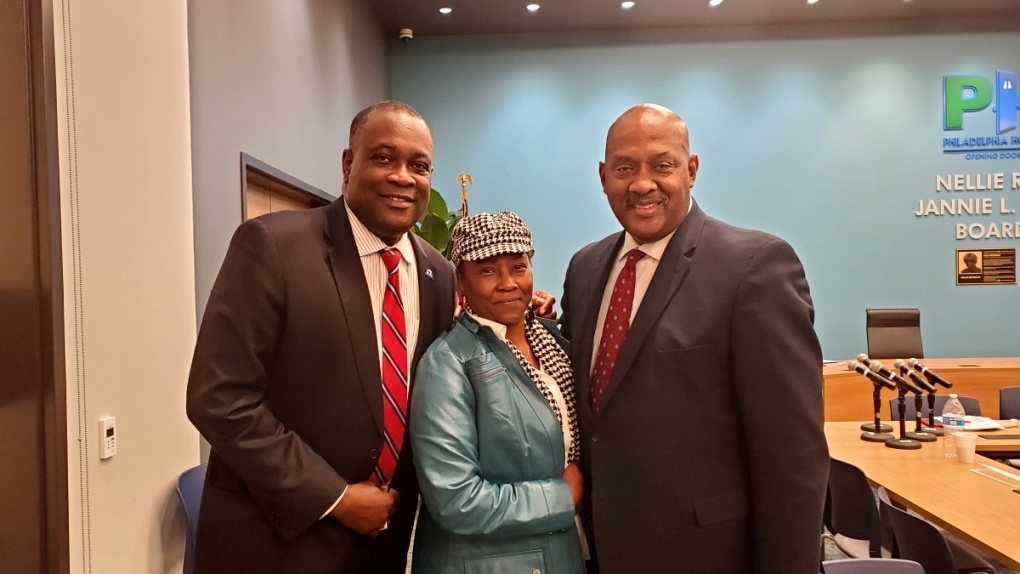 On April 23, 2020, the Sharswood-Blumberg neighborhood of Philadelphia, Pennsylvania won $30 million in federal funding for revitalization.

“This is up there with the Eagles winning the Super Bowl!” said Congressman Dwight Evans (PA-03).

“I’ve been working on this for years, and this $30 million in federal funding will leverage over $225 million in investment. I was born nearby, near 16th and Seybert streets, so this is personal to me. The neighborhood used to have a movie theater and thriving entrepreneurs, and this massive infusion of funding will transform it again,” he explained.

Evans worked diligently with the city government to aid the Philadelphia Housing Authority’s application for a competitive Choice Neighborhoods Initiative grant from the U.S. Department of Housing and Urban Development (HUD).

Philadelphia’s grant is just one of four awarded nationwide and is for redeveloping public housing and revitalizing the surrounding neighborhood.

Kelvin A. Jeremiah, president and CEO of the Philadelphia Housing Authority, said, “Congressman Evans was there from the beginning, going back to his time as a state representative. The award of this $30 million grant will leverage well over $225 million of investment. This essentially guarantees the work that started nearly 4 years ago will be completed, with the full support of our federal, state and local partners. Congressman Evans gave his word and he delivered really big. On behalf of the PHA and the community, that will benefit from the transformation, I want to thank him for his continued support.”

Evans has striven to be a “housing congressman,” working with the Philadelphia Housing Authority, the Pennsylvania Housing Finance Agency and community partners such as Project HOME, whose president and executive director, Sister Mary Scullion, was his guest at this year’s State of the Union address. Evans serves on the influential House Ways and Means Committee, which oversees taxes and other key issues, including oversight of state housing finance agencies.