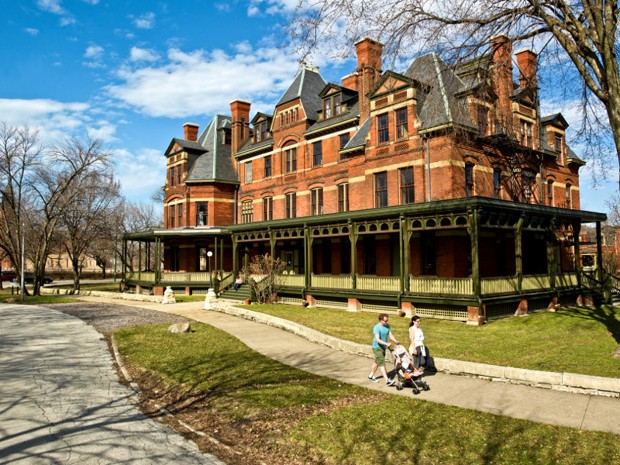 All across America, from Cleveland and Buffalo to Portland and Pittsburgh, people from all walks of life—led by the young, diverse, millennial generation—are choosing to live, work, and play in historic neighborhoods. They want the kind of distinctiveness, character, and sense of place that historic preservation districts provide.

But many urban economists ignore these attributes of historic districts. They sometimes believe that historic preservation districts are to blame for the affordable housing crisis that many U.S. cities are now facing, by preventing the dense, tower-based develop that can provide more housing.

While this is a common view among a certain subset of urban economists, it is also deeply flawed, for a number of reasons.

First, older buildings are often very well equipped to provide affordable housing, because they were designed to hold multiple families and uses. That is why, all across America right now, creative adaptive reuse projects are converting historic schools, warehouses, old homes, and other buildings to housing for those in need.

Second, while we share the concern about the affordable housing crisis gripping the nation, getting rid of historic preservation districts is not the answer. Economists such as Edward Glaeser have argued that historic districts prevent affordability by limiting tall and dense new development that could fit everyone.

But, as the urban planner Jeff Speck points out in Walkable City, “economists don’t seem to have fully processed one thing the designers know, which is how tremendously dense a city can become at moderate heights. Boston’s North End, in Jane Jacobs’ day, achieved 275 dwelling units per acre with hardly an elevator in sight.”