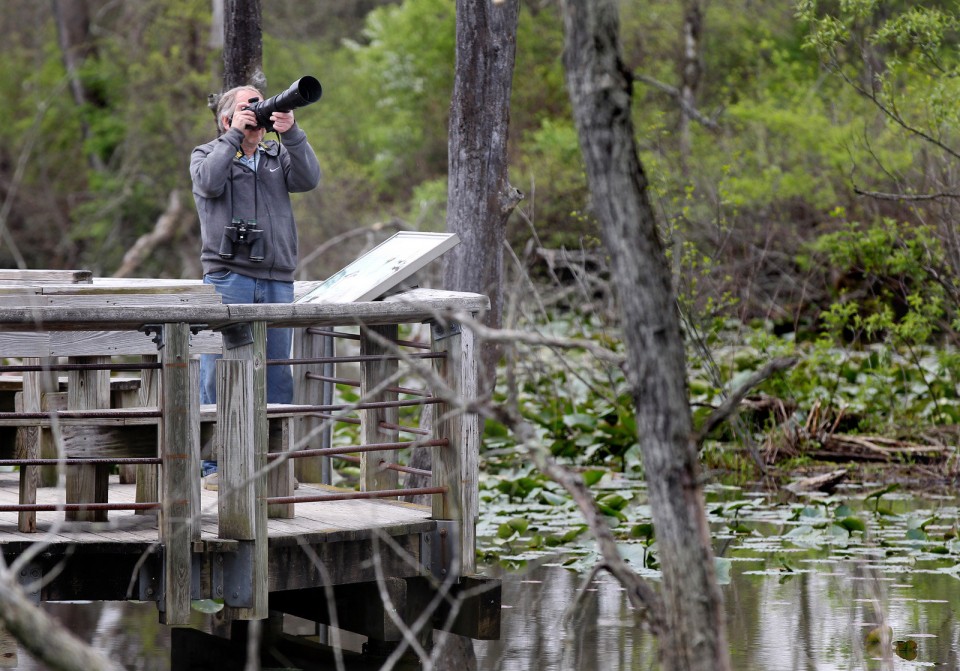 When you think of national parks, you may picture the Grand Canyon or the soaring trees of Redwood National Park. But not all getaway spots are that ancient.

In the middle of Cuyahoga Valley National Park — where the Brandywine Falls cascade and natural rock ledges carve through trails — lies Beaver Marsh. Looking at the beauty that surrounds it, it’s hard to imagine this place as a garbage dump.

Reclamation is one of the central themes of this national park. Thirty-three-thousand acres nestled between two Ohio cities – Cleveland to the North and Akron to the South – the area was once so polluted, the Cuyahoga River caught fire.

Leaning against the wood railing, I focus my binoculars on what looks like a pile of sticks across the water. I’m told it’s a beaver lodge.

My brain, however, is focused on something else entirely: This place used to be a junkyard? Filled with tires and pipes and all manner of debris?

It’s astounding to me the way nature recovers so quickly, so completely. That’s evident, of course, throughout the entire Cuyahoga Valley National Park, but nowhere more poignantly than at Beaver Marsh, and at no time more spectacularly than in the spring.

I look down, into the water, and see fish and turtles and ducks; I look up, into the trees, and see swallows and red-wing blackbirds.

It wasn’t always so.

Rob and Peg Bobel remember well the land before the cleanup of the salvage yard that used to blight this area. Today, it’s nearly impossible to imagine how it looked back then.

A parking lot was originally planned for the area that became Beaver Marsh. These industrious rodents had a different idea: They dammed up one side of the former Ohio and Erie Canal, and created a 70-acre wetlands.

No way was the park putting a parking lot over that.

“It’s one of the best examples of wetlands in Ohio,” said Ryan Ainger, a ranger with the National Park Service. “We call them nature’s little engineers.”