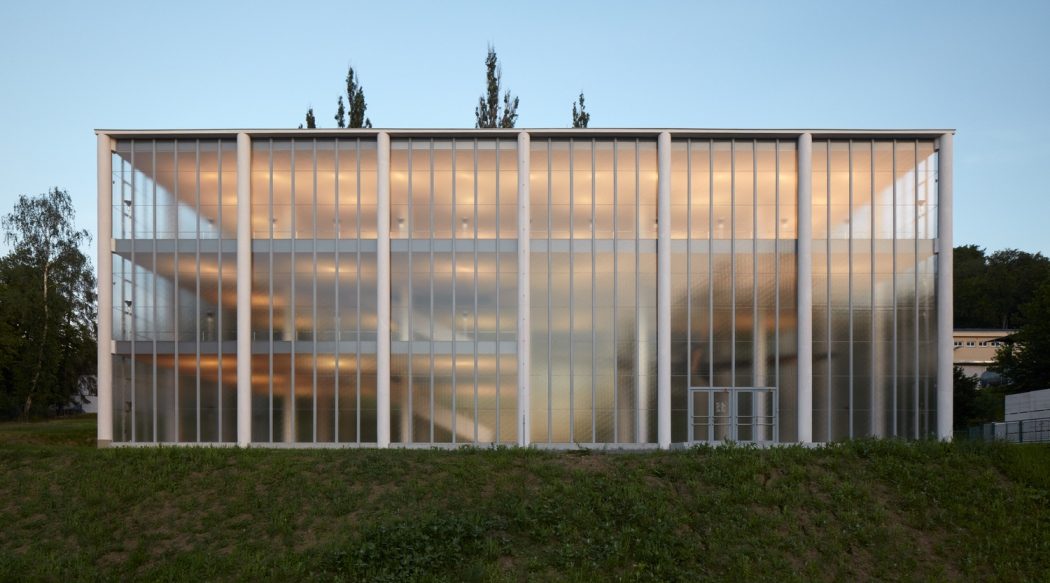 Tomáš Baťa (1876 – 1932) was the Czech Republic‘s (then Czechoslovakia) most famous and successful entrepreneur. He founded the Bata Shoes company, one of the world’s largest multinational retailers. By the early 1930s—under Tomas Bata’s leadership—the Baťa enterprise and Czechoslovakia were the leading footwear exporters on the planet. 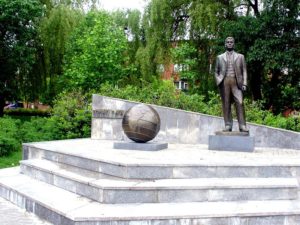 Baťa was widely regarded as a businessman with an acute sense of social consciousness. He was a proponent of the Garden City movement, helping to revitalize and modernize his hometown—in a way that boosted both employment and housing—making him a very popular citizen in the town, resulting in his becoming the mayor of Zlín.

Tomáš Baťa died in a plane crash in 1932 near the Zlín airport, trying to fly to Möhlin in Switzerland on a business trip under bad weather conditions (dense local fog).

One year after the death of Tomáš Baťa, a monument to him was erected, designed by František Lýdie Gahura. Now it has been beautifully restored by the architects at TRANSAT architekti. The interior features just one object: a shiny new version of the ill-fated Junkers F 13 aircraft in which Baťa died.

Here’s some information of the restoration, kindly provided by TRANSAT architekti: 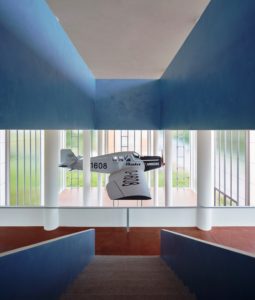 At the first glance, the idea for the monument is simple: an empty prism placed on a visible spot above the town, on the central axis of the ascending park space, made up of several modules of the Zlín 6.15 x 6.15 m frame and clad only with cathedral glass.

Gahura reduced the monument to three basic materials of Zlín architecture – concrete, steel and glass that were supposed to, together with the building’s composition, express the unique attributes of Tomáš Baťa: generosity, clarity, aspiration, optimism, simplicity, honesty and truth.

The execution of the standardised frame as a single column hall and a three-aisled space at the same time, the variable height of the space and dispersed natural light brought the stripped-down Zlín constructivism closer to sacral buildings of the ancient and medieval times, without using any historical shapes. 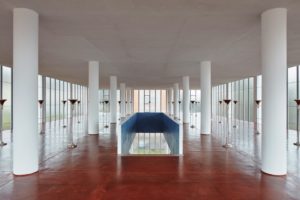 This was enhanced by the consistent vertical concept of the building. Gahura explained it by the fact that the purpose of the building is ideological and with this verticality, weightlessness, and simplicity of the one-directional sectioning, the monument expresses specific traits of Baťa’s character.

The monument was built without any technical or sanitary facilities – it was actually a greenhouse with no possibilities for heating, water supply, or toilets. In the 50’s it was rebuilt to be a concert hall and gallery and with it, the monument lost its architectural qualities. The name of Tomáš Baťa was erased from memory.

The comprehensive renewal of the original state of the monument, in preparation for 18 years, aimed again toward simplicity and reduction of all dispensable equipment that is usual in today’s buildings. 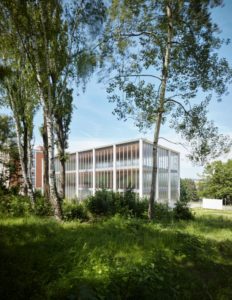 All of the operational, technical and service elements and spaces are located separately from the monument.

The core meaning of the building consists of the visitor’s experience of the space and light, in slowing down and contemplation. Due to the fact that the structure is an internationally acclaimed monument of modern architecture, the project had high aspirations in terms of quality of the renewal. For many of the building elements a restoration approach was chosen, common with the most valued historic buildings.

Given the monument’s place in the structure of Zlín, the building is also a light-landmark of the town. The possibility of using the building for reverential and social events or exhibitions will always be limited with regard to the ideological and architectural essence of the monument and the austere conditions of its interior environment. The dominant feature of the interior is a new model of the Junkers F 13 aircraft.

Unless otherwise credited, all images are courtesy of BoysPlayNice.