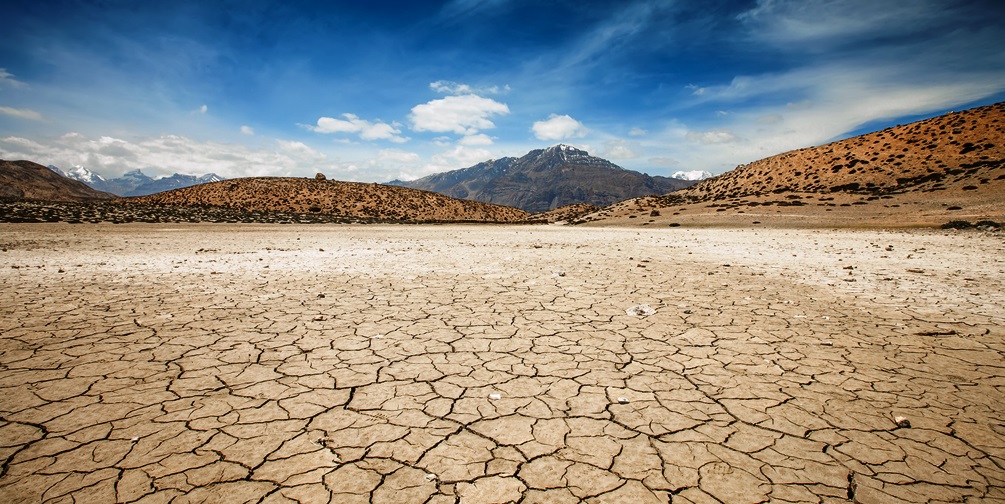 The critical need to accelerate the switch from unsustainable industrial agriculture to regenerative farming and ranching—and the need to shift all land use to a restorative model (as originally called for in The Restoration Economy back in 2002)—was made even more clear with the publication of Climate Change and Land by the Intergovernmental Panel on Climate Change (IPCC) on August 8, 2019.

Land all across the planet is already under growing human pressure and climate change is adding to these pressures. At the same time, keeping global warming to well below 2ºC can be achieved only by drastically reducing greenhouse gas emissions from all sectors including land and food, while simultaneously boosting carbon-negative activities—such as reforestation and regenerative agriculture—to actually restore the climate. In other words, we have to reduce new damage at the same time that we’re undoing existing damage.

“More than two billion hectares of land are degraded. Initiatives to restore land on a national or landscape level are not only vital in reversing the process. They are critical for helping the global community mitigate and adapt to climate change in the short term, using soil and vegetations through methods that do not harm the Earth,” said Ibrahim Thiaw, UN Under Secretary General and Executive Secretary to the UN Convention to Combat Desertification.

The IPCC, the world body for assessing the state of scientific knowledge related to climate change, its impacts and potential future risks, and possible response options, saw the Summary for Policymakers of the Special Report on Climate Change and Land (SRCCL) approved by the world’s governments on August 7, 2019 in Geneva, Switzerland.

It will be a key scientific input into forthcoming climate and environment negotiations, such as the Conference of the Parties of the UN Convention to Combat Desertification (COP14) in New Delhi, India in September and the UN Framework Convention on Climate Change Conference (COP25) in Santiago, Chile, in December.

“Governments challenged the IPCC to take the first ever comprehensive look at the whole land-climate system. We did this through many contributions from experts and governments worldwide. This is the first time in IPCC report history that a majority of authors – 53% – are from developing countries,” said Hoesung Lee, Chair of the IPCC.

This report shows that better land management can contribute to tackling climate change, but is not the only solution. Reducing greenhouse gas emissions from all sectors is essential if global warming is to be kept to well below 2ºC, if not 1.5oC.

In 2015, governments backed the Paris Agreement goal of strengthening the global response to climate change by holding the increase in the global average temperature to well below 2ºC above pre-industrial levels and to pursue efforts to limit the increase to 1.5ºC.

Land must remain productive to maintain food security as the population increases and the negative impacts of climate change on vegetation increase. This means there are limits to the contribution of land to addressing climate change, for instance through the cultivation of energy crops and afforestation. It also takes time for trees and soils to store carbon effectively. Bioenergy needs to be carefully managed to avoid risks to food security, biodiversity and land degradation. Desirable outcomes will depend on locally appropriate policies and governance systems.

Land is a critical resource

Climate Change and Land finds that the world is best placed to tackle climate change when there is an overall focus on sustainability.

“Land plays an important role in the climate system,” said Jim Skea, Co-Chair of IPCC Working Group III. “Agriculture, forestry and other types of land use account for 23% of human greenhouse gas emissions. At the same time natural land processes absorb carbon dioxide equivalent to almost a third of carbon dioxide emissions from fossil fuels and industry,” he added.

The report shows how managing land resources sustainably can help address climate change, said Hans-Otto Pörtner, Co-Chair of IPCC Working Group II. “Land already in use could feed the world in a changing climate and provide biomass for renewable energy, but early, far-reaching action across several areas is required,” he explained. “Also for the conservation and restoration of ecosystems and biodiversity.”

When land is degraded, it becomes less productive, restricting what can be grown and reducing the soil’s ability to absorb carbon. This exacerbates climate change, while climate change in turn exacerbates land degradation in many different ways.

“The choices we make about sustainable land management can help reduce and in some cases reverse these adverse impacts,” said Kiyoto Tanabe, Co-Chair of the Task Force on National Greenhouse Gas Inventories.

“In a future with more intensive rainfall the risk of soil erosion on croplands increases, and sustainable land management is a way to protect communities from the detrimental impacts of this soil erosion and landslides. However there are limits to what can be done, so in other cases degradation might be irreversible,” he added.

The report sets out options to tackle land degradation, and prevent or adapt to further climate change. It also examines potential impacts from different levels of global warming.

Coordinated action to address climate change can simultaneously improve land, food security and nutrition, and help to end hunger. The report highlights that climate change is affecting all four pillars of food security: availability (yield and production), access (prices and ability to obtain food), utilization (nutrition and cooking), and stability (disruptions to availability).

“Food security will be increasingly affected by future climate change through yield declines – especially in the tropics – increased prices, reduced nutrient quality, and supply chain disruptions,” said Priyadarshi Shukla, Co-Chair of IPCC Working Group III. “We will see different effects in different countries, but there will be more drastic impacts on low-income countries in Africa, Asia, Latin America and the Caribbean.”

The report records that about one third of food produced is lost or wasted. Causes of food loss and waste differ substantially between developed and developing countries, as well as between regions. Reducing this loss and waste would reduce greenhouse gas emissions and improve food security.

The report finds that there are ways to manage risks and reduce vulnerabilities in land and the food system.

Reducing inequalities, improving incomes, and ensuring equitable access to food so that some regions (where land cannot provide adequate food) are not disadvantaged, are other ways to adapt to the negative effects of climate change. There are also methods to manage and share risks, some of which are already available, such as early warning systems.

This could enable a more resilient food system and make more land available for bioenergy, while still protecting forests and natural ecosystems. However, without early action in these areas, more land would be required for bioenergy, leading to challenging decisions about future land-use and food security.

“Policies that support sustainable land management, ensure the supply of food for vulnerable populations, and keep carbon in the ground while reducing greenhouse gas emissions are important,” said Eduardo Calvo, Co-Chair of the Task Force on National Greenhouse Gas Inventories.

Policies that are outside the land and energy domains, such as on transport and environment , can also make a critical difference to tackling climate change. Acting early is more cost-effective as it avoids losses.

“There are things we are already doing. We are using technologies and good practices, but they do need to be scaled up and used in other suitable places that they are not being used in now,” said Panmao Zhai, Co-Chair of IPCC Working Group I. “There is real potential here through more sustainable land use, reducing over-consumption and waste of food, eliminating the clearing and burning of forests, preventing over-harvesting of fuelwood, and reducing greenhouse gas emissions, thus helping to address land related climate change issues.”

It is one of three special reports that the IPCC is preparing during the current Sixth Assessment Report cycle.

The report was prepared under the scientific leadership of all three IPCC Working Groups in cooperation with the Task Force on National Greenhouse Gas Inventories and supported by the Working Group III Technical Support Unit.

Photo of drought in Dhankar, India via Adobe Stock.

See Summary for Policymakers of the Special Report on Climate Change and Land (SRCCL).