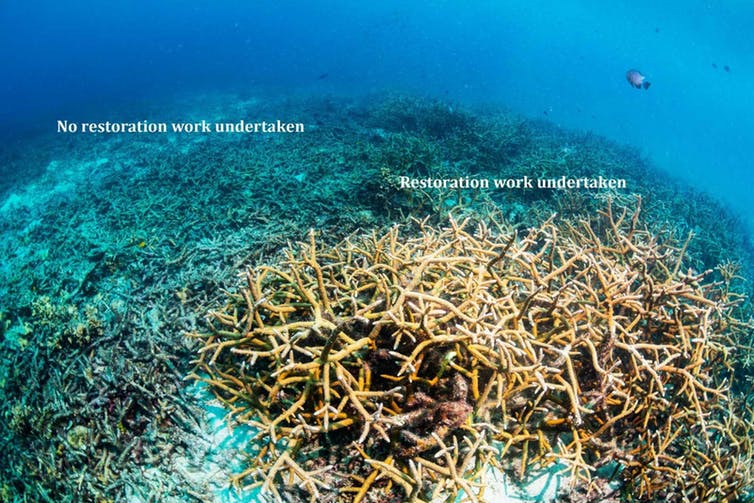 When I (Storm Cunningham) first mentioned the need for coral reef restoration in my 2002 book, The Restoration Economy, many folks thought I was hallucinating. It wasn’t prescience on my part, though: I had an advantage. 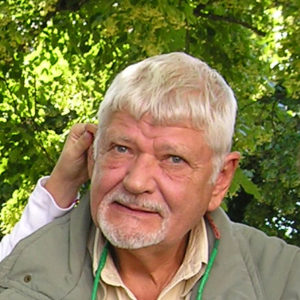 I had been a volunteer SCUBA diver for the late, great German scientist Wolf Hilbertz back in the 90’s, helping him install his brilliant reef restoration experiments on the ocean floor in Jamaica. I had seen accelerated coral restoration with my own eyes.

Add to these challenges a vast army of politicians (owned or rented by the fossil fuel industry)—who pretend they believe that anthropogenic climate change is a global scientific conspiracy—the art and science of coral restoration has seen an explosion of funding, practice and scientific advancement.

Some scientists have argued that reef restoration is a Band-Aid for the enormous problems that reefs face. We can agree with this point of view, but there are times when a band aid is very useful – and may prevent much more serious injuries.

As reported here in REVITALIZATION, earlier this year the federal government allotted an unprecedented A$500 million dollars to the Great Barrier Reef. This included A$100 million focused on restoration to improve the health of the reef.

there have been three major waves of reef restoration. The first wave started in the 1970s and ‘80s, as scientists were able to easily SCUBA dive and new protective legislation was introduced around the world. This largely involved the addition of new habitats. These could be coral transplants, or artificial constructs likes shipwrecks, concrete pipes, tyres and a purpose built structure called a reef ball.

The second wave from 2000-2010 was associated with scientists and conservationists responding to local concerns from cyclone damage, overfishing, introduced species and over-crowding at tourism sites, particularly in the Caribbean. Restoration methods at this point expanded to removing items as well as adding them, including algae, crown-of-thorns and lionfish.

The third wave, from 2016, has focused on new scientific technology such as micro-fragmentation: breaking coral into small pieces so it grows faster. It also emphasises partnerships between government-business-community to reduce threats and restore reefs.

See article by Jason deCaires Taylor in The Conversation.