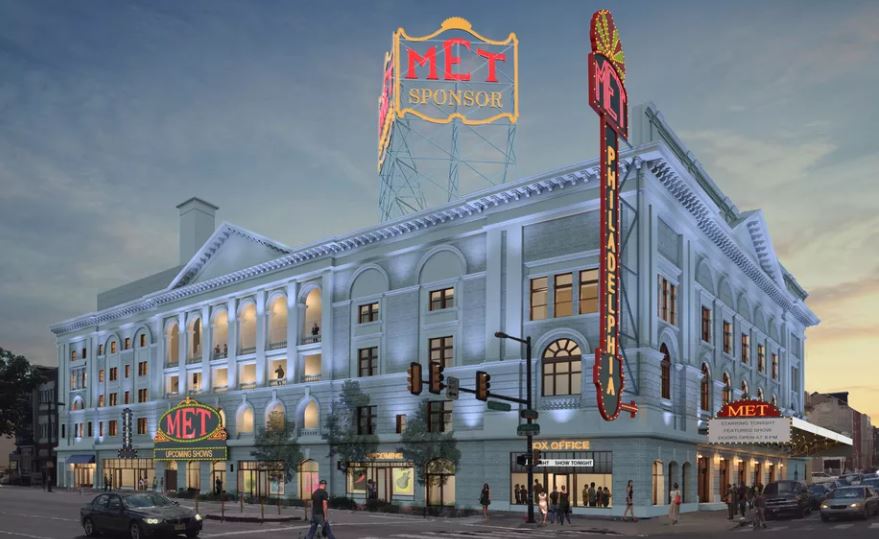 Despite its sizeable dimensions, the Philadelphia Metropolitan Opera House has for many years remained remarkably discreet on North Broad Street, overshadowed by its more obtrusive commercial neighbors.

Hammerstein sold the house to the Metropolitan Opera of New York City in 1910, when it was renamed. The Met used the MOH through 1920, after which various opera companies used the house through 1934. 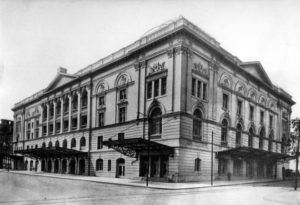 For over five more decades it remained in constant use in turn as a movie theater, a ballroom, a sports venue, and a church. The MOH then fell into serious disrepair and was unused and vacant from 1988 until 1995, when it became the Holy Ghost Headquarters Revival Center at the Met. The church stabilized much of the building, eventually paving the way for this latest renovation. The MOH has been listed in the National Register of Historic Places since 1972.

When its doors closed to the public in the 1950s, a fascinating history was sealed, for few now know the Met’s cultural significance or can recall the illustrious pageant of artistic performances once presented on its stage. That legacy augurs to continue this year, when, for the first time in nearly 80 years, the Met will reopen its doors as a public venue for the performing arts.

Back in January of 2018, real estate developer Eric Blumenfeld, who also restored the Divine Lorraine (previously documented here in REVITALIZATION), announced that he had received a $56 million loan from Billy Procida, Fulton Bank, PIDC, and New Orleans-based Enhanced Capital to revitalize the theater. He also secured a prominent tenant: Live Nation.

Blumenfeld said, “Without [their] support, this building would have been lost forever. My prediction is that the North Broad Street Corridor will just get better on December 13 of this year when we open and continue to attract the best and the brightest from all sectors of the economy.”

The renewal project heralds a new chapter in the building’s history, bringing the Philadelphia Metropolitan Opera House once again into the public eye.

Today at the intersection of Broad and Poplar, the elaborate scaffolding and noise of construction call greater attention to the Metropolitan Opera House. It is a promising picture, one that serves as a model for current developers who might revitalize, not demolish, the past.

What the Kimmel Center did for South Broad, the Met may do for North Broad and usher in the wave of commercial and residential development that newspapers once so confidently predicted in 1908. Modern developers exude great confidence in the theater’s ability to attract sufficient audiences to sustain the life of this venue.

Let us hope that the transformation of North Broad Street responsibly continues, and by so doing, promotes the Met’s integration into the life of the city once again.