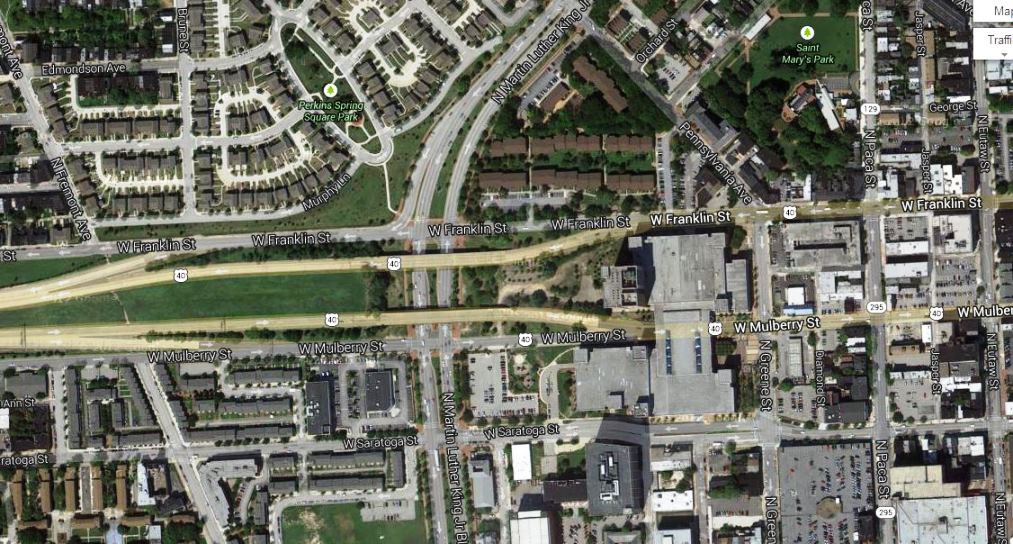 Before a derelict asset can be renewed, a viable new purpose is usually needed for it (or the underlying property). Only then can the necessary funds be raised for its renewal. That much is straightforward. But the last step—reconnecting—is often missed in community redevelopment projects. Done properly, reconnecting can more than double the projects ROI.

But, in some cases, community fragmentation is the primary problem—almost always the result of bad urban planning—and doing the reconnection first can lead directly to the repurposing and renewal needed to revitalize a place. The Biden administration is demonstrating a good appreciation of this dynamic, especially as regards minority neighborhoods that were demolished and severed by racist urban highway planners in the latter half of the 20th century.

The Reconnecting Communities Act would establish a grant program at the Department of Transportation to help communities identify and remove or retrofit highway infrastructure that creates obstacles to mobility and opportunity.

The bill is also cosponsored by Senators Kirsten Gillibrand (D-N.Y.), Reverend Raphael Warnock (D-Ga.), and Edward J. Markey (D-Mass.). (It seems that no Republicans were interested in correcting racial injustices or in revitalizing African American neighborhoods.)

“The development of the Interstate Highway System connected our country in ways it hadn’t been previously, but it also upended neighborhoods and left communities divided, many times over economic and racial lines. In many communities of color, nearby highways continue to represent real barriers for getting around and getting ahead,” said Chairman Carper.

“The Reconnecting Communities Act would empower communities to reverse this unfortunate legacy by building spaces over and around our highways, revitalizing nearby areas as a result. This legislation would help fund projects like a highway cap on I-95 in Wilmington to reconnect cities and open the door on a more equitable and sustainable future,” he added.

“For years, Baltimore’s Highway to Nowhere has scarred the city, dividing communities and serving as a stark example of the long history of inequity in infrastructure. Reversing this history by creating infrastructure that brings people together instead of holding communities back is vital to our success as a nation. That’s why I worked to author a pilot program to help tackle this issue, and why I’m glad to join Senator Carper in introducing this legislation to broaden our investments so our cities can transform divisive and harmful projects into economic opportunity. From Baltimore to cities across America, this is a key infrastructure priority, and we’ll be working to get it done,” said Senator Van Hollen, member of the Appropriations Subcommittee on Transportation, Housing, and Urban Development.

“In New York and across the country, highways like Syracuse’s I-81 have too often been built through low-income neighborhoods and communities of color, displacing residents, increasing pollution, and limiting economic opportunities in impacted neighborhoods,” said Majority Leader Schumer.

“That’s why I am proud to co-sponsor the Reconnecting Communities Act – a key part of the Economic Justice Act – to help right these wrongs by identifying and removing these hulking physical barriers to mobility and opportunity. Infrastructure should build up communities, not divide them. This legislation will ensure local communities have the federal resources needed to revitalize and reconnect communities that have been neglected for far too long,” he continued.

“Transportation should be a source of growth and mobility, not division and exclusion,” said Senator Cardin, Chair of the EPW Transportation and Infrastructure Subcommittee. “We need to reconnect neighborhoods in Baltimore City and elsewhere that have suffered the harmful impacts of past infrastructure projects while receiving none of the benefits. Our legislation provides federal resources to tear down the physical barriers to opportunity.”

“In cities across the country, communities of color have disproportionately seen their homes and businesses demolished for the construction of highways that in turn separate them from their neighbors and from economic opportunity. This is just one example of how government has disrupted and divided communities through the placement of infrastructure projects. As we work to rebuild our economy and our infrastructure, we must do so equitably. The Reconnecting Communities Act will play an important role in making sure that we don’t return to the status quo, but that we repair the harm and injustice these communities have faced,” said Senator Padilla.

“I am proud to work with Senator Carper on this legislation that not only aligns with President Biden’s American Jobs Plan but also would make purposeful investments in infrastructure that will help address the historical impacts of discriminatory public planning practices,” said Senator Coons. “The Reconnecting Communities Act is one of many critical steps we must take to ensure we build back better in a fair and equitable way.”

In March 2019, a pilot program mirroring this proposal was originally authored by Senator Van Hollen and passed unanimously by the Environment and Public Works Committee within the bipartisan America’s Transportation Infrastructure Act of 2019.

Google Maps image shows the intersection of two of the urban highways that demolished and divided minority neighborhoods in Baltimore.