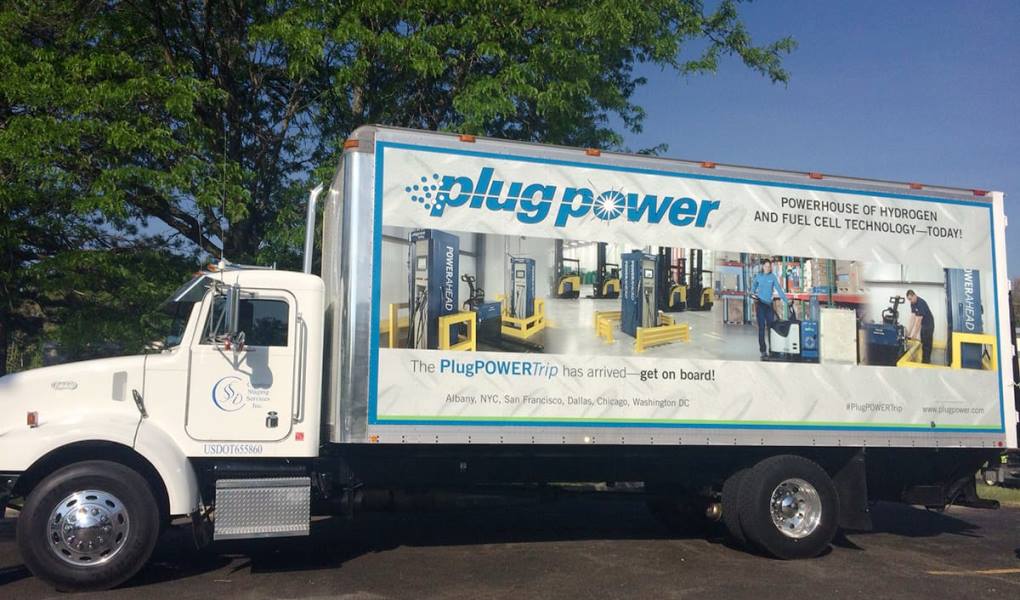 As described in The Restoration Economy way back in 2002, the ideal way to renovate out global power grids is via distributed (smart grid), hydrogen-powered networks, whereby almost every structure that uses power also produces it, sharing any excess back to the grid for monetary credit.

Hydrogen is ideal because it emits only pure water vapor as its exhaust. It works like this: hydrogen is produced by splitting water (hydrolysis). If the energy it takes to split it comes from a clean source—such as wind, solar, geothermal, etc.—then hydrogen becomes the best way to capture clean energy and transport it wherever it’s needed.

When power is desired, running the hydrogen through a fuel cell combines the hydrogen back with oxygen to produce water again. That releases exactly as much energy as was used to split them. Fuel cells can be (and have been) installed in almost any building or vehicle. And now, with the return of the 120-year-old nickel-iron battery, vehicles can create their own hydrogen as a waste product of using their batteries!

The primary obstacle has been the electrical utilities and fossil fuel companies via easily-purchased (or rented) conservative politicians: the former has blocked smart grids (to preserve their generation monopoly) and the latter has blocked clean energy in general, and the creation of hydrogen infrastructure in particular. Now, with more electric cars on the road every day, the business case for hydrogen infrastructure is getting easier to make.

Currently, consumers desiring less-polluting cars have to choose between all-electrics, which are cleaner and have better performance, or hybrids with backup gasoline engines, which have better range. The next step is hybrids that use hydrogen fuel cells as the backup power, thus combining the zero emissions of all-electric with the extra range of hybrids. 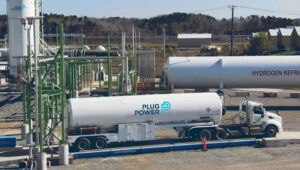 “New York State is committed to establishing itself as the leader in the national effort toward a more renewable future focused on green energy excellence, and we’re showing that protecting the environment and encouraging economic growth aren’t mutually exclusive,” Governor Cuomo said. “We are incredibly proud to partner with Plug Power once again and applaud the company’s continued investment in the Finger Lakes region and to its commitment to creating top-quality green jobs as we work to foster new investment and job growth during a difficult economic time for many New Yorkers.”

The Plug Power project is the first build at the STAMP site and will require that the company fund the construction of a 450-megawatt electric substation to support its expansion as well as future growth opportunities at the business park. Plug Power has additionally committed to creating 68 jobs at the new production facility, which will produce 45 tons of green hydrogen daily. The firm’s commitment to develop its new green hydrogen fuel production facility in New York is the result of a comprehensive state and local incentive package from the New York Power Authority, Empire State Development and Genesee County. Construction on the new facility is expected to begin this summer.

“Not only does today’s announcement mean more advanced manufacturing jobs in Genesee County, but we are also investing in a cleaner, greener future for New York State,” Lieutenant Governor Kathy Hochul said. “Through the support of New York State, Plug Power, a leading alternative energy technology provider, will develop a new green hydrogen fuel production facility. We are proud to partner with companies like Plug Power that are building on our efforts to keep our state ahead of the curve and create a green economy.”

The state incentives directly support the Governor’s ambitious Green Energy program—the most aggressive climate and clean energy initiative in the nation—which will spur more than $29 billion in public and private investment across the state and create 12,400 megawatts of green energy, enough to power six million homes.

Alabama Town Supervisor Robert Crossen said, “I am encouraged by the interest that various advanced manufacturing companies, including Plug Power have in the Town of Alabama and STAMP. We have worked very hard to bring forward a site suitable for a project of this scale, and we look forward to achieving the important steps to develop and advance this project in our community.”

The investments will not only help shift the state toward a carbon neutral economy, fulfilling the goals of New York’s Climate Leadership and Community Protection Act, but also spur economic recovery from the COVID pandemic.

NYPA’s incentives, which are subject to approval by the New York Power Authority Board of Trustees next month, will mark the first NYPA customer approved for economic development incentives under the Power Authority’s new green jobs criteria, announced by the Governor in December.

Genesee County Economic Development Center President and CEO Steve Hyde said, “Efforts by New York State to invest in a mega site such as STAMP in collaboration with Genesee County, the town of Alabama, and the New York Power Authority, have resulted in a significant interest among advanced manufacturing companies across the globe at STAMP and Genesee County. The economic benefits of this proposed development at STAMP also underscores how this project contributes to New York State’s leading role in mitigating climate change, as Plug Power is an international leader in manufacturing clean hydrogen which can significantly reduce air emissions and in the process create good paying jobs for our community and region.”

The Governor is recommending that the NYPA board approve these incentives:

The Plug Power expansion is part of a focused strategy to construct up to seven hydrogen production facilities across North America by 2022. In January, the Governor announced that Plug Power will be establishing a $125 million Innovation Center in Monroe County, creating 377 new jobs. That facility will manufacture hydrogen fuel cell stacks for its ProGen hydrogen fuel cell engines used to power a variety of electric vehicles, including material handling equipment, on-road commercial fleet vehicles, and drones. The company also operates a facility in Rochester’s Eastman Business Park and maintains its headquarters in the Capital Region.

Gil C. Quiniones, NYPA president and CEO, said, “The state’s clean energy economy is growing rapidly under the Governor’s leadership and Plug Power is seizing the plentiful opportunities for green energy companies to expand and flourish in New York. Leveraging NYPA’s carbon-free hydropower from the Niagara Power Project to attract a firm dedicated to the development of green hydrogen for fuel cell applications is an example of how we should address the climate crisis.”

STAMP is a 1,250-acre mega site located at the center of upstate New York’s largest population, research, and workforce training hubs. Connected with New York’s high-tech corridor by New York State Thruway, STAMP has completed all site-level design and engineering, and all-site level environmental and zoning approvals to house projects including semiconductor manufacturing, renewables manufacturing, biopharma manufacturing, and other high-capacity industries. The mega site is strategically located in NYPA’s low-cost hydropower zone and will be serviced by high-capacity, 100 percent renewable, reliable power sources. STAMP has been validated as a regional priority project by the Finger Lakes Regional Economic Development Council and has been supported by local, regional, and state governments, as well as business, university, and utility partners.

Plug Power CEO Andy Marsh said, “Plug Power’s future rightfully revolves around building the green hydrogen economy. We are grateful our home state of New York supports aggressive climate and clean energy initiatives. And, that Plug Power’s green hydrogen solutions can make such an impact on positive environmental and economic climates in the state. Many thanks to the leaders of New York State for their continued support including Senator Schumer, Governor Cuomo, and many from Empire State Development, Genesee County Economic Development Center, and others.”

The NYPA funding award is made possible through net earnings resulting from the sale of unused hydropower generated at NYPA’s Niagara power plant and stems from power proceeds legislation signed into law by Governor Cuomo in 2012.