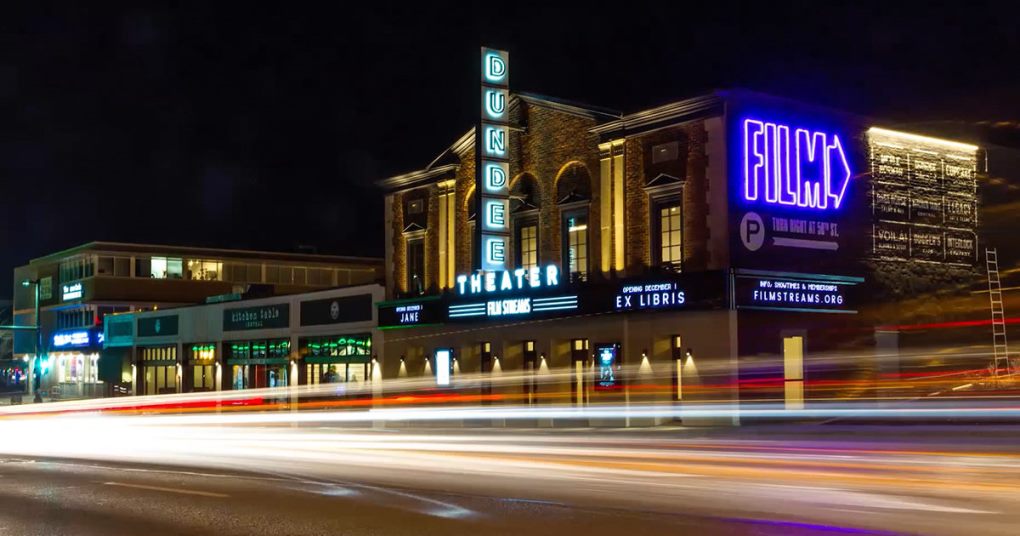 In eastern Nebraska, the Dundee Theater first opened in December of 1925, within what was then the suburban Omaha community of Dundee. Four years later, sound technology arrived, marking the first of many changes to the cinema through the years.

At times, the Dundee served as a venue for popular Hollywood fare, including its historic 118-week run of The Sound of Music in the mid-1960s. At other times, it operated as an art house, introducing new independents and international films to local audiences. 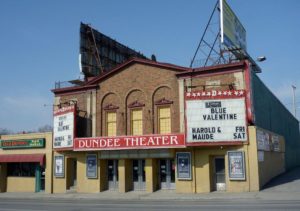 Dundee Theater in 2011.Photo by Matt Johnson via Wikipedia.

In 2017, following a transformational gift of property from The Sherwood Foundation that saved the vacant, abandoned Dundee Theater, Film Streams took ownership of the historic cinema and began a major renovation to secure its future.

Improvements and additions now include a new, safer entrance on the north side of the building, a larger lobby/community space shared with our restaurant partners Kitchen Table Central, and a brand new screening room, the 25-seat Linder Microcinema, that will feature more experimental and challenging art films while also serving as the home for Film Streams Courses.

The renovation took place over the better part of 2017, and was led by Alley Poyner Macchietto Architecture, which advocated for not just the preservation and restoration of historic building materials, but for creating a modern theater with modern amenities.

Blending the best of the old with the new, the Dodge Street facade is now punctuated by a massive vertical marquee spelling out DUNDEE, based on a late 1930s marquee found in historic photographs.

It’s more than just a flashy sign: it helps the theater become a place-making statement that helps revitalize the Dundee neighborhood.

Despite being part of the National Register of Historic Places as the Dundee/Happy Hollows Historic District, the neighborhood has lost the majority of its historic buildings along Dodge Street.

Hopefully, this lovely private restoration will help overcome what seems to be a lack of public leadership regarding heritage preservation, ehich has led to the devitalization of Dundee.

But Fim Streams is shooting for more than economic revitalization. They have brought over 5000 high school kids to their theaters to engage in socially-important discussions. For instance, they used Ava DuVernay’s 13th—a film exploring racial inequality and imprisonment in the United States—as a stimulus for some challenging and necessary conversations.

In this space, at the intersections of community-building, art, and film, Film Streams has done much more than renovate the Dundee Theater: They have created a purposeful new life for it.

Featured photo is by Eric Anderson, courtesy of Film Streams.