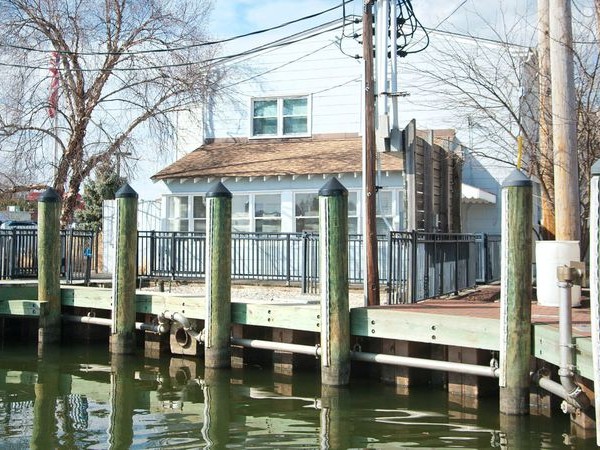 On November 15, 2021, the National Park Service Chesapeake Office (NPS Chesapeake), in partnership with Preservation Maryland, announced that funding is in place for the first phase of the Burtis House stabilization project in Annapolis, which will rehabilitate and enhance the historic 19th-century waterman’s cottage along the waterfront in Maryland‘s capital.

“The importance of saving a humble structure like this is it connects visitors and the community to the story of the working waterfront,” said Nicholas Redding, President & CEO of Preservation Maryland.

“This project is not just a pilot for Maryland but also a demonstration project for the rest of the country. Anywhere you go in the world, historic resources sit at the water’s edge; we must protect those resources, particularly those affected by an ever-changing climate and sea level rise. Preservation Maryland is appreciative of this combination and state and federal funding spearheaded by the National Park Service – Chesapeake Office so this important preservation work can continue,” he added.

In partnership with the City of Annapolis and NPS Chesapeake, Preservation Maryland, via its Historic Property Redevelopment Program, is leading phase one of this dynamic climate resiliency project, a key component of the larger revitalization and resiliency plans for City Dock.

“This project reflects the values and interests of the Annapolis community to save the Burtis House as the last-of-its-kind,” said Wendy O’Sullivan, Superintendent of the National Park Service – Chesapeake Office. “We listened to the community recommendations on the future of the historic waterman’s home that came forward in the Transforming City Dock report and moved quickly with the Mayor of Annapolis and Preservation Maryland to put the partnerships and funding pieces in place to begin the critical stabilization phase for the signature property. NPS Chesapeake Gateways is proud to be part of a coalition of partners to help Annapolis realize its vision for the Burtis House to serve as a Gateway to the Bay.”

Grants and financial assistance include a $100,000 grant from Maryland Heritage Areas Program, $75,000 from the Maryland General Assembly, and $155,173 from the NPS Chesapeake Gateways program.

“The Burtis House carries the everyday history of Annapolis forward to today,” said Annapolis Mayor Gavin Buckley. “Getting the property surplussed from the state will be step one. This stabilization effort is step two and step three will be the redesign of City Dock including Burtis House. We appreciate Preservation Maryland and National Park Service – Chesapeake’s effort to protect this historic house. We are grateful for this partnership at this time.”

Funding will support the first phase of preservation, which includes safeguarding the building from coastal flooding via elevation of the structure to align with the sea level rise resilience objectives, “mothballing” the structure and spaces, and conducting archeological investigations.

“The Burtis House represents the quintessential Annapolis water-centric story that deserves both preservation and telling,” said Senator Sarah Elfreth. “I’m proud that we have all the right partners – the State, the City, Preservation Maryland, Historic Annapolis, the National Park Service, and more – who are all dedicated to saving Burtis and turning it into a public asset.”

Additionally, there will be a public education component to highlight the history of the Burtis House site, located at 69 Prince George Street, and the Chesapeake Bay region’s maritime heritage.

“Now, with support from the Maryland Heritage Areas Authority and a broad coalition led by Preservation Maryland, we look forward to collaborating on the Burtis House Stabilization project. This effort will not only secure a future for an important historic property, but we hope that it will serve as a case study for other properties vulnerable to climate change in Annapolis and beyond,” she concluded.

Preservation Maryland recently named HD2Architects, an Annapolis-based firm, to begin the design phase of the project.