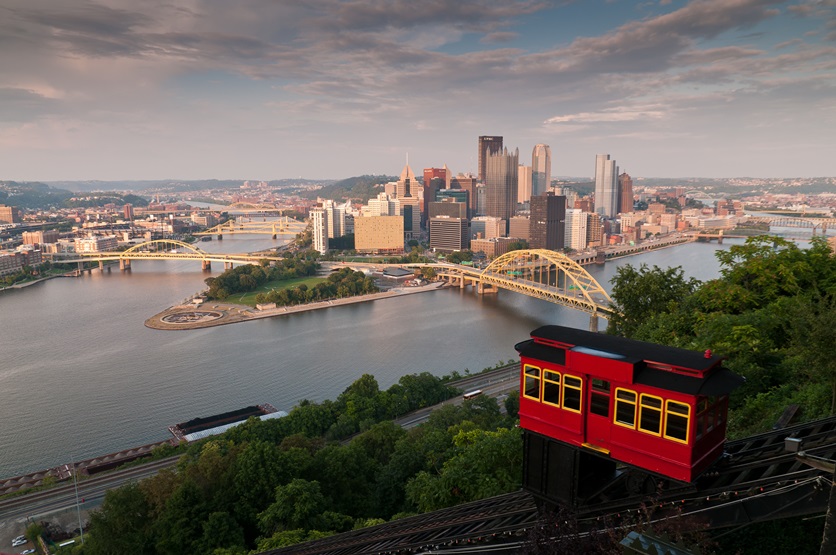 Prior to visiting Pittsburgh, Pennsylvania, I had images in my mind of the remnants of an industrial history; so chimneys, vast steel plants and coal faces, grime and dirty streets, and a hugely urbanised environment.

What I have actually come across is a city swathed with public spaces, greenery, and one which is making the most of its industrial heritage as a resource. When I arrived I took in a view that would rival any tourist spot in the world, looking over a trio of rivers, parks, and a range of bridge structures which set Pittsburgh as the most liveable city in the United States.

The response to economic decline in Pittsburgh has, like Cleveland, been shaped by collaboration across organisations, philanthropic capital from a range of foundations, developing entrepreneurship through its core anchor institutions and in raising the profile of Pittsburgh as a place to invest in.

What is different has been the approach to making the most of Pittsburgh’s environmental assets as spaces for both development and social interaction. So Pittsburgh has a rejuvenated riverfront lined with walkways and parks, spaces for taking in the view as described, and urban space which is both clean and utilised for a range of activities.