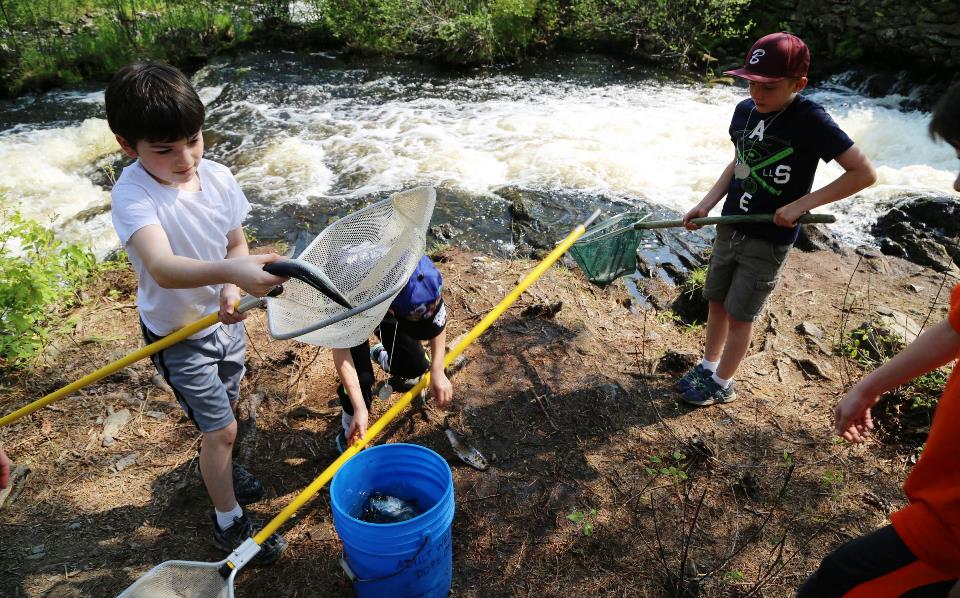 Alewives, or river herring, made their spawning migration to Maine in unusually high numbers this year, thanks in large part to restoration efforts and the removal of dams on the Penobscot and Kennebec Rivers.

Because they serve as a food source for several fish species as well as eagles, ospreys and other animals, alewives’ success is seen as an indicator of the health of Maine rivers. And one small stream in Bradley is expecting to see more than a million of the fish return over the next several weeks. 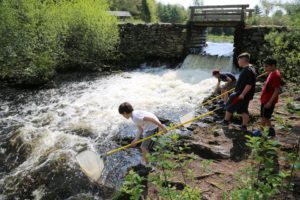 “That site is chocked with fish waiting for their turn to come up, you can see their dorsal fins sticking out of the river for hundreds of feet out into the river. You can see nothing but the fins of these fish sticking out waiting to come up into Blackman Stream,” says Josh Royte, a conservation scientist with the Nature Conservancy. “So it’s pretty exciting and there’s a lot more fish still to come.”

Seven years ago there were zero alewives in Blackman Stream. Last year, the fish counting tubes set up at the end of stream’s fishway recorded more than 600,000 of them.

Blackman has established itself as the biggest-producing alewife stream per acre in North America. That’s the kind of natural resource restoration that’s driving the world’s multi-trillion-dollar restoration economy.

But this kind of fishery-based economic growth is unique in that it’s primarily based on what we remove, rather than what we build. In this case, it’s the hundreds of thousands of mostly-useless, often-obsolete dams that are killing rivers and streams worldwide. For every one that is still serving some useful purpose, its estimated that there are 100 that do nothing but harm.