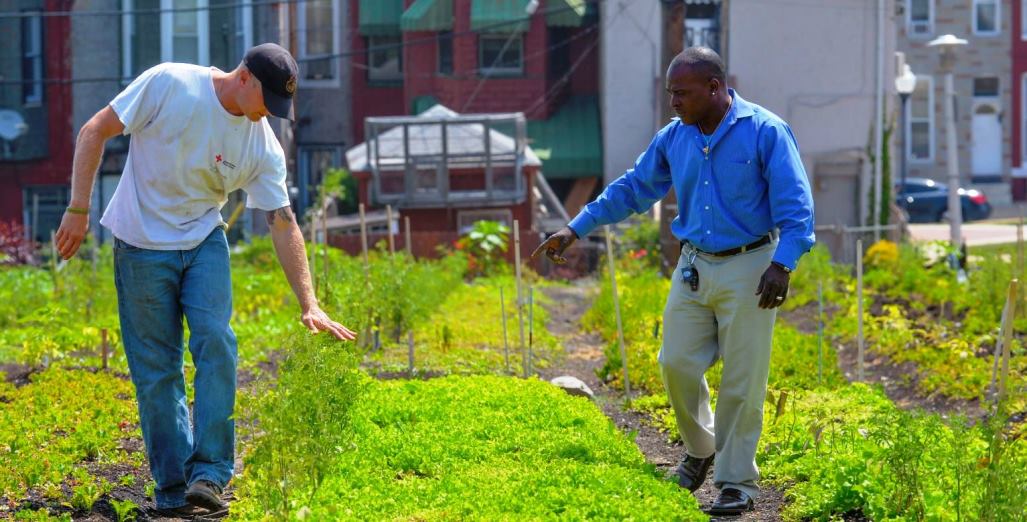 The Oliver community, only a couple of miles northeast of the city’s business core, is just a sliver of East Baltimore, Maryland that could be easily overlooked. To its east is a major redevelopment project that includes the world-renowned Johns Hopkins Hospital and medical campus.

To its west is Green Mount Cemetery, the final resting place of many prominent Baltimoreans. Railroad tracks slice through and under the community, giving Amtrak passengers a brief glimpse of Oliver. 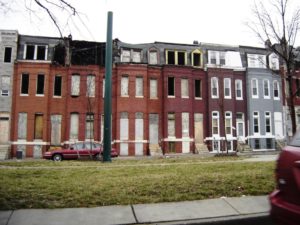 1200 block of Broadway in Baltimore – before.

Once a stable neighborhood filled with sturdy brick row houses, thriving churches and small businesses, Oliver declined—along with much of the city—over the course of several decades, beginning in the 1960s.

Many middle-class residents left, businesses folded, and some churches moved out of the area.

By the turn of the 21st century, Oliver was in distress, with more than 1,100 abandoned homes or vacant lots, rampant drug dealing and little if any investment flowing into the community. The area’s low point came in 2002, when a firebomb ripped through the home of a local family, killing seven, in retaliation for the family’s efforts to rid the area of drug dealers. The tragedy shocked the community and a city hardened to news of violent crime.

A decade later, signs of hope, progress and financial investment abound in Oliver. Over the past five years, more than 130 homes—rental and owner-occupied—have been built or rebuilt, and an ambitious strategy to build many more homes is underway. The undertaking has helped generate further redevelopment in the area and has included a successful program to help unemployed residents prepare for and move into jobs. 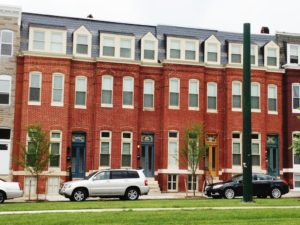 1200 block of Broadway in Baltimore – after.

BUILD recruited many partners and funders, including the Annie E. Casey Foundation and other Baltimore philanthropic institutions, which have played a role in this thoughtful and successful approach to restoring a struggling urban neighborhood.

The report linked to below details the history of the Oliver project, highlights its achievements and offers some lessons in community engagement, community-focused development and innovative financing of revitalization efforts. The unrest in Baltimore in spring 2015 has brought additional focus on the issues facing low-income communities in the city and across the nation.

The lessons from Oliver can help funders, policymakers and others involved in addressing these issues and working to promote community revitalization.

All photos courtesy of the Annie E. Casey Foundation.