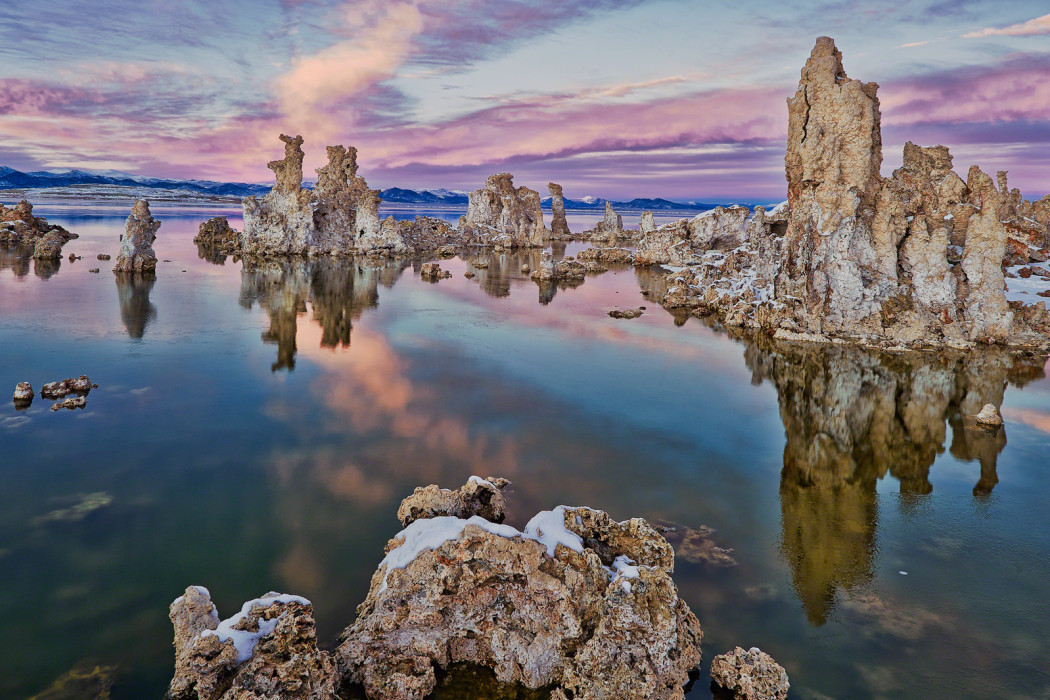 It’s hard to appreciate today how close Mono Lake (California) and its creeks came to ecological collapse, Stine says, and how catastrophic that would have been.

The flow of rain and snowmelt — from the mountains into the creeks, from the creeks into the lake — sustains a mosaic of habitats that are increasingly rare along the western edge of the Great Basin, an arid expanse that stretches from here across Nevada and into Utah.

To more than a million eared grebes and tens of thousands of migrating shorebirds, the Mono Basin is arguably the last best place between the Sierra Nevada and the Great Salt Lake.

The existential threat to this high-desert oasis materialized in the 1940s, after the Los Angeles Aqueduct added a 106-mile northern extension, which tapped the waters of Lee Vining Creek and other feeders of Mono Lake.

The aqueduct’s first section, completed in 1913, captured the flow of the Owens River and dried up Owens Lake. Mono Lake and its tributaries seemed doomed to a similar fate.

^^^^^^^^^^^^^^^^^^^^^^ Note from Storm: I have a personal interest in the fate of Mono Lake. After I graduated high school in San Jose, California, I spent the next 3 years hitchhiking around the world (prior to enlisting in the Army, which was followed by college). I camped out on the shore of Mono Lake for about 3 weeks at one point. It was one of the strangest and most memorable places I’ve ever experienced in the U.S.