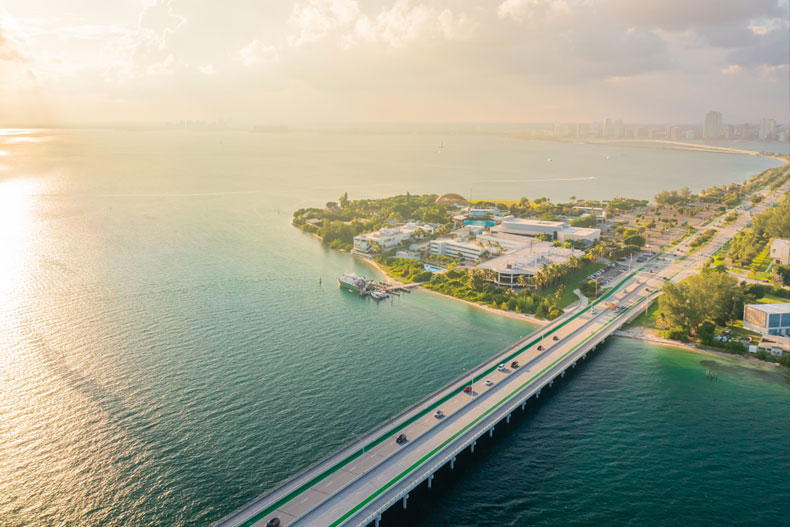 In Florida, the University of Miami has launched its new Climate Resilience Academy.

The academy is constructing a novel functional academic framework that is collaborative at its core, and that highlights the university as a leader of positive hemispheric and global change to address issues of the climate crisis, sustainability, and resilience.

Let’s hope they also include revitalization, restoration and regeneration in the curriculum. As documented in the 2020 book, RECONOMICS: The Path To Resilience Prosperity, the regeneration of natural, built and socioeconomic assets is core to both community resilience and community revitalization, so combining those goals can greatly increase both efficiency and public buy-in.

As one of the nation’s top research institutions located in a community considered “ground zero” for experiencing serious impacts from climate change, especially in the area of sea level rise, the University of Miami is uniquely positioned to be a driver for solutions that will benefit society.

“Our Climate Resilience Academy will educate the next generation of scientists and advocates as we help deliver solutions to climate change, its impacts, and related stressors in partnership with industry, government, universities, civil society organizations, and other stakeholders,” said President Julio Frenk.

“The concept of ‘resilience’ is foundational to the history and mission of the University,” Frenk added. “Far from just a byword, resilience is first and foremost how our people face the inevitable element of change.”

The formation of the new academy was propelled to fruition through a $5 million commitment from Eric T. Levin, a former university trustee and the former president of the University’s Citizens Board, which represents business leaders throughout South Florida. The gift is part of the university’s fundraising campaign, Ever Brighter: The Campaign for Our Next Century. The most ambitious in the university’s history, the campaign is set to conclude in 2025 when the university celebrates its centennial.

Jeffrey Duerk, executive vice president for academic affairs and provost, highlighted the academy’s unique design and its timeliness and value for the University and the South Florida community.

“The academy—our first at the University—is best described as an interdisciplinary functional structure that will bring together experts both from within the University and others through partnerships and relationships to ensure the necessary expertise to solve challenges that are by their very nature interdisciplinary. Modeled after the National Academy of Medicine and National Academy of Engineering, the Climate Resilience Academy brings together our best and brightest from across the University to not just pursue research but to gather and deploy their collective knowledge,” Duerk said.

Climate and climate resilience is certainly an immediate interdisciplinary challenge, he added, suggesting that the university is ideally suited to lead the effort to address it.

“If you look across our units, schools, colleges, and programs, there is a consistent theme of being at ground zero for climate change and the impacts of that—from the Rosenstiel School’s incredible expertise in terms of climate change, weather, and hurricanes to the College of Engineering’s expertise in civil engineering and new technologies to the School of Architecture’s knowledge of building environments,” Duerk pointed out, emphasizing that the expertise and interest crisscross the university like a thread.

He noted in particular that University interest in migration as a global issue—and Miami’s own history as a magnet for so many immigrant groups—may prove invaluable as the next migration crisis may well be propelled by climate change, both from continent to continent but also within more focused geographic regions where the University’s departments of sociology, anthropology, history, and political science have deep expertise.

“What’s unique is when you stand high enough and look down on the University, this thread is fairly easy to trace throughout in terms of our understanding, appreciation, research, and scholarship on topics related to climate and climate resilience,” Duerk said.

The provost said the new academy aligns seamlessly with the university’s aspirations to be hemispheric, excellent, relevant, and exemplary, and will deepen its dedication to support the local community.

“This new academy will make our expertise more overt and accessible and, most importantly, increase the awareness that the University not only harbors extensive expertise but also the profound desire to assist South Florida in finding solutions to pressing problems,” Duerk emphasized.

The provost pointed out that the academy will focus on three intersecting thematic platforms of research—infrastructure and environment; human and societal health; and economic development.

Levin has leveraged his experience as a financial strategist, investor, and consultant to offer his thoughts on establishing the academy and sharing information on what areas of focus and expertise potential partners in the private sector are hoping the university can address.

“Climate change is a big problem—the challenge of our lifetime—and it’s imperative to get others involved and be collaborative to tackle these big problems,” Levin said.

According to Levin, the university wanted to “put its stake in the ground in terms of being a leader in this area,” and the academy will not only focus the University’s efforts in this area, but get business, government, nonprofits, and other universities involved in this endeavor.

Rodolphe el-Khoury, dean of the School of Architecture, and Sharan Majumdar, professor in the Rosenstiel School’s Department of Atmospheric Sciences, led the planning process that established the foundations of the academy and defined its mission while building a team of collaborators within and beyond the University.

“South Florida is particularly stressed by climate change, and we are a ‘living lab’ even if we don’t want to be,” Majumdar noted. “Rising sea levels, changes in weather patterns, and extreme heat, are affecting the health of humans and society, our living environment, and the economy.”

“Building resilience to tackle these large and difficult problems needs experts across many disciplines to develop a unified, collaborative approach, and the Climate Resilience Academy will do this by bringing together the diverse talents of our students, researchers, and faculty across our schools and colleges,” he added.

The academy also serves to bring new talent to the university. It is meant to identify areas of potential growth and support academic units in mounting searches for joint faculty appointments that defy conventional disciplinary and departmental boundaries.

Majumdar and el-Khoury recognized Levin’s generous gift and university leadership for the vision to develop the initiative—especially during the turbulent pandemic period.

“It has been an incredibly fulfilling experience to co-lead this stage of the academy’s development together with Dean el-Khoury and inspiring to hear everyone’s keen ideas and interests in resilience, and their eagerness to train future generations of students and build partnerships to address these important local and global issues,” Majumdar said.

His own research has documented the substantial returns from resilience infrastructure investments—a business development that will benefit the local economy and potentially the University through its many resilience-related projects already underway.

“Our research at the Climate Resilience Academy will use big data, causal inference, and other advanced statistical techniques to measure the economic impact of resilience investments, which will help direct limited resilience dollars to the most productive uses,” said Kelly, also one of the principal instructors for the resilience course to be offered in the fall.

Amy Clement, a professor in the Department of Atmospheric Sciences at the Rosenstiel School, serves on the advisory board for the academy and is one of a large cohort of faculty members who will collaborate to teach the fall class.

“The academy is part of a national trend where universities are recognizing that there are problems that are immediate and can’t be solved by looking through the lens of any one discipline,” Clement said. “Climate is one of those, and Miami is one of those cities where there’s no more delaying with the impacts of climate that are already here.”

Through her research, Clement has had extensive interaction with the public sector, nonprofits, and governments.

“Governments, in particular, have been very engaged because they’re the ones being tasked to do something about sea level rise, monitor and understand these trends and technologies better, and generate new designs for infrastructure, among other areas,” she said.

“Those are all things that we could be responsive to at the University if we have the right framework—and that’s where the Climate Resilience Academy comes in,” Clement pointed out. “The University has an important role in figuring this out because there’s no playbook for it—this is an unprecedented change that we’re experiencing in an unprecedented time.”

Ali Habashi, assistant professor of professional practice in the School of Communication; Derin Ural, associate dean of college affairs in the College of Engineering; and Sonia Chao, associate dean of research and co-director of the master of professional science in urban sustainability and resilience in the School of Architecture serve as the co-chairs of the education committee tasked with developing the innovative, problem-based, multidisciplinary first-year course to be offered in the fall that will empower students to become resilient themselves and enable them to spark change in society.

The class will include an hour per week of asynchronous, pre-recorded lectures and approximately 2.5 hours of synchronous, problem-driven and discussion-based classes. It also will provide a multifaceted approach to building resilience that will include flipped learning.

“Whereas we already had a great awareness of resilience due to the multiple achievements in many of our schools and colleges, what this course does so handsomely is to help students understand that resilience is actually dependent on multiple factors that have to be layered onto each other in order to effectively consider how to drive positive change,” explained Chao.

Ural noted that course development was informed by a range of existing classes, such as Chao’s introductory course for the urban sustainability and resilience master’s degree program, as well as other innovative academic modalities offered at the University.

“The pandemic has presented the growing need to be resilient, as individuals, as families, as communities, and especially as a University,” Ural said. “This class is designed so that students will be ready for these challenges—they will be resilient as human beings and resilient in their communities.”

The resilience class will become part of the University’s PETAL initiative, or platform for excellence in teaching and learning.

Image courtesy of University of Miami.