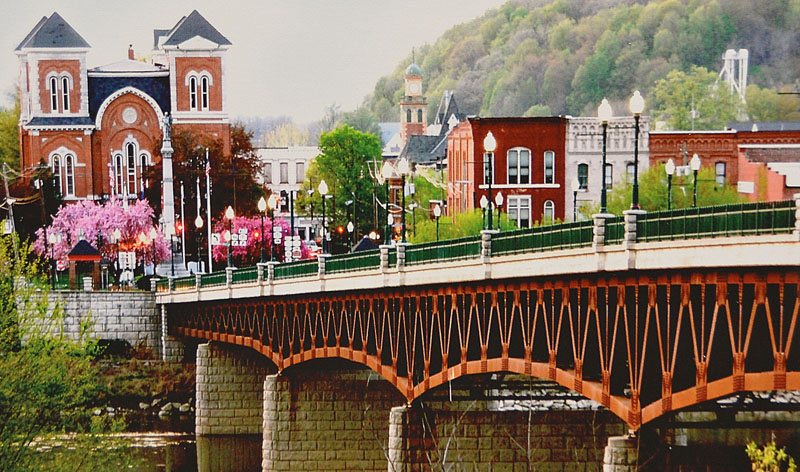 Back in April of this year, REVITALIZATION announced that New York State was launching a third round of its Southern Tier Downtown Revitalization Initiative (DRI), and that 10 communities were in the running.

Now, on August 23, 2018, it was announced that the Village of Owego is the winner of that $10 million in funding as the Southern Tier winner of the third round of the Downtown Revitalization Initiative. As in the first two rounds of the DRI, one municipality from each of the state’s 10 regional economic development regions is selected as a $10 million winner, marking another overall state goal to target $100 million in funding and investments to help communities boost their economies by transforming downtowns into vibrant neighborhoods where the next generation of New Yorkers will want to live, work and raise a family.

“Owego’s easily accessible, pedestrian-friendly downtown community makes it the ideal neighborhood for revitalization through this transformative initiative,” New York Governor Andrew M. Cuomo said. “With retail, businesses and restaurants right on the waterfront, this investment will unlock Owego’s true potential, making it a destination for all New Yorkers and help the Southern Tier continue to soar.”

The Village of Owego is a charming riverfront community that serves as a gateway to acclaimed institutions, attractions, and employers of the Finger Lakes and Southern Tier. The village’s compact and walkable downtown contains year-round amenities that contribute to a high quality of life, including parks, cultural attractions, a historic commercial district, and walking paths that connect to the river.

“We’re investing in communities across the state as part of the Downtown Revitalization Initiative to rehabilitate downtowns and grow local economies,” added Lieutenant Governor Kathy Hochul. “This funding for the Village of Owego as part of the DRI will support local projects and attract businesses to the area. Investments in affordable housing and cultural amenities will help to transform the riverfront community and boost the entire Southern Tier region.”

The DRI is a component of Southern Tier Soaring, the region’s blueprint for economic revitalization.

The Village will leverage DRI funds to build upon recent public and private investment in downtown buildings and infrastructure, growing employment opportunities and a strong tourist economy. The DRI effort will boost the local economy by attracting new and strengthening existing business and skilled labor, enhancing cultural and recreational amenities, and addressing the demand for affordable and resilient housing for residents of all ages and income levels.

The Southern Tier Regional Economic Development Council went through a competitive review process of proposals from communities throughout the region and considered all eight criteria below before recommending Owego as its nominee for winner:

Owego’s third round DRI win entitles it to receive $10 million in state funding and investments to revitalize its downtown neighborhoods and generate new opportunities for long-term growth. Owego now joins Elmira and Watkins Glen, which were the Southern Tier region’s winners in the first and second DRI rounds, respectively.

Empire State Development President, CEO & Commissioner Howard Zemsky said, “The renaissance in Owego is truly taking shape and a community that was hard-hit by mother nature, is bouncing back bigger and better than ever before. Congratulations on creating a forward-thinking plan that will create jobs and ensure an improved quality of life for all that call Owego home.”

Owego will now begin the process of developing a Strategic Investment Plan to revitalize its downtown with up to $300,000 in planning funds from the $10 million DRI grant. A Local Planning Committee made up of municipal representatives, community leaders, and other stakeholders will lead the effort, supported by a team of private sector experts and state planners.

New York State Homes and Community Renewal Commissioner RuthAnne Visnauskas said, “Through Governor Cuomo’s Downtown Revitalization Initiative, these community-led, targeted investments will combine with HCR’s $160 million investment in the Southern Tier over the last seven years that has created affordable housing for about 4,900 residents to help ensure that as Owego’s economy grows, all New Yorkers have the opportunity to take part. In New York State, we are lucky to have a Governor who understands how to build inclusive, long-term economic success.”

The Strategic Investment Plan for Owego will examine local assets and opportunities and identify economic development, transportation, housing, and community projects that align with the community’s vision for downtown revitalization and that are poised for implementation. The Owego Strategic Investment Plan will guide the investment of DRI grant funds in revitalization projects that will advance the community’s vision for its downtown and that can leverage and expand upon the state’s $10 million investment. Plans for the DRI’s third round will be complete in 2019.

Southern Tier Regional Economic Development Council Co-Chairs Dr. Harvey Stenger, Binghamton University President, and Tom Tranter, President of Corning Enterprises, said, “The Village of Owego is a highly deserving candidate for such a valuable investment focusing on renovations and additions to the downtown area that are sure to benefit both residents and visitors. We are excited to be a part of a revitalization that can take this historic downtown and turn it into a destination for New Yorkers and beyond. I commend the Governor for recognizing the need in Owego and for supporting the village through this investment.”

New York State has already invested more than $3.1 billion in the region since 2012 to support Southern Tier Soaring – attracting a talented workforce, growing business and driving innovation. Today, unemployment is down to the lowest levels since before the Great Recession; personal and corporate income taxes are down; and businesses are choosing places like Binghamton, Johnson City and Corning as a destination in which to grow and invest.

Owego Mayor Mike Baratta concluded, “The Village of Owego is proud to have been chosen as this year’s Downtown Revitalization Initiative winner in the Southern Tier. We are looking forward to implementing a plan to create real improvements to out historic downtown and further bring the waterfront to the forefront of our community. I thank Governor Cuomo for his investment in Owego and his continued support for the region.”

Photo of Owego by Carol Sunderwirth courtesy of Visit Tioga.