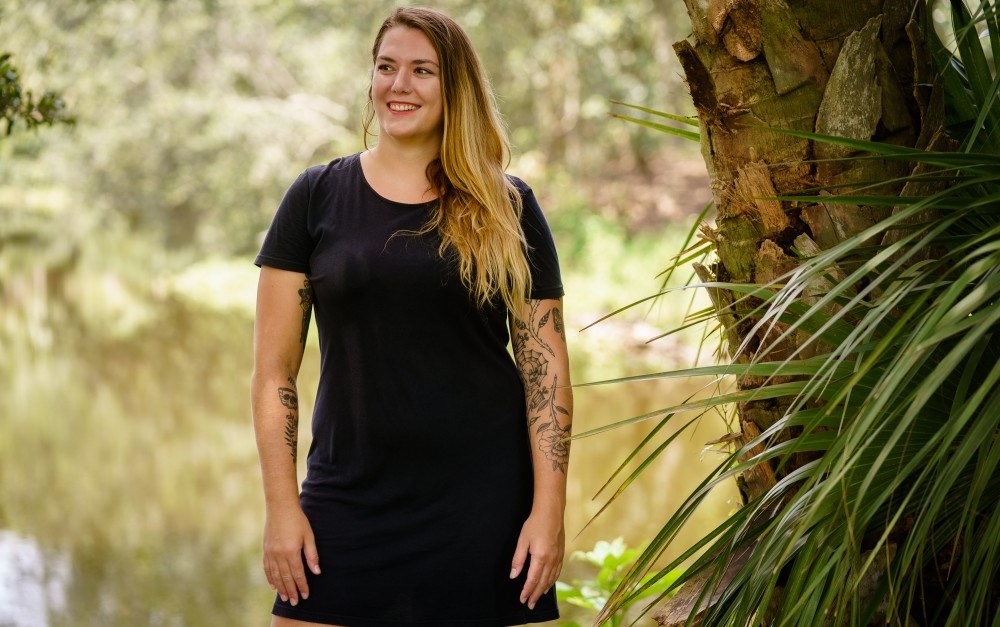 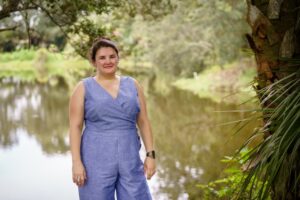 “If you care about the future of the coast of Louisiana,” says Helen Rose Patterson, “we want to give you the tools to find your voice, advocate for your communities and make a difference.”

Every day, Helen Rose works with that goal in mind – helping Louisiana residents have a greater say in protecting their families and communities from coastal land loss.

It’s a job that requires Helen Rose to be teacher and student, educating community leaders about the existential threats posed by a disappearing coastline and listening to their questions about how to get heard as Louisiana implements its 50-year Coastal Master Plan.

“It’s not hard to get people to feel that coastal restoration matters. The harder thing is to get them to feel they can do something about it,” says Helen Rose, senior outreach coordinator with the National Wildlife Federation, which is working with Restore the Mississippi River Delta, a coalition of five organizations supported by the Walton Family Foundation.

In her job, Helen Rose engages with community leaders in vulnerable areas like Plaquemines Parish, south of New Orleans, where land has been disappearing at alarming rates for decades due to rising sea levels and the channelization of the Mississippi River.

Helen Rose does most of her work, though, with faith leaders in greater New Orleans who care about environmental issues “but lacked opportunities to engage in ways that felt meaningful.”

During field trips to freshwater diversion sites, bayou boat rides or flights over the coast, faith leaders see firsthand the impact of coastal land loss. But they also see the potential of large-scale restoration projects that can rebuild Louisiana’s coast and protect its communities and culture.

“For faith leaders, there’s something very appealing about the fact that we are building land,” says Helen Rose.

“Faith communities often bear the brunt of taking care of people after natural disasters. There’s an appetite to be part of the solution that prevents or addresses the causes of natural disasters,” she added.

Helen Rose’s work with Restore the Mississippi River Delta embodies one of the Walton Family Foundation’s core values – their commitment to being active in their work with grantees and enabling individuals to take an active role in determining their futures.

The foundation believes that, because coastal land loss impacts all, all should be engaged and part of the solution.

Over the past dozen years, locally rooted conservation groups have played a critical role in ensuring Louisiana developed and implemented a meaningful vision for wetlands restoration. The foundation’s support for Restore the Mississippi River Delta grew from a recognition of the potential to unite disparate stakeholders around a comprehensive coastal recovery plan.

The coalition officially formed in 2011 following the oil spill and has helped unite stakeholders from across Louisiana – and across ideological lines – to support passage of the Coastal Master Plan, a protection, restoration and adaptation roadmap for Louisiana. 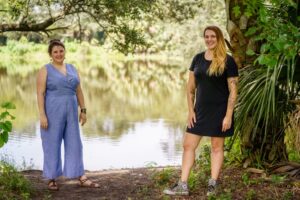 By supporting the coalition, and grassroots organizations ranging from immigrant fishing communities to community organizations in New Orleans, the foundation elevates the voices of Louisianans from diverse geographical, economic and cultural backgrounds on restoration issues.

“Getting people to see how their experience can shape the decisions we make is the exciting part about this work,” says Samantha Carter, an outreach manager with the National Wildlife Federation and Restore the Mississippi River Delta. In her job, Samantha works closely with Louisiana chefs, who are culture bearers for the state and whose livelihood depends on a healthy Gulf and healthy tourism industry.

“Many of the chefs are born and raised in Louisiana. Advocating for a healthy ecosystem affects their business,” says Samantha.

Samantha recalls taking a group of female chefs on a fishing trip to Myrtle Grove, where a major land building project called the Mid-Barataria Sediment Diversion is planned. The group heard from local sportsmen how land in their families for generations was now lost to the sea – and how important restoration would be for the area.

“They saw the gravity of the situation and got a sense of how fast land loss is happening. But they have also seen land built at other sites along the river. It’s a powerful experience,” Samantha says.

“Maybe they won’t all drive to (the state capital) Baton Rouge to speak in front of lawmakers. But they will post to social media and raise awareness. That’s really important,” she continued.

Chefs can also play an important role in showcasing freshwater species on their menus and signaling that Louisiana cuisine can adapt to what fishers catch in as the Delta changes.

Helen Rose remembers a trip she took with faith leaders to the Bird’s Foot Delta, the area at the mouth of the Mississippi River. It was an eye-opening experience for her travel partners.

“It weighed on them that they needed to take a more prophetic role in advocating for coastal restoration. It was a great example of people finding their voice and language and understanding. That trip helped those faith leaders understand their role in restoring the coast,” she concluded.

Featured photo of Samantha Carter is by Josh Brasted. All other photos courtesy of the Walton Family Foundation.

This article by Kristin Tracz originally appeared on the website of the Walton Family Foundation. Reprinted here (with minor edits) by permission.