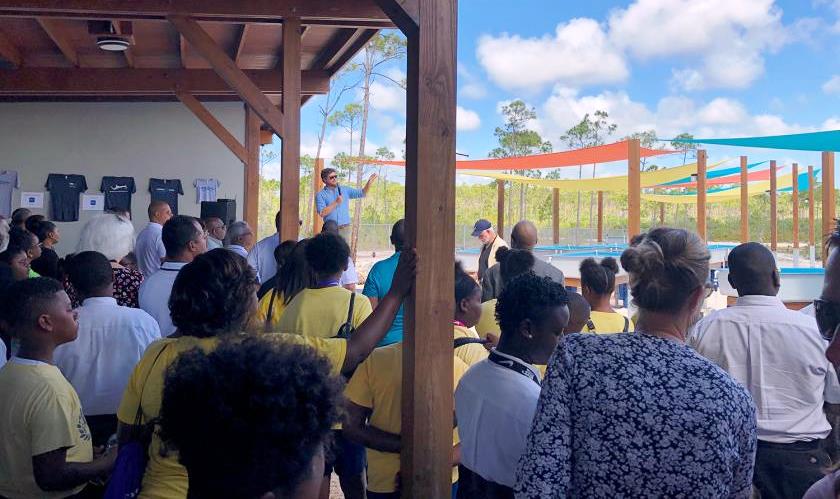 In the Bahamas, Gator Halpern, Young Champion of the Earth for Latin America and the Caribbean and co-founder of Coral Vita, has opened the world’s first land-based commercial coral farm for more-resilient reef restoration in Grand Bahama.

For me (Storm Cunningham), this is very satisfying, heart-warming news. I got my start in this whole field of planetary restoration way back in the late 80s, when I used my military diving skills to help the pioneering German scientist—the late, great Wolf Hilbertz—install his reef restoration experiments on the ocean floor in Jamaica.

That was the dawn of reef restoration technology. A decade later, that experience led me to start writing my first book, The Restoration Economy, which was published by Berrett-Koehler in 2002. 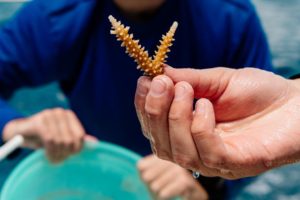 Now, some three decades after my life-changing volunteer work in Jamaica, we have efforts like Coral Vita, which is a reef restoration company that grows resilient corals to restore threatened reefs.

Coral reefs are dying around the world, with ninety per cent of coral reefs expected to die by 2050. Coral Vita is using cutting-edge micro-fragmenting technology, which accelerates coral growth by 50 times normal rates, speeding up reef restoration over months instead of decades.

The process also increases species diversity, while strengthening coral resilience to deal with threats caused by global heating, such as increased ocean temperatures and acidity.

Each year, the Bahamas welcome over six million visitors a year to their islands. The farm will be an important education center, teaching communities about the need to restore dying reefs.

Located in Freeport, Grand Bahama, the farm was officially opened on May 31, 2019 by Deputy Prime Minister Peter Turnquest. “Unless countries around the world take serious and deliberate action, in less than a generation the reefs—which help feed the fish and conch that end up on our dining tables—could be gone,” said Turnquest. “In the Bahamas, we’re doing what we can and must, to play our part.”

The farm aims to restore the island’s corals reefs, featured in the Netflix film Chasing Coral, and provide restoration projects with hardier corals by working together with scientists, communities, coral farmers, businesses, investors and governments.

Halpern said, “We’re so excited to be working with the community of Grand Bahama to bring the island’s reefs back to life. While growing corals to restore reefs, our farm will also be an education centre for local students as well as tourists, where guests learn about the importance of keeping corals alive and helping to restore and revitalize the ecosystems that sustain us all.” 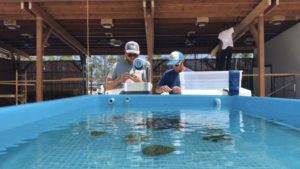 Grand Bahama Port Authority Executive Director, Rupert Hayward, said “Coral Vita’s opening signals the start of a new and exciting era in Grand Bahama’s evolution. This project not only opens up a new sector in The Bahamian economy but also starts the process to repair one for the Bahamas’ most precious resources—our coral reefs. The project has global significance and the rest of the world is watching what happens here in Grand Bahama and… [we] are extremely proud to partner with Coral Vita on this project.”

Government representatives, schools, international environmental representatives like Mission Blue and Save the Bays, as well as local companies who helped build the farm attended the opening. The team also planted its first coral in the canal that the facility overlooks.

Gabriel Grimsditch, a marine and coastal ecosystems expert at UN Environment, said: “The future of the world’s coral reefs hangs in the balance, threatening over a million marine species and hundreds of millions of coastal people who rely on them for food, livelihoods and coastal protection. “We urgently need to address the main drivers of coral reef degradation, including greenhouse gas emissions, pollution and destructive fishing. At the same time, the coral reef community is making advances in the effectiveness and scalability of coral reef restoration, and this may be a necessary part of the equation if we want functioning coral reefs in the future,” he said.

All photos are courtesy of WeWork.

This article originally appeared on the UNEP website. Reprinted here (with minor edits) by permission.