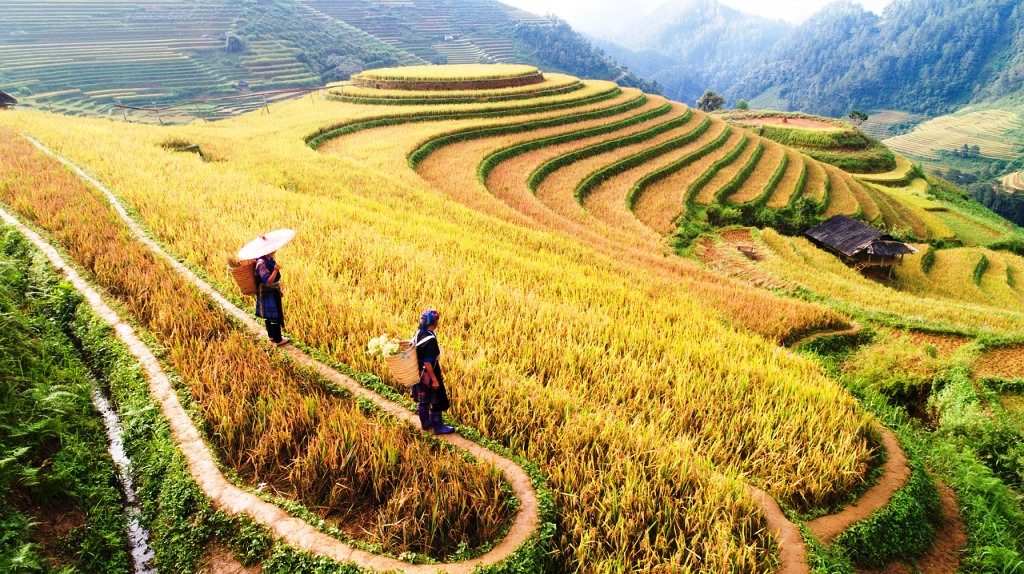 A core component of China’s goals to promote more balanced economic and social development and to eliminate poverty is their Rural Revitalization Strategy.

While many foreign investors set their eyes on China’s developed urban metropolises, a significant amount of the country still lives in rural areas. We discuss the key investment and business opportunities for foreign companies aligning with the goals of China’s rural revitalization program in this article.

When China adopted market reforms and opened to the global economy in the late 1970s and 1980s, then-leader Deng Xiaoping famously said that the Party would need to “let some people get rich first.” This referred not only to the east coast regions at the forefront of economic reform, but also urban areas at the expense of rural ones.

Since then, many rural areas have suffered from issues like environmental degradation and brain drain, in addition to benefiting less from the fruits of China’s economic reforms. Inequality between urban and rural areas is increasing, with incomes of urban residents about 2.65 times higher than incomes of rural residents.

In 2020, there were over 544 million people living in China’s rural areas, representing about 39 percent of the country’s population.

Within this context, the Rural Revitalization Strategy addresses issues such as economic and social development, poverty alleviation, and environmental protection.

As rural revitalization becomes increasingly important for the Chinese government, opportunities for foreign investors to participate in the policy’s priority areas grows in kind.

What are the goals of China’s Rural Revitalization Strategy?

The Rural Revitalization Strategy’ has two long-term goals: to achieve “decisive progress on rural revitalization” by 2035 and be “fully rejuvenated with well-off farmers and strong agriculture sectors” by 2050.

To achieve these goals, the Rural Revitalization Strategy emphasizes policies such as encouraging small-scale farmers to adopt modern farming and agricultural practices, improving the property rights of farmers, and requiring governments to repair environmental degradation, among many others.

In February 2022, the State Council and the Central Committee of the Communist Party jointly released the yearly “No. 1 document”, which sets out rural plans for the year. The No. 1 document is the government’s first policy document of the year, giving symbolic significance to the importance of rural issues.

This year’s No. 1 document had three main themes: addressing social issues such as treatment of women and children, ensuring food security, and avoiding backslides in poverty alleviation. The document calls for offering incentives to farmers to grow key crops, supporting the adoption of modern agriculture practices, improving disaster prevention and response, and improving soil and irrigation systems, among other areas.

The Rural Revitalization Strategy can be seen alongside other government policies that promote complementary objectives, especially relating to poverty alleviation. This includes the new Common Prosperity policy, which seeks to achieve more equitable development and provision of social goods, and the drive to eliminate extreme poverty, which Xi said China accomplished in 2020.

In February 2021, the Chinese government created the National Administration for Rural Revitalization to replace the Office of Poverty Alleviation and Development.

According to state media, the bureaucratic change symbolizes the Chinese government’s shift in focus from extreme poverty alleviation to broader rural development.

While the China claims to have eliminated extreme poverty, achieving sustainable poverty alleviation remains an objective of rural revitalization. The Chinese government defines extreme poverty as income of about US$1.69 per day, compared to the World Bank’s standard of US$1.90 per day. According to Premier Li Keqiang, around 600 million people in China earn an average of about RMB 1,000 (US$141) per month.

These figures show that, even if China has met the threshold of eliminating extreme poverty, there is significant need to continue efforts to sustainably eradicate poverty and aid the hundreds of millions of people in China with low incomes.

How can foreign businesses participate?

The Rural Revitalization Strategy’s investments and incentives create opportunities for foreign companies to participate in the project and contribute to its varied goals.

Many of China’s rural areas are in need of treatment to reverse environmental degradation that has occurred over the last three decades of rapid economic growth. Issues range from water contamination to soil revitalization to waste management to various other forms of pollution. Products that meet these demands include water purification systems, advanced recycling technology, and soil contamination treatment products.

One of the main facets of the Rural Revitalization Strategy and Document No. 1 is the upgrading of agricultural technology and machinery, both among small-scale farmers and the agricultural sector more broadly. This demand combined with advancements in the industry has led experts to project the China’s digital agricultural economy to grow from about RMB 600 billion (US$94.9 billion) in 2021 to RMN 1.2 trillion (US$189.8 billion) by 2025.

In addition to upgrading the quality and efficiency of farming, rural areas are in need of green agricultural technologies that reduce greenhouse gas emissions. The Chinese government has committed to hitting peak carbon emissions before 2030 and to become carbon neutral before 2060.

Because agriculture is one of the largest contributors to carbon emissions and one of the sectors most vulnerable to climate change, China’s adoption of new agricultural technology in rural areas will need to prioritize environmental considerations.

Food security was one of the central concerns of this year’s Document No. 1. With a population of 1.4 billion people with growing consumption demands, food security has long been a concern for the Chinese government. These concerns have only grown more pressing in recent years, with issues like the swine flu, international trade disputes, and floods revealing the precariousness of food supplies.

To strengthen food security, Document No. 1 calls for greater production of key crops. This could mean expanded opportunities for foreign agricultural biotech products, such as seeds. While at times difficult to navigate, the Biosecurity Law of China allows for foreign participation in the sector.

In addition to expanding domestic production, China is seeking to diversify its sourcing of key agricultural products like soybeans to mitigate trade risks. Producers of agricultural products worldwide may therefore find new opportunities to trade with China, especially for products for which China is currently dependent on a small number of countries.

Photo of rice terraces in China by Trần Anh from Pixabay.

This article was written by Dezan Shira & Associates, and first appeared in their China Briefing publication. Reprinted here (with minor edits) by permission.