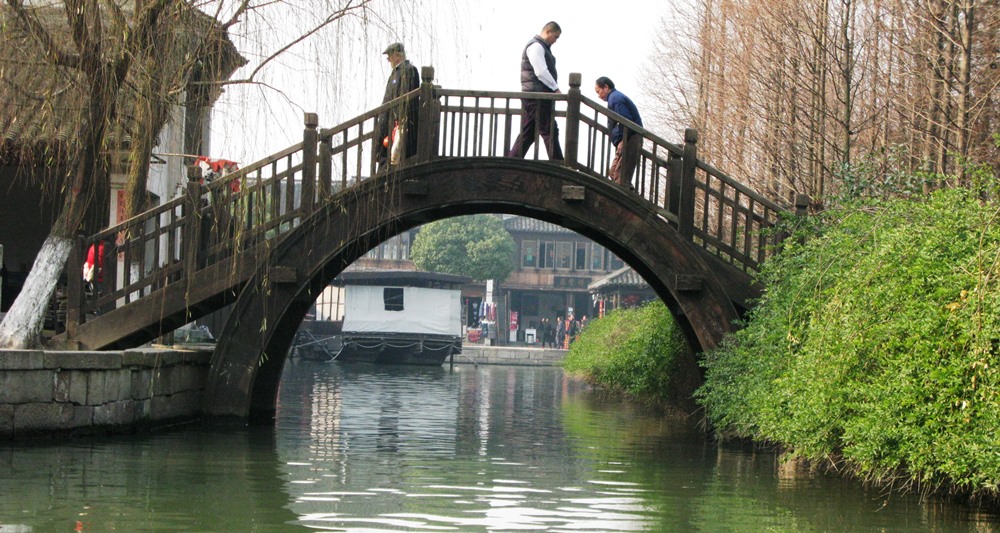 Wuzhen is a historic scenic town, part of Tongxiang, located in northern Zhejiang Province of China.

Located in the center of six ancient towns south of the Yangtze River, Wuzhen features its rich history through its ancient stone bridges, stone pathways and delicate wood carvings.

Thanks in large part to an annual 10-day theater festival–and to its scenic canals–the formerly-depressed town of 50,000 has become a wildly successful example of tourism development, drawing almost 7,000,000 tourists annually, creating a huge economic resurgence.

“We are like the engine of an airplane, generating commercial opportunities that help lift up the entire town,” said Chen Xianghong, the chairman of Culture Wuzhen, which sponsors the theater festival.

But as China’s growing number of tourists become more savvy, tourism development is beginning to take a different course. And Wuzhen, whose claim to fame is being the birthplace of the 20th-century novelist Mao Dun, is seeking to be at the forefront of that change.

“People no longer want to just take photos and leave,” said Mr. Chen, who is also the president of the Wuzhen Tourism Company, a public-private partnership that oversees the town’s development. “They want to stay in places longer and immerse themselves in the experience.”

Since 2014, Wuzhen has also been the permanent host of the World Internet Conference.