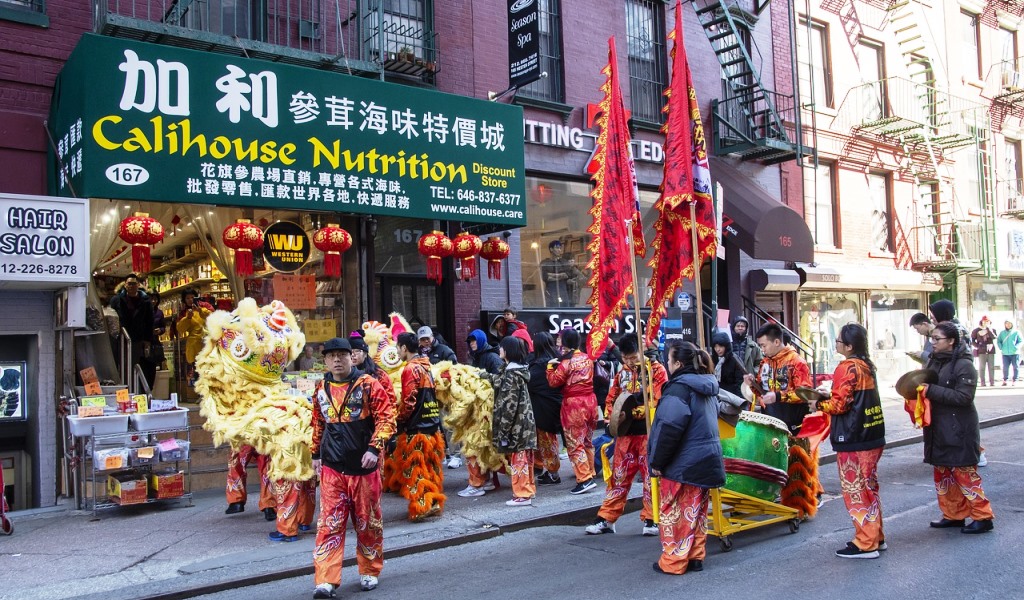 If, like me (Storm Cunningham), you always try to visit Manhattan‘s wonderful Chinatown when in New York City, you’ll be happy to know that—on November 9, 2021—Chinatown won $20 million as the New York City Region winner of the fifth round of the state’s Downtown Revitalization Initiative (DRI).

Chinatown will use the $20 million DRI award to build on its history as a cultural destination in order to preserve and return the neighborhood to a vibrant downtown area.

Representative Nydia Velázquez said, “I am so proud to represent much of Manhattan’s Lower East Side and Chinatown in Congress, and I know this funding from the State will go a long way towards ensuring Chinatown remains the vibrant, cultural community that it is so famous for around the world. From promoting green spaces, to housing, transportation, and other key community projects, this award will help to revitalize Chinatown for locals and visitors alike.”

Chinatown’s DRI will build on this progress by creating new arts and cultural space, improving connectivity, increasing housing, and expanding green space to achieve its goals of building an arts and culture economic engine, attracting tourists and regional visitors, solidifying the neighborhood as a cultural home for the 1.2 million Asian American Pacific Islanders living in the NY metro area, and improving the quality of life in the neighborhood.

Lieutenant Governor Brian Benjamin said, “Chinatown now joins a growing list of motivated communities throughout the State that have transformed their downtowns through this innovative and nation-leading program. This award will help ensure an equitable recovery for this vital community, and will further bolster the renaissance in downtown redevelopment that is spreading and flourishing throughout New York State.”

“Chinatown serves as a beacon of cultural richness and diversity, not just for New Yorkers, but for the entire world,” Governor Kathy Hochul said. “With this award, Chinatown will shine even brighter and reach its fullest potential as a vibrant community and an international arts and cultural destination. Strategic public investments like this spark an upward cycle of revitalization that takes on a life of its own by enhancing community pride, creating a positive buzz and attracting private sector investments.”

The DRI serves as a cornerstone of the state’s economic development policy by transforming downtown neighborhoods into vibrant centers of activity that offer a high quality of life and attract redevelopment, businesses, jobs, and economic and housing diversity. In this round, Governor Hochul doubled funding from $100 million to $200 million and allowed each Regional Economic Development Council to decide whether to nominate two $10 million awardees or one $20 million awardee for transformative and catalytic downtown redevelopment projects.

Senator Brian Kavanagh said, “Perhaps no community has seen a more negative impact on small businesses over the past two years than Chinatown, as the pandemic wreaked havoc, forcing many storefronts and restaurants to close. These Downtown Revitalization Initiative funds will boost this community’s efforts to rebuild and recover.”

Assemblymember Yuh-Line Niou said, “The Chinatown community has long suffered disproportionately from a historic lack of state funding and the ravages of our ongoing pandemic. This $20 million investment will supercharge our community’s vision for economic revitalization. Chinatown is a core part of who we are as New Yorkers, and I am thrilled to see our community given the respect and acknowledgement it is too often denied.”

The New York City Region Economic Development Council conducted a thorough and competitive review process of proposals submitted from communities throughout the region and considered all seven criteria below before recommending Chinatown as its nominee for winner:

Council Member Margaret Chin said, “Working closely with Manhattan Borough President Gale Brewer’s office, and the Coalition to Revitalize Chinatown, we submitted a comprehensive and visionary proposal that will bring much needed investments to Chinatown. One of the three anchor projects, improving KimlauSquare is particularly close to my heart. In June, the Kimlau War Memorial became NYC’s first landmark related to Chinese American history. Chinatown, and the Chinese-American community have been greatly impacted by COVID and the rise of anti-Asian sentiment. This $20 million investment, made possible under the leadership of Governor Hochul, represents a new chapter for Chinatown – the three anchor projects honors our history while building our future, jump starts the economic engine while investing in arts programming for residents, and improves quality of life by re-imagining open space and pedestrian safety.”

President of the Chinese American Planning Council Wayne Ho said, “Government leaders and community organizations coming together to uplift the AAPI community with this revitalization is an extraordinary step toward undoing years of injustice. We commend Governor Hochul for today’s announcement and look forward to all this will bring to Chinatown.”

Chinatown will now begin the process of developing a Strategic Investment Plan to revitalize its downtown with up to $400,000 in planning funds from the $20 million DRI grant. A Local Planning Committee made up of municipal representatives, community leaders, and other stakeholders will lead the effort, supported by a team of private sector experts and state planners.

Executive Director of the Asian American Federation Jo-Ann Yoo said, “Asian American New Yorkers deserve to feel safe and supported by the people elected to represent them. With today’s announcement, Governor Hochul is taking steps to bring that safety and support to the Chinatown community. This revitalization will go a long way to show visitors the beauty of Chinatown and allow it to flourish.”

The Strategic Investment Plan for Chinatown will examine local assets and opportunities and identify economic development, transportation, housing, and community projects that align with the community’s vision for downtown revitalization and that are poised for implementation.

President of the Board of Think!Chinatown Amy Chin said, “Chinatown is a cultural and economic treasure for AAPI communities and we need to do everything we can to help Chinatown come back from this pandemic stronger than ever. Thank you Governor Hochul for this tremendous investment in Chinatown’s revitalization and for your leadership in supporting our community. I look forward to working with the Governor and local leaders to bring Chinatown to new heights as a global destination. Chinatown is a jewel of New York State and is here to stay!”

The downtown Chinatown Strategic Investment Plan will guide the investment of DRI grant funds in revitalization projects that will advance the community’s vision for its downtown and that can leverage and expand upon the state’s $20 million investment. Plans for the DRI’s fifth round will be complete in 2022.

Photo by Bruce Emmerling from Pixabay.