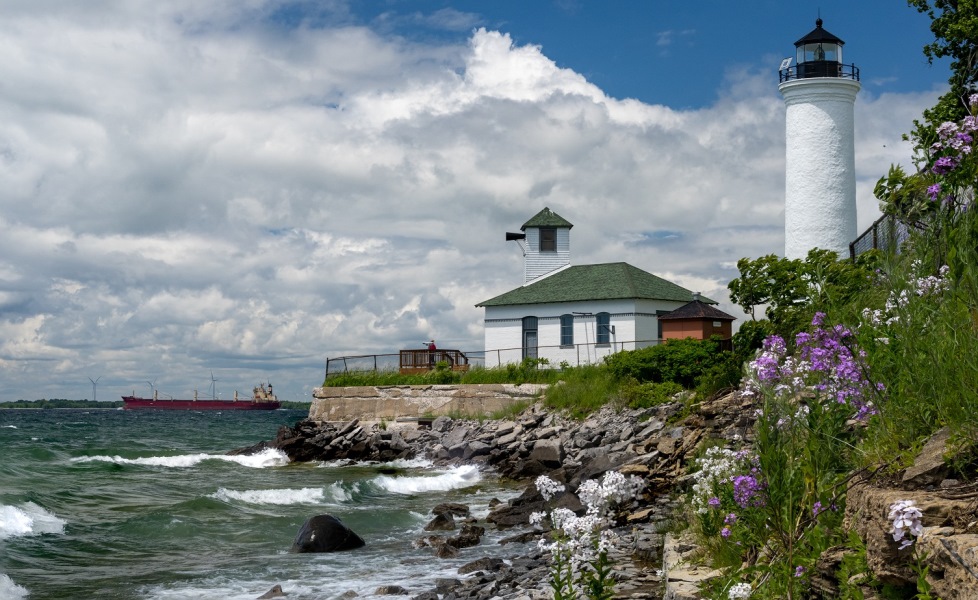 On January 23, 2023, five villages in New York won $18 million from the first round of the state NY Forward program.

Building on the momentum of the state’s successful Downtown Revitalization Initiative, the $100 million NY Forward program adopts the same “Plan-then-Act” strategy as the DRI to support a more equitable downtown recovery for New York’s smaller and rural communities. 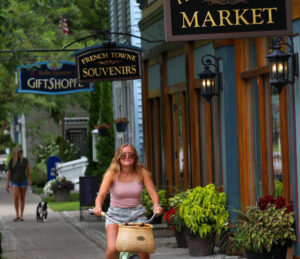 Acting after planning would seem like common sense to most people, but it’s actually rather revolutionary: about 90% of urban plans are just a formality, being shelved and ignored as soon as they are completed. This was revealed in the 2020 book, RECONOMICS: The Path To Resilient Prosperity).

As part of NY Forward Round One, two to three awards will be made to smaller communities in each of the state’s ten economic development regions to support development and implementation of revitalization plans for their downtowns.

The Village of Cape Vincent is a small-town, rural community with unique scenic, historical and natural resources. Cape Vincent’s downtown is a commercial and residential area.

A Village Green, where concerts and other activities are held sits at the center, and the St. Lawrence River runs parallel to the downtown’s main thoroughfare. Many private and public investments within the village are underway ,creating momentum for additional revitalization efforts, and the Village is committed to preserving the essential qualities that make it a desirable place to live while improving the local economy by promoting compatible residential and small business growth.

To realize its vision for revitalization, Cape Vincent seeks to create safer streets and enhance gateways to the community, improve an international port of entry, develop mixed-use and multi-story buildings and improve connectivity to the waterfront.

Village of Cape Vincent Mayor Jerry Golden said, “It is very exciting news for Cape Vincent to be honored with an award from New York Forward this year. We have been investing so much in our community not only with money but hard work to make our community special for not only our residents for for all that visit us througout the year. We are all very thankful to the commission and Governor Hochul for honoring us with this ward. Thank you.”

The Village of Lyons Falls is located at the confluence of Moose and Black River and is situated on a 70-foot waterfall. The Village has undergone significant changes over the past 20 years with the closure of the Lyons Falls Pulp and Paper Mill, but recent public and private investment, local planning efforts and infrastructure improvements have begun to spur redevelopment. The Village seeks to build on these efforts by increasing recreational tourism opportunities focused on the Moose and Black Rivers, spurring economic development and celebrating the rich history and beauty of the area.

Village of Lyons Falls Mayor Donna Dolhof said, “We are so grateful to New York State for its investment in our small community. This grant is a game changer for our Village and we are excited to use these funds to move our economic development plan forward.”

Waddington’s downtown is a well-defined, compact and walkable business district intertwined with single and multiple family residential structures along with an eclectic mixture of 19th century wood and stone multi-story buildings and 20th century utilitarian architecture ready for redevelopment.

Lifestyle and work habits changed by the COVID-19 pandemic have made Waddington an attractive location for residents of all ages, resulting in public and private investments that have further created economic opportunities within the downtown. Waddington seeks to build on these investments by enhancing streetscapes and wayfinding, redeveloping historical mixed-use buildings and connecting the downtown to the waterfront.

Waddington Mayor Mike Zagrobelny said, “The NY Forward award will be a game changer for Waddington, and build on the incredible work that local residents and business owners have done for years. As Mayor of Waddington, I am grateful to Governor Hochul and her clear commitment to rebuilding and strengthening the economy not only in in Waddington but throughout the North Country. Our successful application would not have been possible without the hard work of the small committee of local residents who created the draft. Their commitment to community, innovative thought, and cooperative work in completing this application is just one example of the generosity and volunteerism that makes Waddington such a special place. Residents and visitors to Waddington past and present have long recognized Waddington as the hidden gem of the St. Lawrence River. Thanks to Governor Hochul’s recognition and support of the NY Forward program, Waddington will continue to shine even brighter.”

The Village of Lancaster is home to two National Historic Districts and a number of historic landmark buildings and structures that create a unique sense of place within the village’s traditional business district. In recent years, the village has begun to see a renaissance resulting from collaboration and planning. Investments in placemaking, walkability, green space, building rehabilitation and infill development are helping transform downtown Lancaster into a bustling center of activity well-served by public transportation. Building on this progress, Lancaster aims to create a 21st Century Downtown with a vibrant village center that retains its traditional historic character and walkability, while encouraging and supporting enhanced economic development, health and wellness for residents and visitors, environmentally friendly infrastructure and practices, multimodal transportation and affordable housing options.

Lancaster Mayor Lynne Ruda said, “This $4.5 million in NY Forward funding will put the Village of Lancaster on the path to a long awaited economic recovery and will give our residents and our businesses a newfound sense of hope for brighter days ahead. We are so grateful to Governor Hochul for recognizing the unique set of challenges in small, historic communities and dedicating funding that will help us preserve our past, yet sustain us into the future. We are determined to be a success story for our Governor and the State of New York, proving that their economic development programs and initiatives work to transform communities.”

The Village of Wellsville’s historic downtown has a significant collection of architecturally and historically significant buildings and benefits from its close proximity to Alfred State College and Alfred University. The Village of Wellsville’s vision is to capitalize on its unique small-town historic character while pursuing economic activity to create a community that is a thriving, walkable, equitable place. Building off recent commercial and industrial growth, Wellsville seeks to foster new projects that cultivate investment and attract new residents, including preserving and adaptively reusing historic buildings, creating new and diverse housing choices, improving its business park and investing in parks, trails and placemaking.

Wellsville Mayor Randy Shayler said, “The Village of Wellsville thanks Governor Hochul and the State of New York for this award. We appreciate the confidence placed in our Village in this next step of our current economic development. The impact of this grant is tremendous and will be felt in Wellsville for generations.”

NY Forward is a central component of the State’s economic development efforts, working together with the Downtown Revitalization Initiative (DRI), to accelerate and expand the revitalization of New York’s downtowns. NY Forward serves smaller communities with historic character that distinguishes them from the larger, more urban central business districts typically funded through DRI. NY Forward communities are walkable, less dense areas that serve the immediate local community, and are more local in nature – focusing on the immediately surrounding residential or rural agricultural centric development.

Like DRI, each NY Forward community will develop a Strategic Investment Plan to revitalize its downtown through a slate of readily implementable projects. The Department of State will provide enhanced technical assistance to better support smaller communities and fund projects appropriately scaled to the size of each community. Projects may include building renovation and redevelopment, new construction or creation of new or improved public spaces and other projects that elevate specific cultural, historical qualities.

Featured photo courtesy of the Village of Cape Vincent Chamber of Commerce.