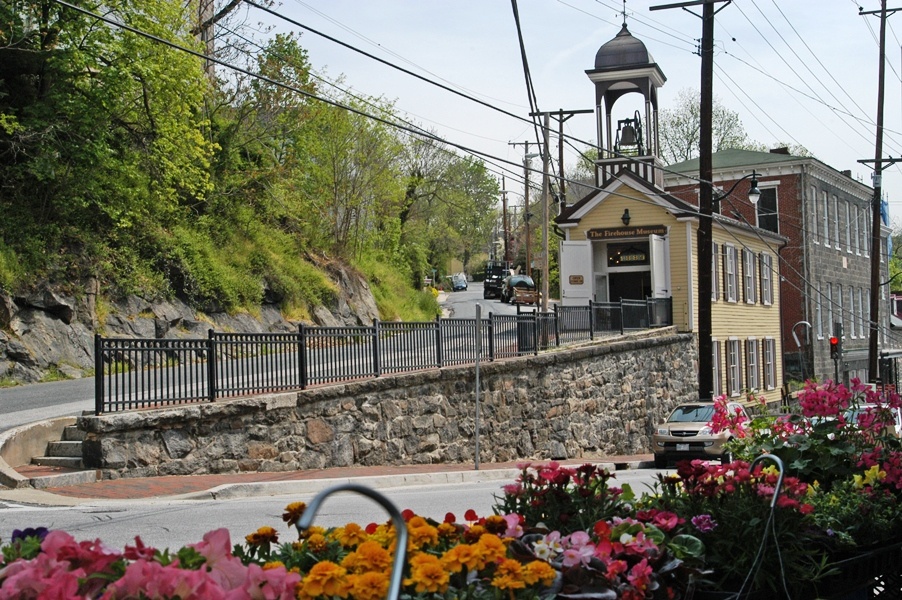 On October 21, 2022 in Maryland, new awardees were announced for six state-level revitalization programs administered by the Maryland Department of Housing and Community Development (DHCD). This is the kind of effort that would work especially well with the new revitalization and resilience-building tools now being offered by the RISING PLACES initiative.

One example: the City of Brunswick was awarded $200,000 from the State Demolition Fund, a statewide program aimed at catalyzing activities that accelerate economic development and job production in existing Maryland communities.

This award will be used towards the renovation and refurbishment of the Berlin House, at 9 S. Maple Ave. The house will become an interpretative historic house showing life in Berlin (Berlin is the former name of Brunswick) in the 1890’s.

The City of Brunswick was also awarded $50,000 through the Community Legacy program which are awarded to projects in designated Sustainable Communities throughout Maryland.

This award will be used for improvements to the parking area across from Smoketown Brewing Station. Mayor Nathan Brown stated “this parking lot is an important project in downtown Brunswick. As businesses continue to locate in the west end of the City, parking demands must keep pace with revitalization efforts.”

Brunswick Main Street was awarded $50,000 in Community Legacy funds for the continuation of their Façade and Interior Improvement grant program, which assists property owners in the designated Main Street district.

Funds from this program have been used in the past for new roofs, masonry work, HVAC improvements, electrical system upgrades, windows, signage, and flooring.

Mayor Brown expressed his pleasure at the continued support from the State of Maryland, particularly the Governor’s office and Department of Housing and Community Development. “I am thrilled with the relationships we have established with State agencies. Their support has been paramount in Brunswick’s efforts to bring great projects to fruition.”

The State Revitalization grants are administered by the Maryland Department of Housing and Community Development (DHCD) through six different programs.

Governor Hogan stated “Our state revitalization programs are a shining example of how we can work together to create impactful change and improve the quality of life for residents.”

Nearly $72 million was awarded to 224 projects and activities that promote community redevelopment and economic revitalization. Counties and jurisdictions across the state received awards through one or more of the six programs.

“The partnerships that drive these projects across our state are crucial to spurring economic growth in Maryland’s diverse and vibrant communities,” said Governor Larry Hogan. “Our state revitalization programs are a shining example of how we can work together to create impactful change and improve the quality of life for residents.”

Governor Hogan’s signature Project C.O.R.E., or Creating Opportunities for Renewal and Enterprise is an initiative to eliminate blight in Baltimore City and make way for green space, affordable and mixed use housing, and new opportunities for businesses. The initiative has removed or stabilized more than 5,200 vacant units in Baltimore. Project C.O.R.E. awarded $21.25 million to 26 projects, including:

The Baltimore Regional Neighborhood Initiative (BRNI) is designed to support redevelopment in communities within the Baltimore Beltway. More than $14 million was awarded to 66 projects, including:

Similar to BRNI, the National Capital Strategic Economic Development Fund (NED) provided $11.2 million in funding for 29 projects in communities in and around the Capital Beltway, including:

Community Legacy awarded $8 million to 64 projects in designated Sustainable Communities throughout Maryland. Some of these projects include:

Another $10 million in grants and loans were provided to higher education institutions and hospitals by the Seed Community Development Anchor Institution Fund (SEED) for community development projects in disinvested areas of the state. The funds supported 17 projects, including:

“Over the last seven years, we’ve expanded our state revitalization programs, including the addition of Project C.O.R.E, allowing even more opportunity for investment across the state,” said DHCD Secretary Kenneth C. Holt. “Working with our partners to bring these projects to life also stimulates other public, private and nonprofit investment to revitalize communities, and spurs other programs that go hand in hand with revitalization efforts.”

Photo of Historic Ellicott City (one of the winners) by Scott Saghirian via Wikipedia.

Learn more about DHCD and its revitalization programs.