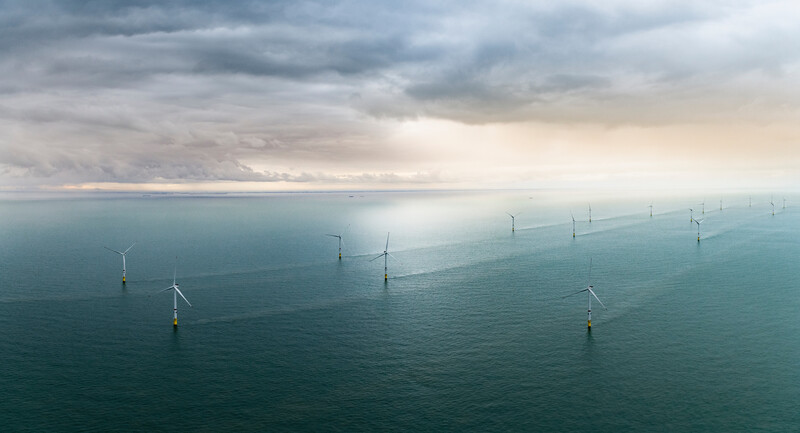 About 15 years ago, I (Storm Cunningham) did some work in Denmark. My clients were a regional government agency a non-profit organization and a local university. The non-profit was based on Lolland, a mostly-agricultural (sugar beets) island with impressive green credentials.

Lolland boasted the world’s first (only?) village powered entirely by hydrogen (each home had hydrogen fuel cells, creating a resilient, blackout-proof microgrid) and a huge factory for Vestas, one of the world’s leading wind turbine manufacturers. Vestas builds the world’s largest and most powerful wind turbine, the V236-15.0 MW. Denmark has long been the world leader in producing offshore wind energy.

Both of those activities did wonders for growing and diversifying the island’s economy, as the village is a popular tourist attraction. 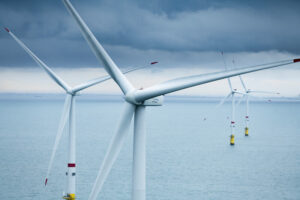 These very pleasant memories came back to me when I read that, October 18, 2021, Vestas announced that Empire Offshore Wind, a joint venture between Equinor and BP, had named Vestas as the preferred turbine supplier for the 2.1 GW Empire Wind 1 and Empire Wind 2 offshore wind projects in New York state. This is one of the largest preferred supplier agreements to be announced in the USA.

Vestas will provide 138 industry-leading V236-15.0 MW turbines for Empire Wind 1 and 2, located 15-30 miles off the coast of Long Island. With this project, New York, Equinor, bp, and Vestas are together taking a leading role in USA’s offshore industry development and bringing the USA one step closer to achieving President Biden’s goal of 30 GW of offshore wind capacity installed by 2030 as well as New York State’s goal of installing 9 GW of offshore wind capacity by 2035.

“We are honoured to partner with Equinor and bp as preferred supplier for the Empire wind projects and provide our V236-15.0 MW turbine to help New York achieve its ambitious offshore wind energy goals. To be part of a landmark project like Empire Wind 1 and 2 is a testament to the hard work of Vestas colleagues across the world dedicated to developing offshore technology capable of delivering, reliable, resilient, and sustainable wind energy to communities around the world,” said Laura Beane, President of Portland, Oregon-based Vestas North America.

The tower sections for Empire Wind 1 and 2 are planned to be sourced from the Marmen/Welcon plant, which is being developed in Port of Albany. For staging of turbine components, Vestas will use the upgraded port at South Brooklyn Marine Terminal.

This will help economically revitalize that area, developing a local, New York-based, supply chain to provide a comprehensive set of services in the staging, pre-assembly and installation activities.

In addition, Vestas will deliver a comprehensive multi-year solution to service the wind farm when operational, with the goal to establish a New York-based service organization providing high quality, local employment opportunities.